All attempts to disprove scripture have failed. The Bible truly is God’s word

Despite 2,000 years of people trying to disprove the Bible, no one has ever succeeded. Far from being a contradictory, oppressive book that promotes sexism and homophobia, the scriptures bring freedom and life, says Brian Brodersen 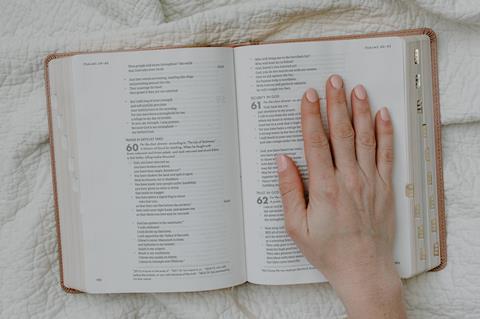 If you have been a Christian for any amount of time, you will have no doubt heard someone criticise the Bible.

“Why would you read the Bible?” they ask. “Don’t you know it’s filled with contradictions and inaccuracies?” Or: “the Bible is nothing but a bunch of myths written by ignorant men from the pre-scientific age; how could anyone take it seriously?”

Even more commonly today, we hear people arguing that the Bible is an ‘oppressive’ book that promotes sexism, racism, homophobia and a whole host of other reprehensible views. If any of that were true, there would be no reason to take the Bible seriously, and many good reasons to reject it altogether.

But the truth is, the Bible is not filled with contradictions and inaccuracies; nor is it anti-science. In fact, most of modern science’s early pioneers were also men of faith who believed the Bible to be true: Bacon, Kepler, Newton and Pascal to name just a few.

After more than two centuries of facing the heaviest guns that could be brought to bear, the Bible has survived

As for the accusation that the Bible is ‘oppressive’, certainly some have used it that way, but the vast majority have found the Bible’s message to be the greatest source of liberty the world has ever known.

There is a reason why tyrants throughout the centuries have sought to keep the Bible out of the hands of common people. They know it is the ultimate source of truth, and therefore has the power to set people free. Communists, fascists and ayatollahs haven’t banned the Bible because it’s a book full of myths and niceties; they’ve banned it because its message continues to be a threat to their power.

Despite the negative press that the Bible receives, it is still the number one bestselling book in the world, year after year. The idea that it is inaccurate, outdated, irrelevant or oppressive is, apparently, the minority view.

From the very beginning, Jesus and his apostles have viewed the Bible as God’s word. And this is the view that continues to be held by faithful believers today. Every word, verse and chapter is God’s word. This is what the Bible claims for itself, and this is what Christians have always believed.

The apostle Paul puts it beautifully when he writes to Timothy: “All scripture is God-breathed and is useful for teaching, rebuking, correcting and training, so that the servant of God may be thoroughly equipped for every good work.” (2 Timothy 3:16-17).

Peter writes something similar: “For prophecy (scripture) never had its origin in the human will, but prophets, though human, spoke from God as they were carried along by the Holy Spirit.” (2 Peter 1:21)

These words give us the doctrine of the inspiration of scripture. And this teaching goes all the way back to the apostles. In fact, it goes even further back. Jesus said of his own words: “Heaven and earth will pass away, but my words will never pass away.” (Matthew 24:35)

The Bible is verifiably true, we can trust everything it says.

My contention - and that of many others - is that the Bible is true, and has proven to be so over and over again.

In 1974, Time magazine carried an article exploring the reliability of the Bible. In the conclusion, they stated: “After more than two centuries of facing the heaviest guns that could be brought to bear, the Bible has survived— and is perhaps better for the siege. Even on the critics’ own terms—historical fact—the Scriptures seem more acceptable now than they did when the rationalists began their attack.”

In a world where the ground under our feet is shifting daily, the scriptures are the solid foundation upon which we, the people of God, must build our lives.

Jesus said, “Everyone who hears these words of mine and puts them into practice is like a wise man who built his house on the rock. The rain came down, the streams rose, and the winds blew and beat against that house; yet it did not fall, because it had its foundation of the rock.” (Matthew 7:24-25).

To find out more about why you can trust the Bible, join Brian and Cheryl Broderson, Peter Williams, Andy Bannister, Andrew Ollerton and Clare Williams for a day of conversation and learning on 10 December at E5 Church, Bristol. Book here

Brian BrodersenBrian Brodersen has been involved in pastoral ministry for 35 years. He is the senior pastor of Calvary Chapel Costa Mesa, California, president of Calvary Chapel Bible College, the Calvary Global Network, and festival director of Creation Fest UK. Brian has authored many books and is the host of Back to Basics on Premier Christian Radio