The BBC's Hillsong documentary made me weep. But they aren't the only church to be exposed 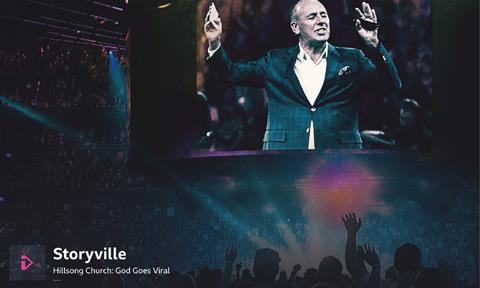 There was a moment during the BBC Storyville documentary on Hillsong Church that I broke down and wept. It wasn’t a quiet type of crying – the type where you can easily wipe away a tear – but a cry that roared from somewhere from deep within me. A broken cry of profound disappointment, utter rage and revulsion. A cry of deep pain.

I was surprised by my reaction. It came when a male survivor described how he had been molested for years by Frank Houston – the Pentecostal pastor who founded Sydney Christian Life Centre, which was later led by his son Brian Houston before merging into the now-famous Hillsong.

Last month – years after Frank Houston’s death – Brian Houston was charged by police with concealing his father’s historic sexual abuse of a seven-year-old boy. In a statement, Houston said “I vehemently profess my innocence and will defend these charges.

The rage I felt was at the thought of a powerful church leader committing the most horrific of acts in the home of someone who trusted him. But my visceral reaction was about more than that. It was the accumulation of other Church revelations that, in that moment, hit me like wave upon wave of grief.

As a child, I loved Hillsong. I remember going to my local Christian bookshop with my parents to buy their latest albums. When I visited Sydney in my early 20s, I made a point of visiting one of Hillsong’s campuses on a Sunday morning. I remember feeling disturbed by the focus of the service being preparation for a live album recording later that evening, and a little weirded out by the number of tourists taking selfies outside the door – although I guess I was one of them. That was the day my love affair with Hillsong ended.

But it’s not just Hillsong. Many of the institutions and people that we evangelicals trusted so much, and through whom our faith was formed, are being exposed. I and many others have read books like A Church Called Tov (Tyndale House), or Jesus and John Wayne (Liveright) or The Making of Biblical Womanhood (Brazos Press). We’ve listened to the explosive podcast The Rise & Fall of Mars Hill in which the bizarre and dangerous power-fuelled behaviour of Seattle pastor Mark Driscoll, who at one point was one of the most influential voices in evangelicalism both in the US and the UK, is exposed. We’ve read statements revealing abuse by former Church heroes Jean Vanier and Ravi Zacharias. It hurts because what lies beneath some of our most trusted Christian voices is the worst of humanity: sexism, racism, abuse, greed. None of this brings glory to God.

This feels like a moment of grief. But it is also a moment of awakening, of revelation. As we read in Ephesians 5:13, light exposes the true character of everything. Although it may seem like the end of the world for many, whose faith will be left in the ruins of these shattered illusions, those of us who remain should see it as a kind of apocalypse in the original sense of the word: an unveiling. Now that things are being unveiled for what they were, may we commit to building a Church that will never again focus on celebrity or power, but may we keep our eyes fixed on Jesus. The saviour who made himself nothing, served with humility, called out hypocrisy and raged at injustice.