Queen of the Sciences: Why Theology has never been more needed 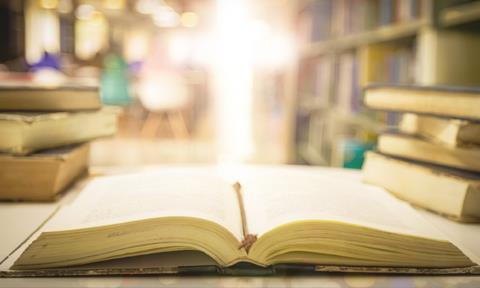 So you want to be a vicar? No. A nun? No. An RE teacher? No. This was usually how conversations went when I was a student. It was as if people couldn’t quite fathom why anyone would choose to study theology instead of other subjects deemed more ‘useful’, like medicine, architecture or law.

Against a backdrop of government cuts in funding for arts at universities, fewer people are studying theology. Instead, more is being invested in science, technology, engineering and maths (Stem) subjects as well as medicine and healthcare. Some fear that the defunding of arts subjects will lead to closures of whole departments and have knock-on effects on the entertainment industry. But for me, it’s about much more than that. It’s about what we want our world to be like.

We need doctors and scientists, but we also need storytellers; people who ask questions about what it is to be human. We need people who create art that makes our jaws drop; that invite us into the numinous – something so profoundly beautiful that it can point towards God.

While it’s true that some of those who studied theology alongside me did go on to be vicars, nuns and RE teachers, others became theatre directors, management consultants, lawyers or journalists. Theology and religious studies can provide a rich lens through which to look at the world. It can give young people a solid foundation in debate and critical thinking – something that is desperately needed in this increasingly polarised world.

Theology opened my eyes and enabled me to ask critical questions about the faith in which I had grown up in, to move away from a blind faith to an informed one that chose to hold onto a God who was big enough to hold all my doubts. From studying quantum physics and its relationship to theology, the psychology of charismatic worship, secularisation and globalisation theories and the theological themes of the poems of Samuel Taylor Coleridge (as well as biblical Greek and New Testament studies), my theology degree has given me a curious mind.

Theology has never been more needed. You cannot begin to explore some of the biggest issues of our day – from QAnon and Trump’s evangelical support to the trans debate to the rise of artificial intelligence to Islamic extremism to decolonisation - without asking theological questions and understanding how so much is related to religious belief.

Perhaps young people recognise this. I was glad to see a six per cent increase in the number of students taking religious studies at A-level this year. I’m with Professor Trevor Cooling, chair of the Religious Education Council of England and Wales, who says that religious education helps young people receive a balanced education and can help create a more cohesive society.

More people studying theology – once dubbed the Queen of the Sciences – is what the world needs right now. And we as Christians should be at the forefront of protecting it.