Jeff Lucas: Breaking the silence about depression in the Church 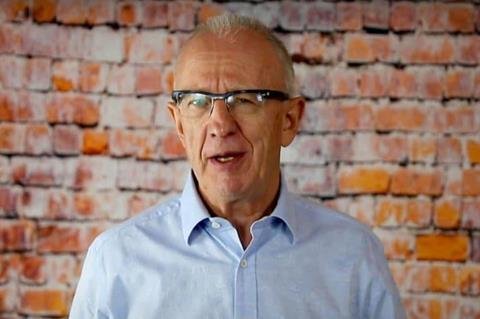 My landing on Planet Church in 1975 was not without turbulence. Those Christian people seemed very strange. But I am so grateful for the local church that welcomed me in as a brand-new Christian.

I became a believer after attending a service of baptism by full immersion. Bewildered by the presence of a miniature swimming pool at the front of the church building, I was a little frightened when the black-gowned minister waddled down into the tank dressed like Dracula and sporting rather large waders.

The aquatic mugging that followed confused me even more, as a number of hapless innocents were plunged beneath the tepid water.

There was just one problem. For my angst-filled, guilt-burdened, 17-year-old self, it was quite a lot of trouble just to s-m-i-l-e.

Sir Winston Churchill likened depression to being like a “black dog”, and my immediate family had a few kennels of our own. I am so thankful for a loving congregation and a caring pastor who helped me to find a way through, but I remember feeling irrationally ashamed about my mental health struggles.

The blues resurfaced later when I became church leader. My idealism was quickly vaporised by politicising clergy, believers who made much ado about nothing, and long hours of work for very little money.

Again, I was rescued by the kindness of a congregation that smiled rather than sneered when their 22-year-old minister dispensed his pearls of wisdom about God, life and the universe. But a few of my friends were not so helpful. I think they might have previously worked for Job. “Snap out of it,” they said. “Pray more. Trust God. Find joy.”

There were some who told me I should refrain from taking medication, which is bizarre. If I had a broken arm and my doctor suggested a sling, a sling I would wear. I felt bad because I felt bad, and so I fell silent about my struggles.

But as I turned to scripture, I discovered that God refused to present us with a group of grinning, airbrushed heroes. There was Elijah, for example, who did rather well in the miracle department but wrestled with the deepest despair.

During that autumnal season, this was one of his prayers: “I have had enough, Lord, kill me now”. It’s unlikely to be reproduced as a prayer magnet for Christian refrigerators. The apostle Paul also spoke with vulnerability about his own emotional shadows. 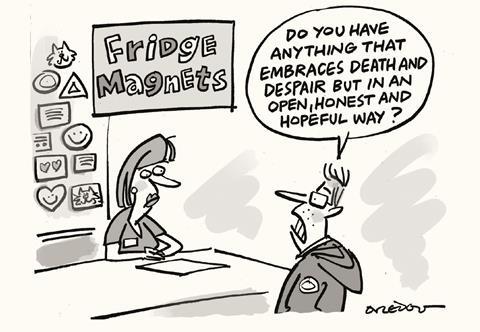 And when we peer into the gloom of Gethsemane, we see a saviour overwhelmed with sorrow “to the point of death” (Matthew 26:38).

And so, at last, I decided to speak up.

Looking back to my younger self, there are some choices that I’d never make again. You won’t find me staggering around on platform heels.

Trousers with flares will not make a comeback in my wardrobe. And I won’t be sporting a mullet, despite the rumour that it’s coming back into fashion. I just don’t have sufficient hair to make such a choice.

More importantly, I won’t slink back into shamed silence about depression, because it’s vital that we are a Church that talks openly, honestly and hopefully about mental health issues. When the arctic chill of sadness strikes us, conversation allows us to huddle together for warmth.