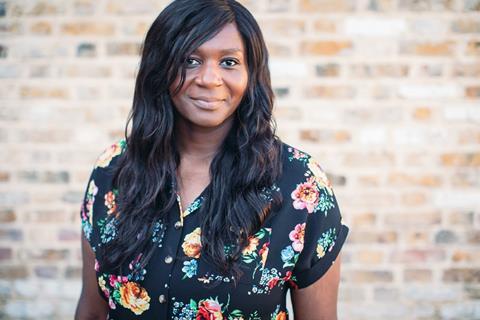 When you’ve spent your whole life referring to God as ‘he’, moving away from male pronouns for the divine takes a little getting used to.

My decision to no longer ascribe a gender to God came during the process of writing my latest book God is Not a White Man: and other revelations (Hodder & Stoughton). As I explored the way in which God’s race had been represented throughout history, and argued that the perceived whiteness of God and Jesus symbolised society’s pervasive white supremacy, referring to God in the masculine became just as problematic to me as portraying God as white. Not only was God not white, but I came to understand that God was not a man either.

As someone who specialises in writing articles on faith and Christianity, I find myself constantly having to be creative, manipulating sentence structures to avoid referring to God in the masculine. In a world where the male God is the norm, non-gendered terms can seem a little awkward. In the process of explaining to frustrated editors my decision to steer clear of ‘he’ and ‘his’ (or ‘she’ and ‘her’) when referring to God, I ‘out’ myself as one of those woke liberals. I can almost feel the virtual eye-rolls.

Growing up in the evangelical Church meant that I cringed when I came across instances in which God was referred to as ‘she’. It felt a step too far. Political correctness gone mad, you might say. To me, this is not just about wokeness or being PC (although I don’t have a problem with either), but about being cognisant of the patriarchal contexts in which the Bible has been translated and verses ascribed meanings which lean towards the only logical understanding of God as male. For me, this is about freeing God from the man-shaped box in which this male-dominated world has placed the creator.

There is no escaping the fact that male metaphors for God dominate scripture and, of course, we cannot ignore the way in which God is referred to as Father and Jesus as Son. But that doesn’t mean we have to limit God to the masculine.

Referring to God using female metaphors and language is, in fact, scriptural. In Genesis 1:27, both male and female are described as being made in God’s image; in the Hebrew and the Aramaic that Jesus spoke, the Spirit is referred to only in the feminine. In the Greek used to write the gospels, the Holy Spirit is genderless. In Hosea 13:8, God is described as being like a mother bear, in Deuteronomy 32:18 as the one who gives birth, in Isaiah as a nursing mother (49:15), a comforting mother (66:13) and a labouring mother (42:14); in Matthew and Luke as a mother hen (Matthew 23:37; Luke 13:34).

So I will no longer limit God to being male, for God is bigger and greater than we can imagine. Yes, as men and women we are made in God’s image, but God is wholly other. So instead of referring to God as ‘he’ or ‘she’, I’ll stick with my decision to refer to God as God.