Why it isn’t offensive for Christians to celebrate Passover

Last year, the Church of England was heavily criticised for ‘appropriating’ elements of the Jewish Seder Passover celebration into a Maundy Thursday prayer booklet. But Michelle Guinness, herself a Messianic Jew, says she’s never met a Jew who’s offended by Christians celebrating Passover, and there’s much value in understanding the roots of Jesus’ sacrifice 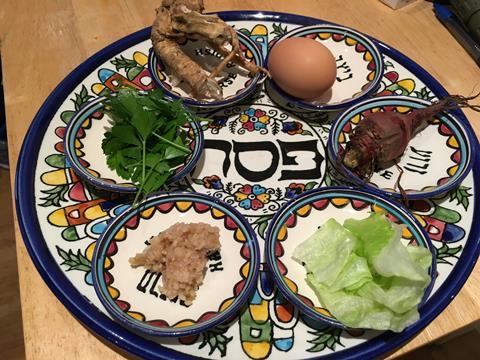 From the moment I grasped, at the age of 17, that Jesus was the Messiah, I also knew, beyond question, that Passover and Easter were two sides of the same coin. Woven through almost every page of the Old and New Testaments was the story of the great escape of God’s people from their slavery in Egypt. How could Christians begin to comprehend the significance of the great theme of freedom, that culminates in crucifixion and resurrection and is then lived out in the life of faith, if they have no reference point for the start of the journey?

How do they make sense of communion and why it is celebrated so solemnly? How do they understand Paul’s reference to Christ as the Passover lamb, sacrificed for us, and our keeping the festival “not with the old yeast of malice and wickedness” but with matzah - in other words, bread without yeast - “the bread of sincerity and truth” (1 Corinthians 5:7-8)? And what about “the cup of blessing which we bless” (1 Corinthians 10:16) - a reference to the third of the four Passover cups of wine? It is quite clear that Paul is encouraging the predominantly non-Jewish church in Corinth to observe the Passover.

My husband, Peter, is not Jewish but comes from a family with a long history of Judeo-Christian dialogue and the fight against antisemitism. So, from the beginning of Peter’s ministry as an Anglican vicar, we celebrated Passover in all our churches. It turned out to be immensely popular with believers and non-believers alike. In West Yorkshire, they said: “It were better than a night out at pub!” In Halifax, an elderly man enthused: “I’nt it great the way them Jews sing our Psalms?”

In Coventry, we actually held it in an upper room and ended the party atmosphere with a silent descent into a darkened church where, in accordance with Christian tradition, the altar had been stripped. There, some half an hour later, we found around a dozen children kneeling quietly in a row, gazing up at the cross, lit only from above by a single spotlight. In Lancaster, we were joined every year by an Israeli Jew who told us it reminded him of home and that he loved the “additional bit” - communion - we had added at the end. One year, we were joined by ten students from mainland China, who stayed behind to ask Peter if he could explain “the basement of his Christian faith.” And in Gillingham, they told us we had joined up the dots for them between Old and New Testaments.

Passover is not a liturgy; it is an experience

So it staggers me that some church leaders, usually at the more traditional end of the spectrum, are so opposed to the idea of Christians celebrating Passover. I suspect they have never been invited to an authentic Jewish “Seder” (as the service is called) because they refer to it as “a liturgy”. Passover is not a liturgy; it is an experience. It is a magical mix of song, storytelling, symbolism, drama, games, chat, food, wine-imbibing, jokes, laughter and fun. Every guest is supposed to feel as if they were actually oppressed by a terrible tyrant and are now fleeing to a promised land and safety - highly relevant in a time of war, with so many refugees fleeing conflict. My grandfather used to sigh: “Oy, we slaved from morning ‘til night!” and we children thought he had actually been there. I had a children’s Haggadah, or service order book, that tells the Exodus story. Mine was a pop-up version. I could drown the Egyptians in the Red Sea just by just pulling a tab.

Our church Passovers followed the Haggadah until the third cup after the supper, which metamorphosed seamlessly into communion. Theological explanation was kept to a minimum. Folk were not expected to understand it all but use their imagination to enter in to the experience; to see how sacred and secular can be totally integrated; how the simplest foods - eggs, horseradish, watercress, matzah and wine - can appeal to all the senses and become symbols; how children can be involved and engaged; how a service could last four hours. If one or two older members dozed off, as my grandfather always did - and he was leading the service - it really didn’t matter. Ultimately, why, despite the suffering that lay ahead, Jesus could say that he looked forward to this last party with his friends, and then left them with one special ritual to enable them to remember him forever.

Which Anglican liturgy can compare? I fear that the detractors who say: “We have our own Maundy Thursday services,” are subconsciously focussed on the brain-centred British, largely adult congregations. Perhaps that’s why the Church has already haemorrhaged two generations. They then project their own suggestion of antisemitism onto the Jewish people. But I have never yet met a single family member who wasn’t delighted that Christians were exploring their Jewish roots. “Christianity was just a Jewish sect, after all,” they tell me. “So it’s about time they understood and appreciated the riches of their forgotten heritage.”

For more resources on running a Passover celebration in your home or church, including traditional Jewish recipes, visit Michelle’s website

Michele GuinnessMichele Guinness was brought up in a practising Jewish family and worked for many years as a presenter, researcher and writer for national TV and radio. She is the author of 14 books, most recently The Contemporary Woman (Hodder & Stoughton). Married to a retired vicar, the couple have a grown up son and daughter, and six grandchildren.