What finding Jesus taught me about my Jewish roots

When Jennifer Rosner became a Christian at university, she had no idea that her new-found faith would lead her ever deeper into her Jewish heritage. Here, she shares her story 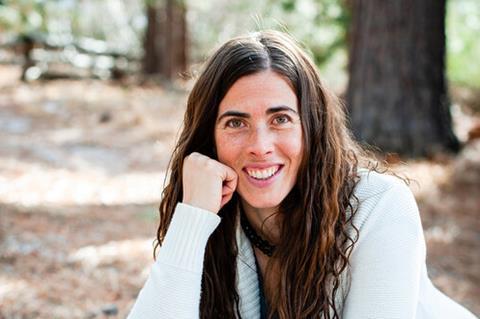 I sat on the beach, watching the waves crash on the sandy shore. The grey clouds overhead obscured the sun, and the reeds around me swayed in the wind. It was my last year in college, and I felt like my entire life had led up to this moment.

My Bible lay in front of me with the page opened to John 15:4: “Abide in me, and I in you.” Yes, I am not alone. I am not the architect of my life. Abide. Yield. These words felt like a new kind of calling.

As I stared out over the ocean, I thought of the Judaism of my childhood, which had left me with many questions. It left me wanting and wondering. Up until that point, my life had not been anchored in the richly grounding Jewish calendar, whose beauty I would discover only years later. My spirituality was elementary, but the hunger inside – for greater meaning, clearer direction, intimacy with God – was palpable. The yearning had become the central theme of my life.

I sensed truth in the pages of the New Testament, and it was as though I couldn’t but yield my life to this man named Jesus

I thought back over my college years. I had followed my brother to Cal Poly, a large public state university on the central California coast. We were there at a time when God was on the move. The local Campus Crusade chapter (now called Cru) grew from 30 people to 500 during our undergraduate years. My roommate - and almost all my friends - were Christians, and though my best friend in high school had been Catholic, I not heard the gospel until college.

Stepping into the unknown

I didn’t see how the pieces could fit together, how my Jewish upbringing could coinhere with the Christian faith of my peers. And yet Messiah’s allure seemed to dismantle any intellectual barriers I could create. I sensed truth in the pages of the New Testament, and it was as though I couldn’t but yield my life to this man named Jesus.

On the beach that day, I couldn’t know that this momentous step into Christianity (which has historically defined itself over against the Jewish environment from which it sprouted), would eventually lead me back to the Judaism of my childhood; deeper into it than I had ever been. I couldn’t know that accepting Jesus – Israel’s Messiah – would lead me to Jerusalem, to my husband, to my community and to my vocation.

All I knew at the time was that I no longer wanted to go to law school, as most of the political science students in my department planned to do. I knew that the next chapter of my life needed to be about feeding this flame, nurturing this newfound faith. For me, that meant pursuing an Master of Divinity degree at Yale University, where I could dedicate my days to reading theology and Church history, to studying Hebrew and Greek. Ecclesially, I wasn’t sure where I fitted in. In college, I had accompanied my friends to a Vineyard church. At Yale, I found myself worshipping at an Episcopal church close to my home.

Returning to my roots

Living in New Haven, Connecticut, afforded me the opportunity to regularly connect with my cousin Rachel, who was living just a short train ride away in New York City. She was in the process of converting to Orthodox Judaism and, every month or so, we would spend the weekend together, sharing about our faith journeys and what they meant to us.

It wasn’t long before I began to feel a new longing for the Judaism I had unwittingly left behind and that Rachel was pressing ever more deeply into. For the first time in my life, I started to wonder if it might be important for me to marry someone who shared my Jewish identity and not just my Christian faith.

From there, my journey led me back to California, to pursue a PhD at Fuller Theological Seminary. My doctoral advisor, Howard Loewen, would become an instrumental figure in my ongoing spiritual, academic and vocational development. He helped me see that my Jewishness matters in how I approach Christian theology, and he introduced me to Mark Kinzer, his longtime friend and one of the world’s leading Messianic Jewish theologians.

Peeling back the layers

It was only at that point that I began to glimpse the way my Jewishness and my faith in Jesus could coexist. Kinzer, and the community he invited me into, embodied what it meant to follow Jesus as a Jew, as Jesus’ own disciples did. It was then that I began to peel back the layers of Church history and see how deeply political Christianity’s path toward ‘orthodoxy’ had been, and how it had gone hand-in-hand with the parting of the ways between Judaism and Christianity.

And then I was hooked. The hunger I had felt turned into passion, and I knew that my life’s vocation was to forge forward on this difficult in-between path, fraught with obstacles and misunderstanding. After finishing my PhD, I took a trip to Israel with a friend. While we were there, I was introduced to a man named Yonah, a Messianic Jew who had been raised in America but who had immigrated to Israel a decade earlier. For him - and in a way that was still very new to me - Judaism was the natural home for his faith in Messiah. I was immediately drawn into the richness of the Jewish rhythms and community that came so naturally to him. We long distance dated for a year – me in Los Angeles, him in Jerusalem – and then married in my parents’ backyard in northern California.

Now, ten years, two international moves and two children later, Yonah and I continue to find our way through the space between Judaism and Christianity. The communities that ground us represent both the fragmented nature of our religious identities and our commitment to forging bridges and imagining new ways forward.

The journey has by no means been linear nor easy. It has been fraught with uncertainty and liminality, misunderstanding and loneliness. And yet, this path has turned out to be the font of my life’s great joy. It is this path, with all its toil and tension, tears and anguish, that has proven to be my meeting place with God—the God of my ancestors, the God of Israel, the God who is fully revealed in the person of Jesus Christ.

Jennifer RosnerJennifer M. Rosner is affiliate assistant professor of systematic theology at Fuller Theological Seminary in Pasadena, California, where she completed her PhD on the relationship between Judaism and Christianity. She is the author of the forthcoming title Finding Messiah: A Journey into the Jewishness of the Gospel. She also previously authored Healing the Schism and coauthor of At the Foot of the Mountain.