Why Christians should oppose a ‘gay conversion therapy’ ban

Pastoral ministry is a private consensual conversation, but activists are seeking to criminalise it, says the chief executive of Christian Concern 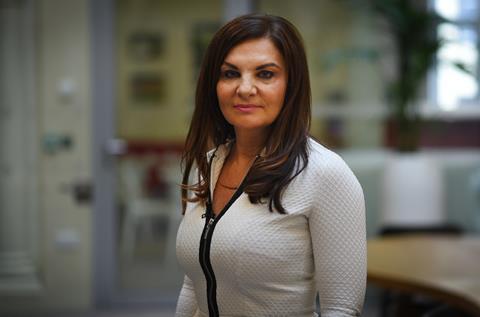 No new laws are needed

Christian Concern’s position is that no new laws are needed in the area of ‘conversion therapy’. Any abusive physical acts done in the name of ‘conversion therapy’ are already illegal. The government consultation document agrees with this and proposes not to introduce any new offences in relation to physical acts. Therefore, what new laws it does propose to introduce will only relate to things that are said. Here anyone who cares about free speech should immediately be alarmed. Do we need new laws to restrict what people can say?

Here again, our answer is no. Abusive or threatening language with intent to cause harassment, alarm and distress is already illegal. No one has been able to give us an example of something that is not already illegal that should be made illegal. Without such an example, it is clear that any Christian, or anyone at all who cares about basic freedoms for that matter, should strongly oppose government intervention to legislate to restrict certain conversations.

Any government intervention to restrict certain conversations will breach basic human rights. People should be able to seek help by talking with a therapist, counsellor, youth worker, or friend without government permission.

Stopping people from talking about certain things unless they sign a consent form is a breach of Article 10 rights to freedom of expression. It is also a breach of Article 8 rights to respect for your private and family life, and Article 9 rights to freedom of thought, belief and religion. All LGBTQ+ identifying people should be able to have conversations without needing government permission to do so. Others should be able to talk with people about their sexual identity or gender identity struggles without fear of prosecution. The government proposals will breach human rights and so we should all strongly oppose government intervention in principle.

Talking therapy should not be criminalised

Christian pastoral ministry is being targeted by activists

Imagine you are a pastor or youth worker. A Christian teen in your church is struggling with their identity as a man or woman and wants to understand what the Bible teaches. You arrange to study relevant Bible passages on these topics and pray together. You encourage them to embrace both their created identity – the physical reality of how God made them – and find comfort in their Christian identity. Not only could this be deemed conversion therapy, but if the Christian was under 18 or didn’t sign a government approved consent form, this could easily be considered a criminal act.

What if in the following ten years that teen goes to university, embraces a gay or trans identity and retrospectively claims you were in a position of power over them and coercing them? What if they decide their new identity is good, but blame any negative mental health feelings they now have on the teaching you gave?

This isn’t theoretical. It’s very similar to many of the stories from those who vocally call for a conversion therapy ban. These stories that are shared are routinely accepted by the government’s research and by media outlets without any opportunity for faithful Christians to explain the true nature of what happened.

Experience shows that caveats in legislation do not tend to hold over time. Abortion was meant to be allowed only in the rarest of cases, now it is effectively given on demand. Civil partnerships were never intended to be a pathway to same-sex marriage. Where euthanasia is legalised for exceptional cases, what counts as ‘exceptional’ is gradually increased. Once there is a criminal offence for ‘conversion therapy’ we can expect more and more things to be considered a breach of the law.

The government proposes that under-18s should not be able to consent to ‘conversion therapy’. This means any conversation with young person which questions a transgender identity or encourages them to embrace a biblical understanding of sex and gender could be deemed ‘conversion therapy’ and subject to criminal sanctions. Therefore, young people who desperately want to talk in private with a trusted person about their identity struggles will be prevented by law from doing so. What Christian would not strongly oppose this?

Furthermore, LGBTQ identifying people will become a high risk category for therapy in general. What happens if the treatment for depression reduces their same-sex attraction? What if they later accuse you of ‘conversion therapy’? These risks will mean that most therapists will avoid treating LGBTQ+ identifying people. Therefore, government intervention in ‘conversion therapy’ will harm the very people it is intended to help. Everyone should therefore oppose government intervention in principle.

Any government intervention to ban ‘conversion therapy’ will lead to a chilling effect on conversations or discussion about sexual or gender identities. People will fear saying what they really think. As it stands today, Christians are often afraid to express their support of biblical sexual morality. They avoid talking about it, and sadly churches often avoid preaching or teaching about it, even though it is perhaps the biggest cultural challenge that the church faces in the UK in the present generation. A new law will only exacerbate this problem and cause people to be even more cautious about expressing Christian views on sexual morality. The culture at large will also become more antagonistic towards biblical sexual morality and accuse people expressing an orthodox position of being pro-‘conversion therapy’, or even of engaging in ‘conversion therapy’. This chilling effect is harmful to the gospel. Therefore, any Christian should strongly oppose government intervention in ‘conversion therapy’ in principle.

Any one of these reasons would be enough to show why all Christians should strongly oppose government intervention to criminalise ‘conversion therapy’ in principle. Collectively the case is unassailable. The very gospel of conversion and transformation is at stake. Christian conversion only comes after conviction of sin and repentance for sin. Conviction and repentance come very often through conversations. The plan to ban ‘conversion therapy’ is an attack on the central Christian message of hope, of change, of forgiveness, and of transformation.

We urge all Christians, and others, to respond to the consultation and to answer the first in principle question by selecting ‘strongly disagree’. The deadline for responding is 10 December.

Premier Christianity is committed to publishing views from across the UK Church. For an alternative perspective on this story, see here.

The Government consultation is open until 10 December and can be accessed here.