Ten years ago, no one would have batted an eyelid at Maya Forstater’s view that “men cannot change into women” says Lois McLatchie. Nowadays, expressing such a view can result in you losing your job, she observes. 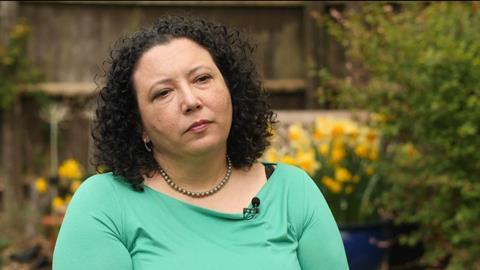 It might be women’s history month, but there’s never been a more complicated time to talk about being female.

Just ask Maya Forstater. The 47-year-old think tank consultant lost out on a job contract renewal for having expressed her personal beliefs. As with many good stories of our day, it all started with a simple tweet.

“I don’t think being a woman/female is a matter of identity or womanly feelings,” she said in one post. “What I am so surprised at is that smart people who I admire…are tying themselves in knots to avoid saying the truth that men cannot change into women,” she wrote in another.

It’s a belief that has quite literally been around since the beginning of time. Up until ten years ago, few would have batted an eyelid. And yet when Maya first sought justice, the employment tribunal judge said that this view, rooted in biology, was “not worthy of respect in a democratic society.”

Thankfully, at an appeal stage last year, this decision was overturned in recognition that Maya had faced workplace discrimination because of her views.

This week, she is back to face a final hearing, hoping this victory will be upheld.

To hear a judge say that one’s deeply-held belief is “unworthy of respect” must have been jarring. But in the era of cancel culture, it’s easy for keyboard warriors to instigate a frenzy of accusations of that accord. Best-selling author and survivor of domestic abuse JK Rowling was recently accused of “feeding a genocidal impulse” for her support of women-only spaces, such as in changing rooms and abuse shelters. Such hyperbolic accusations are serious. If they don’t trigger emotionally-draining, financially-crippling legal investigations, they can freeze the ability for people to engage in free and open discussion for fear of saying the wrong thing, and being banished out into the cold.

Neither Maya nor JK Rowling have ever linked their views to faith. But for Christians, these matters are also of serious consequence. In addition to biological fact, the belief “male and female, he created them” is rooted in scripture and is, for many, a significant part of the good news of the gospel (Genesis 5:2). We are called to honour every person as they are, loved and made in the image of God. But already, quoting this verse has seen grandfathers arrested on the streets of London and an MP put on trial in Finland. With requests for pronoun declarations in email signatures, or ideological training modules to pass, pressure to change one’s Christian beliefs is growing.

Maya’s victory, which stands in the balance, settled some critical questions about whether a Christian can indeed practice their faith in public as well as in the privacy of their own mind. In honoring her right to free speech, the judge referenced case law from the European Court of Human Rights: “Freedom of expression…must allow for ideas that ‘offend, shock, or disturb”.  There is comfort in the discomfort of democracy. We don’t have to agree all the time.

Freedom of expression must allow for ideas that offend, shock, or disturb

Offense, shock and disturbance are never reactions that we are looking for to our faith. At the office water cooler, “You can’t say that!” are the four little words we dread to hear most. But who exactly decides the rules here? According to Maya’s case, authorities should show liberal tolerance to those with different viewpoints. In fact, sometimes views which run against the grain of “groupthink” can be all the more valuable. Where would we be if William Wilberforce hadn’t spent his entire life convincing people of the radical idea that slavery is wrong? Or if the Edinburgh Seven had stayed quiet on their belief that women deserved to go to university too, simply because it was unusual for their time?

Maya’s success shows that there is hope for free and open conversations to once again flourish around the staffroom. A win for her is a win not only for those who believe in biological gender – but also for those who don’t. We all benefit from hearing different views and ideas. We wait with bated breath to see if Maya will be successful in her claim for discrimination – and look forward to discussing it over coffee with colleagues if she does.