This Christian tweeted a Bible verse. Now they’re on trial for ‘hate speech’ 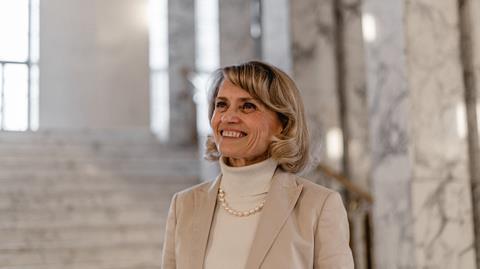 Although this seems innocuous enough, in Finland, authoring such a post could mean a prison sentence or hefty fine for engaging in “hate speech”.

Finnish Member of Parliament Päivi Räsänen will face a criminal trial this coming Monday. All because she voiced her Bible-based beliefs about marriage and sexuality in a 2019 tweet, on a radio-show and in a 17 year old church pamphlet. Bishop Juhana Pohjola who published her pamphlet for his congregation faces trial alongside her.

Unbelievably, Räsänen is officially being prosecuted for the crime of “ethnic agitation”, under the section of “war crimes and crimes against humanity” in the Finnish criminal code. A total of three criminal charges of “hate speech” were brought against Räsänen in April 2021 by Finland’s Prosecutor General. This committed public servant, medical doctor, and grandmother of seven could be sentenced to two years in prison.

How can Finland, a country that often tops the charts in rankings regarding adherence to the rule of law, so blatantly disregard the fundamental right to freedom of speech?

Some might think it another example of “cancel culture”, but this goes beyond people distancing themselves from someone. It’s the government threatening prison over beliefs held by a large group of people.

As an active member of the Finnish Lutheran church, Räsänen had addressed the leadership of her church and questioned its official sponsorship of the LGBT event ‘Pride 2019’, accompanied by an image of a Bible text from the book of Romans.

Once investigations into the tweet began, the police went looking for other things Räsänen has said and written over the years. They even went back as far as 2004 – to a church pamphlet written before the law she is being prosecuted under was even in force.

Yes, some people might be offended by Räsänen’s views. Some may disagree with her choice of words. Some might believe policing “hate speech” promotes tolerance and diversity. But it’s not about whether you agree or disagree with Räsänen’s statements. Censorship and criminal sanctions aren’t in anyone’s interest. Even those opposed to her views have joined in defending her freedom to be able to express them. Primarily, however, Räsänen relies on the support of her family, her parliamentary assistant and the many Christians around the world who have been praying for her.

Our faith-based legal advocacy organisation ADF International is supporting Päivi’s defense because no one wants the government policing our beliefs and opinions. Could any of us survive having almost two decades worth of things we’ve said combed through by a top prosecutor and be confident that every single sentence was inoffensive? If the statements of our high-profile leaders are taken out of context, and the beliefs they espouse are suddenly criminalized, the average person will surely be intimidated into retreating from public discourse altogether.

as George Orwell once famously said, “If liberty means anything at all, it means the right to tell people what they don’t want to hear”

This isn’t tolerance, this doesn’t promote diversity, and it certainly isn’t conducive to democracy. Restrictions on our fundamental freedoms must be extremely limited and well-defined. For example, when it comes to freedom of speech, everyone agrees that incitement to violence is impermissible. But as George Orwell once famously said, “If liberty means anything at all, it means the right to tell people what they don’t want to hear”. No one wants an Orwellian future of solely parroting state-sanctioned speech.

It is clear that the Finnish Prosecutor General wants to make an example of Räsänen. Even if it seems unfathomable that she or Bishop Pohjola could be incarcerated; the mere launch of the police investigations into Räsänen and the looming trial demonstrates to onlookers that their right to free speech cannot be taken for granted. This inevitably leads to self-censorship and the weakening of democracy.

Räsänen’s case may or may not be the canary in the Twittersphere, but it definitely points to the importance of properly protecting fundamental freedoms.

If we’re not free to also tweet unpopular opinions – or even unpopular Bible verses - not only Räsänen, but all of us will soon suffer the consequences of having our speech policed.

Sofia HörderSofia Hörder, writes for ADF International and can be found on Twitter at @HoerderSofia.