What China is doing to its Christians is no game. We need to speak out during the Olympics

Chinese Christians are coming under ever-increasing scrutiny and persecution. As the Winter Olympics commence, the international community must keep pressure on China to deal with its human rights abuses 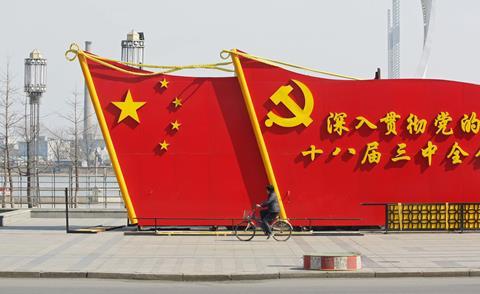 The Winter Olympics have begun in China, and with the extraordinary success of Team GB in recent summer Olympics, you would expect there to be a buzz of excitement about. However, I sense more than a little ambivalence when it’s discussed around me. These games are taking place against a backdrop of industrial-scale human rights abuses. Some, including members of our own parliament, are calling it genocide.

For Christians living - or, more accurately, surviving - in the People’s Republic of China, the Olympics matter very little. Indeed, with the games drawing more of an international focus on life in China, church leaders in Beijing are preparing to keep a low profile to avoid coming into conflict with Chinese authorities.

According to Zhang Wei* a local contact for Open Doors: “At times of major events like this, ministers are warned to ‘behave’, ‘be quiet’ and ‘remain invisible in the public domain’.” Pastors who are suspected of conducting church activities other than low-profile regular Sunday services can be forced to have what are known as ‘tea meetings’ with local party officials – these contain rather more threats and interrogation than actual tea. It’s all part of a new strategy for managing and intimidating Christians.

Christianity has grown exponentially in China over the last 50 years, with the estimated 100 million Christians now outnumbering members of the Chinese Communist Party (CCP). However, since Xi Jinping became president, things have changed. “Most house church gatherings in commercial buildings have been told to shut down and have become invisible,” says Peony*, who oversees the work of Open Doors in China. “They now meet in homes. We estimate about 80 per cent of churches have been pressured into meeting in smaller groups.” Even state-sanctioned Three Self Patriotic Movement (TSPM) churches have been forced to downsize and merge together.

Ministers are warned to ‘behave’, ‘be quiet’ and ‘remain invisible’

China is number 17 on Open Doors’ World Watch List, which ranks the 50 countries where Christians face the most extreme persecution. This new wave of persecution against Christians in China is subtler and more sophisticated than previously, involving a twin strategy of suffocating and subverting. Suffocation comes via the tightening of restrictions for Christians fellowshipping together (even online chatrooms are banned), accessing Bible resources (Bible apps are now banned), and evangelising (young people are banned from attending churches and all communications are monitored).

Alongside the numerous reports of pastors being arrested, churches demolished and crosses taken down from church buildings with little or no warning, a subtler subversion of Christianity is also unfolding in China. In May 2021, the CCP established new rules which required religious leaders to “love the motherland [and] support the leadership of the Communist Party and socialist system.” Churches in Shandong Province (and increasingly elsewhere) have been forced to display government posters with Bible verses to illustrate the twelve socialist principles. There are also reports of official re-writings of biblical texts to better fit with communist ideology.

Clearly, the Chinese Communist Party sees the Winter Olympics as an opportunity to cleanse its tarnished brand on the global stage. So we can expect a carefully choreographed event with a very tightly managed public relations programme – all accompanied by diplomatic (aka economic) pressure to limit criticism and elicit acclaim. That’s how the CCP operates.

Thankfully there is a growing awareness of the need to speak up by governments. In order to capitalise on this momentum and sharpen the focus on China’s appalling human rights record, Christians everywhere should take the opportunity afforded by the Winter Olympics to shine a light on what is happening. It is an opportunity not only to pray for the persecuted church in China, but also to speak up for those who cannot speak for themselves, and to rally the international community to take a stand.