Think before you speak. God loves the person you’re disagreeing with

Following the shooting of Black Lives Matter activist Sasha Johnson, the former leader of the Liberal Democrats Tim Farron urges Christians lead the way in modelling what it means to disagree well 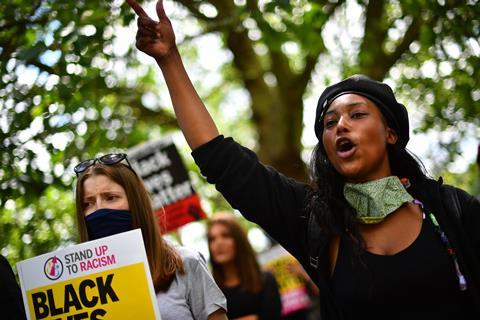 The leading Black Lives Matter activist, Sasha Johnson, is in intensive care after being shot on Sunday. Neither the motive nor the attacker have yet been identified and we don’t yet know whether she was the intended target. However, as a prominent activist, Sasha had received death threats in the past.

The issue of violence has also raised its head in politics in recent days, as a prominent Northern Ireland Loyalist told a House of Commons committee that he would not rule out a return to violence in the province. And this week, Labour have chosen Kim Leadbetter to be their candidate in the Batley and Spen by-election - the seat previously represented by her sister Jo Cox, who was murdered in 2016 as she was serving her constituents.

During my time as leader of the Liberal Democrats, I received at least one credible death threat, and several more that the police considered to be less of a concern. When I spoke to the police about this, I was horrified to find that this was considered a standard experience for those in the public eye - and especially for women, who receive a disproportionately high number of violent threats against them.

Acts of violence tend not to spring up spontaneously. Hate and vitriol in our public debate – whether it be online or in person – surely creates the soil from which violence can spring.

The UK currently feels like a much divided place. There are many who see culture war as beneficial to them politically, or else are swept along by their passions until they see the other side as not just wrong, but morally inferior. We can also feel pressured to conform in our beliefs to one tribe or another – and there is no freedom to be nuanced, to tolerate rational debate for fear of being expelled from the tribe.

As Christians we should seek to model a better way. We can - and should - be angry at injustice, but we must see those who take a different view to us as people of immense dignity created in God’s own image. As such, we are to treat them with kindness, gentleness and respect. We see today’s political issues as important to the welfare of our neighbour… but at the same time we also consider those issues to be temporary. Just as every ideology and every government is temporary, so we need not panic or explode in fury if we find ourselves on the losing side, nor gloat and denigrate our opponent if we are winning.

When we write or speak, we must remember that those we disagree with are fearfully and wonderfully made by the One whom we should all fear. They are beings for whom our God chose to die. They may spit venom at us, yet we are called to show grace towards them. To treat one with whom we disagree with grace might feel an unsettling or even dangerous thing, as we potentially invite criticism from our own side.

But this approach cannot just be theoretical – it can and must be practical, because we are not living in our own strength. This Sunday was Pentecost, where we remember the Holy Spirit first coming on the disciples and transforming them from terrified and uncomprehending into powerful messengers of the gospel. It is a reminder that the Spirit can give us all the strength we need to be his witnesses in a time of confusion and anger, to point to the One who created all of us as bearers of his image and who will one day reconcile all things to himself.