There’s no place for transgender athletes in women’s sport, but Christians must show compassion

A world without God at the centre has led to the mess we are observing in sport, says Jonny Reid from Christians in Sport. In an attempt to balance inclusion with competition, the emergence of trans athletes is undermining the future of women’s sport 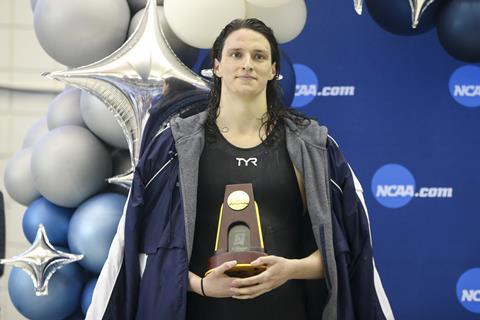 In the last week, a debate has raged around the inclusion of transgender athletes in women’s sport. In America, this began with the story of Lia Thomas. She became the first transgender woman to win an NCAA swimming championship having previously never qualified for the national championships as a man. In England, the story focused on Emily Bridges, who was due to race in the national omnium championships at the weekend before the global cycling body intervened. A few weeks earlier, Emily, a junior champion, had been racing as a man.

When asked about the challenges presented by transgender women in sport, World Athletics president Sebastian Coe said: “I think that the integrity of women’s sport – if we don’t get this right – and actually the future of women’s sport, is very fragile.”

British athlete Ellie Baker tweeted this week about Bridges: “This is totally unfair. The advantages a trans woman has had from going through puberty as a boy to a man can never been [sic] undone.”

Other sporting and cultural commentators have been saying the same. Many have noticed that we see a clear distinction between men and women’s sporting ability. They’re acknowledging the fixed nature of biological sex without realising the source of that absolute truth.

For Christians our worldview begins with a God who created us, so there are certain universal truths that he establishes. These absolutes include the creation of all humanity with dignity and equality. While God makes human beings in his image, male and female, he distinguishes between the two and recognises and affirms their differences. Our biological sex is given to us by God, it is not something changeable.

If, however, our worldview does not begin with God, then our identity may be formed by our feelings. This relativism is a weak foundation on which to construct any worldview. In a society without moral absolutes, the loudest and most aggressive cultural value of the day will win. A world without God at the centre, a culture without the binding authority of a God who lovingly creates and rules, will lead to the mess we are observing in sport.

The fractured conversation in sport is about the place of inclusion versus the fairness of competition. It would be almost impossible for biological women to qualify for elite events in most sports if the balance tips in favour of inclusion. As Sebastian Coe indicates: if a person regardless of their birth sex could compete in any sport they chose, it would result in the death of women’s sport.

Doriane Coleman is a Professor of Law at Duke University in North Carolina and was a national 800m runner in the United States. She explains that the performance gap between men and women is around 10-12 per cent: “Without an eligibility rule based on sex-linked traits, we wouldn’t see female bodies on any podium.”

The biblical worldview regarding the fixed nature of biological sex means there should be no compromise regarding male access to women’s sport, but as Christians we are also called to love our trans neighbours. So how do we reconcile these two seemingly contradictory things?

It is hard to offer different solutions for the policies of governing bodies, especially around inclusion (Janice Turner tries in The Times today.) The statements from the international cycling union in the last few days indicate the confusion they’re experiencing as they seek to discern the balance between inclusion and the established criteria and regulations for fair competition.

While discussing policies and fairness, it is essential not to lose sight of the individuals involved and the agonies they face – both those struggling with gender dysphoria and those competing against them. Emily Bridges has spoken of how her transition has affected her mental health: “I’d grown increasingly aware of my gender dysphoria, and my mental health became worse and worse. I was in a bad way. I told my coach that I was suffering from depression, and I got the help and support that I needed, but I didn’t talk about my gender identity as I was scared the cycling world might find out.”

As Christians who worship a suffering saviour, we are uniquely equipped to handle suffering well and help others do the same. We can do this out of a position of humility, recognising our sinfulness in all things, including our sexuality. All people, the Bible teaches, have been made in God’s image, so all of us have inherent dignity, irrespective of our public and private struggles.

This biblical perspective leads to the call to love our neighbour as ourself. The Christians competing in a sport with perceived unfairness can return to this foundation as they wrestle with the ongoing challenges. In the coming months, as sportspeople on each side of this debate challenge one another to think more deeply and find solutions that work for everyone, Christians can be clear on the need to protect women’s sport and spaces while engaging compassionately and sensitively with the pain of those wrestling with their gender identity.