The world is changing. But Christians have the resources to cope

Our post-Covid world may never be the same, says Tim Farron 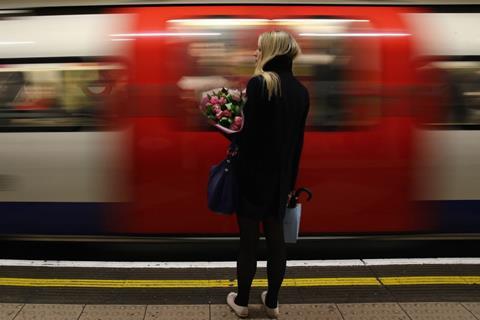 The world is changing in so many ways right now. One small example came about this week in the form of new rail season tickets for part time commuters.

The new tickets can be used for eight days in any month-long period. It’s a nice idea, and one which will save people who travel to work a decent amount of money…but it’s also a clear sign that the pandemic will have a lasting impact.

For many people, working at home has had benefits. It’s better for childcare; it might save you hours or more each day stuck in traffic or sat on public transport; it’s cheaper. The new part-time season ticket reflects the probability that while many of us will return to the office, we might not do it as often as we did.

Let’s not over state this. The idealised picture of working from home is a rather comfortable, middle-class construct. What about young workers who house share or others whose homes or home life just don’t make working there any kind of a benefit? Nevertheless, for millions of workers, things are changing.

Change can be stressful. So how do Christians cope with this? How do we respond when we can see society developing in ways that we don’t approve of? As Western cultures move away from a biblical understanding of morality, we can make two mistakes. The first is to assume that the culture we have moved away from was some kind of golden age, when of course it wasn’t, it was just flawed in different ways, full of performative religiosity, hypocrisy, cruelty, discrimination and legalism.

The second mistake is to assume that all changes are bad. Some are, but some aren’t. Many more are simply neutral – whether they are good or bad depends on our reactions to them.

Succumbing to one or both of those mistaken perspectives can make Christians miserable and less effective, leading us to react to change with a kneejerk hostility. We should be careful about that because it won’t be a good witness and we won’t always be right.

The snobbery of chronology

CS Lewis spoke about the snobbery of chronology - that is, the incorrect idea that human progress is inevitable and that the present is automatically better than the past. Parts of the present may indeed be improvements on the past, but parts will not be. The reality is that folks in the 2070s will surely look back on our culture today and either mock or deride several features of it. To assume that we are better than our ancestors is snobbery; it is arrogant. But the snobbery of chronology works both ways. The past was not necessarily better than the present either. If it seems so to us, then that’s probably just a feature of the fact that we were younger then!

Since the fall, humanity and all of our cultures have been flawed. Christians can fall into the trap, just like anyone else, of getting comfortable with how things are and becoming unsettled when things change. The thing is, change can be exciting but it can also cause great anxiety.

Christians have the resources to deal with that change far better than anyone else, which can then enable us to help society cope and prosper too. Why? Because we know that every society is flawed and that the changes that come will also be flawed, even if some of those changes are broadly positive.

In Hebrews 13:8 we read: “Jesus Christ is the same yesterday and today and forever.” And in Ecclesiastes 3:1: “There is a time for everything, and a season for every activity under the heavens”. And then in Deuteronomy 31:6: “the LORD your God goes with you; he will never leave you nor forsake you.”

Change can be benign, malign or neutral – but the enduring sovereignty of God, his good plan for his creation and his passionate, committed love for his children means that we can face those changes with a settled heart and without fear.