It’s mildly amusing to watch clerics trying to express how much they despise each other’s tribes while using the vocabulary of Christian love, says George Pitcher 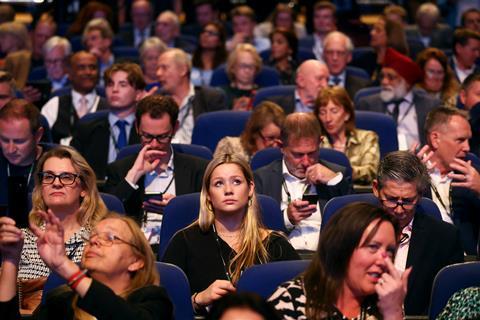 The overwhelming response of most people to media coverage of political party conferences is largely: “what’s the point?” Alternating between hubris and humiliation, they do provide some good theatre, I suppose. But beyond that, they appear to achieve even less than their delegates may have produced by staying in Westminster. So why do political parties hold them?

Part of the answer must be that humiliation requires accepting a big lump of accountability. For example, it’s hard to believe that chancellor Kwasi Kwarteng would have willingly endured the crushing g-force of such a supersonic u-turn on tax policy (more of a v-turn actually) had he not had to stand in front of 4,000-odd Conservatives and justify his eccentric mini-budget. You don’t get that kind of pressure in the House of Commons. But that’s not really an answer to the question, because the modern politician’s task is, largely, to seek to avoid accountability. So that can’t be why conferences are held.

A more candid answer may be that they’re tribal. And tribes (among other things, such as self-defence) are all about identity. It’s intoxicating and affirming to be in the same room as thousands of other people who share your ideology and want to applaud it wildly.

The trouble is, there’s very rarely only one tribe, even within a political party. The Conservatives under Margaret Thatcher and Labour under Tony Blair were, perhaps, the closest political parties have got to achieving unity in recent history. Conferences under those leaders offered delegates the opportunity to bathe in the shared adulation of their demagogues. But more often than not, tribes fragment instead of unite.

We could hope that the Church would fare better but, in truth, it’s been the same at the last two Lambeth Conferences, the decennial convocations of the bishops of the worldwide Anglican Church, hosted by the Archbishop of Canterbury.

Back in 2008, Most Rev Rowan Williams made a decent fist of holding the communion together amid the the bitterly divisive issue of Christian teaching on sexuality. This summer, Most Rev Justin Welby faced the same division, although this time against a background of (arguably) far more pressing world issues.

This is tribal warfare. “My tribe” believes that the Bible teaches sex is only permissible between a married man and woman. Therefore, ”your tribe”, who believe otherwise, can go to hell (and probably will). It’s really only another version of the party conferences taking place: my tribe believes the economy is all the fault of Brexit; your tribe believes in economic growth from tax cuts.

The Church of England’s General Synod is a microcosm of yet the same phenomena. It’s mildly amusing to watch, from the press gallery of York or Westminster cathedral, as clerics and laity try to express how much they despise each other’s tribes while simultaneously bearing the burden of expressing such rank contempt in the vocabulary of Christian love.

Delegates at Synod long to do a Neil Kinnock, who, as leader at the Labour Party conference in 1985, laid into “the grotesque chaos of a Labour council” in Liverpool, run by left-winger Derek Hatton. Believe me, Synod delegates do that – and with worse language – just in private.

Otherwise, conferences remain pretty pointless, both politically and ecclesiologically. For Tories, they look like an exercise in an assumed divine right to power; Labour gave up decades ago actually passing policy motions and the Liberal Democrats seem to manage hubris and humiliation at the same time, simultaneously returning to their constituencies “to prepare for government”, while seeking a “progressive alliance” with the big parties.

These are not models for us in the Church to emulate but, still, we do. Who, in almost any role in church management, hasn’t been to a conference which has involved some affirmation that we have a divine right to exist (Conservatives), has abandoned making Church policies (Labour) or which despatches us back to our parishes with threadbare resources to “prepare for the kingdom” (Lib Dems).

But wait. There is usually a time during any church conference when all the tribes come together: The Eucharist.

There are exceptions to this, of course; I’ve been at conferences where congregants have declined to make their communion because women, gay people or some other category of sinner of whom they don’t approve are present. I have no hesitation in calling out this behaviour, in biblical terms, as an abomination. One of the whole points of holy communion is that we all come together, as a convocation, exactly as we are and in all our diversity.

There’s a clue in the name. Every Sunday, all over the world, people come together in this way as a single body. We break bread to demonstrate that, out of the one bread, there will be many participants. We share the one cup to indicate that the congregation’s many members are witnessing to their unity by sharing it.

I don’t expect political conferences to start with communion any time soon (though parliament still starts with prayers, thank God). But it shouldn’t be too much to ask that  politicians and delegates who confess the faith of our Church, which is established in law, carry its central tenets into them.