Our new Prime Minister’s recent behaviour is a masterclass in how not to lead radical change, says John Stevens 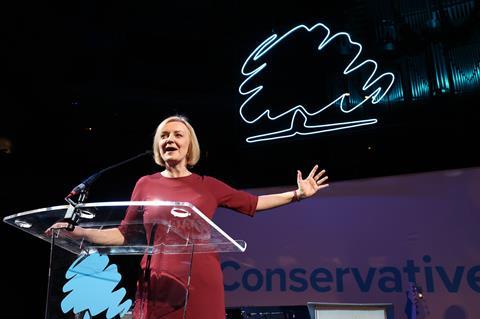 Liz Truss has been Prime Minister for just a month and clearly wanted to make her mark and change the direction of government policy. But over the past two weeks, she has provided an inadvertent masterclass in how not to lead.

The fact that the next General Election is only two years away at most means that she is under pressure to achieve quick results. The mini-budget presented by Kwasi Kwarteng, including an unexpected cut in the highest rate of income tax from 45p to 40p, spooked the markets, precipitated the withdrawal of numerous mortgage deals, necessitated the Bank of England spending £65bn to prevent the bankruptcy of pension companies, and has ended in an ignominious U-turn at the Conservative Party Conference.

Her leadership is being openly questioned, and the party is deeply divided.

Her situation parallels that of a newly appointed pastor who wants to radically change the church. She has demonstrated major leadership failings, and it is far too easy for pastors who want to make their mark to fall into the same errors. We can learn from her mistakes.

The equivalent would be a new pastor taking up his post and then seeking to change the church in ways that he had never shared during the appointment process. He should hardly be surprised if the church objects and opposes his proposals. You need a clear mandate to make radical changes.

Liz Truss and Kwasi Kwarteng apparently rejected expert advice that warned them of the inevitable consequences of their plans. Kwarteng had already sacked the senior civil servant in the Treasury because he wanted to abandon the ‘orthodoxy.’ They refused to heed the wisdom of their own economic experts. The calamitous impact of the mini-budget proposals had already been identified by Rishi Sunak in the leadership contest.

The reason they rejected advice is that they were self-confident in their own dogmatic ideological convictions. The equivalent is a pastor who seeks to change the church without seeking the advice of the wise older saints in the congregation, or of other experienced pastors who have seen it all before.

Self-confident dogmatism that will not listen to majority opinions destroys leadership credibility and churches. Beware of those who refuse to listen to advice.

The mini-budget proposals were apparently adopted without informing the cabinet. While it is often the case that specific budget measures are announced by the Chancellor without prior cabinet discussion of details, the broad framework of overall policy will have been discussed and shaped by wider cabinet discussion. This ensures collective responsibility. The new government had hardly had a chance to discuss economic strategy.

The equivalent would be a new pastor implementing policy without first gaining the consent of the eldership, or in a more congregational church model of the wider congregation. It is hardly surprising if the result is internal rebellion and loss of confidence.

The mini-budget failed to explain how the tax cuts were to be funded, leaving the impression of a vast hole in the public finances that would have to be plugged by additional borrowing. In fact, the government seems to have been contemplating significant reductions in public spending, though this was too damaging to reveal. The government wanted the benefit of the good news while trying to hide the bad news for a later day. The result was a plan that lacked coherence and was not believable.

The equivalent would be a new pastor implementing a radical plan for change that is wildly optimistic and takes no account of the costs, both financial and non-financial. Congregations and donors see straight-through fantasy proposals that lack realism. Effective leaders will be honest about the cost and risks as well as the benefits. Leaders who fail to anticipate this will quickly lose all credibility.

5. Accountability and transparency are vital

The PM and Chancellor apparently rejected the opportunity to receive an assessment of the budget proposal by the OBR (Office for Budget Responsibility). This is the independent body charged with keeping the government honest in its dealings with the economy. The PM and Chancellor tried to argue that an assessment would not be ready in time, but the OBR said that a report could have been produced and was offered. Even if this had not been possible, prudence would have waited for the report to evaluate the proposals. The refusal to await an OBR assessment feels like a deliberate attempt to avoid scrutiny and criticism of proposals that they knew would not stand up.

The equivalent would be a new pastor deliberately refusing to allow his plan to be scrutinised by the church treasurer, finance committee or deacons. It suggests he knows that there is something doggy about what he is doing, but he is determined to do it anyway. It suggests a refusal to be held to account and to act with transparent honesty that is open to question.

When the hostility to the 45p highest tax-rate cut became apparent, Liz Truss was at pains in interviews to say that it had been the Chancellor’s decision. She distanced herself from the unpopular decision and seemed to be preparing herself to throw him under the bus to save her own skin. This is disingenuous. It seems inconceivable that he could have announced such a significant policy without her having first signed off on it. She is the PM, and it is the budget of her government. Passing responsibility to her subordinate ultimately makes her seem incompetent.

7. When you get it wrong, honestly acknowledge your failure

With some inevitability, the government has had to perform an embarrassing U-turn on the cut in the top rate of tax. They have sought to sell this as a virtue, claiming that it shows that they are ‘listening’. However, their explanation has been cloth-eared. The PM and Chancellor have explained their U-turn on the basis that the policy was a ‘distraction’ from their wider growth agenda. This suggests that they still think that the policy was right. There is no recognition of the moral repulsion felt by the public and many Conservative MPs at the idea of cutting tax for the very richest people in the country while ordinary people are facing a cost-of-living crisis.

The equivalent is a new pastor rapidly backtracking from unwise radical changes he has imposed, but who fails to properly acknowledge the mistake that he has made and the damage it has caused. It is a self-serving exculpation which suggests that he has not really learned better. A genuine apology has the potential to build leadership trust, but a purely political climbdown only exacerbates the problem in the long run.

The sad irony is that the government has implemented some good plans, such as the energy price cap which will protect the most vulnerable, but this has been eclipsed and forgotten by the perceived handout to the wealthiest. It is not too late for Liz Truss to redeem the situation, but she no doubt regrets having allowed herself to get into this mess. Once goodwill and credibility are squandered, they are very hard to rebuild. A newly appointed pastor begins with goodwill, optimism and the benefit of the doubt. It is foolish to waste it in unnecessary haste and unwanted radicalism.