The first thing I am hoping for from our new Prime Minister is a deep, abiding sense of outrage

Liz Truss has been confirmed as our new Prime Minister. Natalie Williams is looking for her to carry a ‘holy fire’ in her gut; a combination of compassion and outrage that compels change for those who need it most 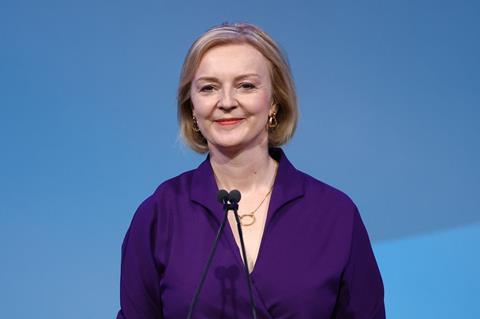 A few weeks ago I sat with a friend who told me, through tears, that she cannot think of anything else she can cut from her household budget. She explained the measures she already takes – wearing layers and blankets instead of turning on the heating, keeping electricity use to a minimum, the standard kind of things that those who live on the edge of or in poverty often think of as ‘normal’.

We were talking about the cost of living crisis and the upcoming increase in energy bills, shortly set to rise to a staggering £3,549 per year for the average home in the UK. In the end, my friend said that her only option would be to eat just one meal a day – that’s the only way she can save any more money. Even then her energy bills, plus the rising cost of food and petrol, will mean she won’t have enough to keep on top of it all.

The expression about people choosing between ‘heating or eating’ has become so common over the last few years that it seems to have lost its impact. Politicians, journalists, the average member of the public who lives in relative comfort – we seem to have lost a sense of shock that in one of the richest nations of the world, tens of thousands of people are weighing up each week whether they can feed themselves or keep warm.

Last winter, I did two BBC radio interviews with a woman who had nearly died from hypothermia because she couldn’t afford to heat her home properly. This simply should not be so. And that’s why the first thing I am hoping for from our new Prime Minister is a deep, abiding sense of outrage.

We’re not in our position for ourselves, but for those who are stuck with no way out from under the weight that is crushing them

You might expect me, as the leader of Jubilee+, a charity that equips Christians and churches to support those in poverty in their communities, to start by asking that Liz Truss lead with compassion. I do want that. I really do hope for that. But I think that compassion and an appropriate sense of outrage go hand-in-hand.

We see it in God himself, described as the “Father of compassion” (2 Corinthians 1:3) and yet who burns against injustice. Jesus took the time to make a whip so he could clear the temple (John 2:15). There is a right - and righteous - outrage that refuses to leave things as they are, especially when people are suffering.

I believe that leaders – whether of nations or charities or churches or businesses – should carry something of a ‘holy fire’ in their gut: a combination of compassion and outrage that compels them to do whatever they can to bring about change. Not just any change, but change from wrong to right. Leaders need a clear vision not just of a possible future, but of what is simply not right in the present.

But leaders also need to have a clear view of their own responsibility. To quote Spiderman: “With great power comes great responsibility.” This should sit heavily upon those of us who have the privilege of leading – not as an unbearable weight that crushes us, but as a sober reality that we’re not in our position for ourselves, or even for ‘our people’, but for those who are stuck with no way out from under the weight that is crushing them.

I hope that our new Prime Minister will look around her and see that there are many in our rich nation who are trapped in poverty, and many more who live constantly on the cusp of it, knowing that one more rising bill will tip them over the edge.

I hope she will listen to the growing number of stories of people who are genuinely struggling under the weight of impossible choices, not limited to ‘heating or eating’ but, in many cases, more along the lines of: “Who in our home gets to eat today?”

We seem to have lost a sense of shock that, in one of the richest nations of the world, people are weighing up whether they can feed themselves or keep warm

As she looks, listens and learns, my hope and prayer is that, yes, a deep desire to lead with compassion will grab hold of her, but that also a compelling outrage will grip her so thoroughly that she won’t be able to turn away, ignore, put to one side or forget about the needs of the most vulnerable in our nation.

There are lots of things that churches and individuals can be doing to help those in poverty in our communities right now. At Jubilee+ we’ve just published a leaflet with a few suggestions.

But there are some things that can only be done by those in power. So let’s pray for our new Prime Minister to be so affected by what she sees and hears around her that it puts a fire of righteous outrage in her belly and compels her to lead with compassion, especially for those in need in our nation at this time.

To find out more about how Jubilee+ can help you and your church respond to the cost of living crisis, visit: https://jubilee-plus.org/conference

Natalie WilliamsNatalie Williams grew up in relative poverty in the deprived seaside town of Hastings. She became a Christian at 15, which changed her life completely. Natalie has been involved with Jubilee+ since its first year, and took over from founder Martin Charlesworth as Jubilee+ chief executive in April 2021. Natalie is the co-author of four books, including A Call to Act and Invisible Divides. She is passionate about the church being a place of overflowing mercy, especially for those trapped in poverty.