Thank God the ‘Family Sex Show’ has been cancelled

A theatre show which would have urged children as young as five to explore ‘sexual pleasure’ has been cancelled following a fierce backlash. Catholic campaigner Caroline Farrow was among the thousands of parents who signed a petition against the performance. She explains why the result is a victory for everyone, not just Christians 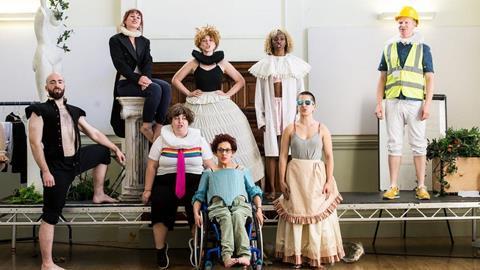 The Family Sex Show was due to be performed at Bristol’s Tobacco Factory next month, but was cancelled after tens of thousands signed a petition calling for it to be axed.

The ignobly titled, Family Sex Show has been pulled from theatres, after almost 40,000 people signed a petition calling for the production to be scrapped.

The show’s organisers are keen to shift blame and cast themselves as the progressive victims of an antediluvian pearl-clutching mob of middle-aged women and religious extremists, reminiscent of Mary Whitehouse.

Whitehouse is currently enjoying something of a feminist revival thanks to a recent BBC documentary and women are beginning to realise that many of her concerns when it comes to the impact of pornography upon women and children, were in fact, rather prescient.

There’s no doubt what Whitehouse would have made of the Family Sex Show and therefore it is only too easy to dismiss any concerns as being those of the middle-class bourgeoisie or worse still, the work of the woke bogeyman, the ‘evangelical Christian right’. It has been pleasing to see the public reject this placatory prejudice.

The reason for the outrage over the Family Sex Show is quite simply because the show is outrageous. It would have featured adult actors stripping naked in front of an audience as young as five, before proceeding to talk to them about sex. Celebration of adult sexual pleasure was the show’s entire raison d’être. The performances were based upon the actors’ own personal experiences and included simulation of different sex acts and positions. Catchy action songs were devised for children to learn and join, urging them to intimately touch themselves and each other for sexual pleasure.

Bristling over the concerns that this could be seen as encouraging paedophilia, the show’s organisers hastily directed the ignorant public to their website for clarity over the educational content of the show, where a page suggested that children could model play-dough figures of genitals.

To add insult to injury, the show also attempted to indoctrinate children into controversial topics of gender theory and identity politics, taking concepts such as ‘gender identity’ and ‘cis-gender’ as a given.

While no parent in their right mind would have taken their child to this production, the protest was necessary to protect any child whose parent or carer had taken leave of their senses. No DBS checks had been undertaken on either those stripping off in front of children or the types of people who were planning to expose children to this material. Furthermore, sexualising children, especially when it is courtesy of public money, (the Family Sex Show was funded by the Arts Council), is not something that society can or should turn a blind eye to.

sexualising children, especially when it is courtesy of public money, is not something that society can turn a blind eye to

What those behind the show had done was to take a kernel of truth - it’s good for families to be open with their children about sex - and distort it for their own, supposedly ‘sex positive’ secular ends.

It’s concerning that the producers have yet to take any responsibility or accountability for their poor decision making, especially since it has transpired that the company associated with the show and also responsible for some of its content, are being invited into schools to hold workshops.

As a public Christian, it’s often assumed that my dining room table must resemble the Westboro Baptist church with my children given regular lectures about sex, sinning and sexuality and it is because of parents such as myself, that there is a need for better sex education in schools and productions such as the Family Sex Show. It’s because of parents like me that the Arts Council have to fund not only productions like this, but also the infamous rainbow sex-toy wielding monkey who was invited into a library to read stories to pre-schoolers. The reality could not be any further from the truth; our dinner conversations are infinitely more varied and wide-ranging than lectures about faith and morals, however with children who range from 7-18, any conversations about sex are tailored to the needs of that particular child and their boundaries.

It isn’t just the religious who are filled with horror over the idea of parents and children happily discussing how best to achieve orgasm. The Family Sex Show demonstrates that there is a moral panic about sex education, but it isn’t being driven by Christians or Mary Whitehouse types. Thousands of other non-religious voices are pushing back too. It’s a profoundly encouraging sign.