People who don’t believe in God are tithing. That’s good news for the gospel

The Giving What We Can scheme is the latest example of society turning to religious practices to help them deal with the brokenness and pressures of modern life. Christians should see this as a great opportunity 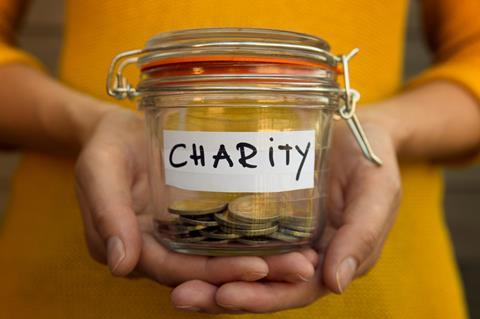 I used to work for the insolvency service, processing bankruptcy and liquidation cases. I remember being called into my boss’ office one day because he had been going through a client’s outgoings and didn’t understand one of the items: “He’s listed a monthly ‘tithe’. What is that? I think it’s a religious word, but I’m not sure what it means and I thought you may know?”

I explained that it meant ‘tenth’ and referred to the spiritual practice of giving ten per cent of your income to God. My boss was baffled at the idea. Then he asked: “But surely you don’t do that, do you?”

I explained that I did.

“So, you’re saying that ten per cent of what I pay you goes to God?”

Yes, I replied. At least ten per cent.

“Well, I don’t like the idea that I’m giving money to God, so don’t expect a pay rise any time soon,” he joked. I think.

Giving what we can

I thought back to that conversation as I read this BBC article, entitled: ‘Would you give ten per cent of your salary to charity?’ It profiles a number of people who have begun tithing via a scheme called Giving What We Can (GWWC). Members sign up and pledge to give a minimum of ten percent of their earnings to charity; either one of their own choosing, or from a recommended list. 6,439 people have signed up so far, as the pandemic caused people to think more about the needs of others. Together they have donated a total of £183m.

You’ve experienced the benefits, now let me introduce you to the benefactor

Reading the article, I was struck by how simultaneously remarkable and unremarkable it is. In a world that encourages us to live self-seeking lives, it is always remarkable that people would choose to give ten per cent of their hard-earned cash to others, and I applaud those who have made that choice. It is a costly discipline and there are consequences to giving away such an amount. In the article one giver, John Yan, recognises that his commitment means that he won’t be able to retire early or send his children to fee-paying schools. These are things to be wrestled with.

On the other hand, it is quite unremarkable. These 6,439 people have simply started doing something that countless Jews and Christians have practiced for millennia. The founders of GWWC recognise this fact, saying that this religious connection was one of the reasons they set the minimum commitment at ten per cent.

Benefits but no benefactor

Tithing is nothing new, but it now takes its place in the list of religious practices being adopted by non-religious people. Many in society are recognising the need to deal with our brokenness and the pressures of modern life and are turning to religious practices to help them, albeit stripped of any God content. Mindfulness is the new prayer and meditation. The 5:2 diet is a weight-loss and wellbeing strategy which just so happens to resemble the Judeo-Christian practice of twice-weekly fasting. Recognising the relentless demands that technology makes of us, many – including those who work at big tech firms and in Silicon Valley – have begun to practice a ‘secular sabbath’, turning off devices for a fixed period to allow them to reset. And we could go on.

I find this fascinating. There are a growing number of beneficiaries who enjoy the benefits of spiritual practices without reference to the benefactor - God. Christians will have different thoughts about this. For some, the trend is problematic. It’s a way of practicing religion without God, which ends up giving us temporary benefits now but no lasting, eternal, benefits. They are empty practices that give the illusion of holiness but that cannot, ultimately, save us. There is basis to this concern, of course. If people are tempted to think of their good deeds as a way of appeasing God and earning salvation, then they very much need to hear the gospel! But this is not only true of non-religious people.

Jesus criticised the Pharisees who diligently tithed everything, even their herbs and spices, but neglected justice and the love of God. The former was ultimately fruitless without the latter, and Jesus rightly pointed out that the Pharisees should have practiced both (Luke 11:42). There is an irony in tithing that means we can easily fall into the trap of giving from the wrong motives, perhaps even giving financially as a way to off-set the guilt we feel for perpetuating injustice in other areas of our lives. The temptation to use spiritual disciplines as a replacement strategy for true righteousness is a temptation that affects religious people just as much as, if not more than, the non-religious.

I understand why people might be critical of the secular co-opting of sacred practices. These practices without – or, in fact, in the place of - God are not enough. But I happen to think that non-religious people finding spiritual practices attractive should be good news - and an open door for the gospel.

In Deuteronomy 4:5-8, as Moses was about to announce the commandments to Israel, he explained why obeying them was so important, especially when they entered a land where people worshipped other gods and lived by a different religious code. He said: “See, I have taught you decrees and laws as the Lord my God commanded me, so that you may follow them in the land you are entering to take possession of it. Observe them carefully, for this will show your wisdom and understanding to the nations, who will hear about all these decrees and say, ‘Surely this great nation is a wise and understanding people.’ What other nation is so great as to have their gods near them the way the Lord our God is near us whenever we pray to him? And what other nation is so great as to have such righteous decrees and laws as this body of laws I am setting before you today?”

6,439 people are simply doing what countless Jews and Christians have done for millennia

The laws and practices of God were always intended to be a demonstration of wisdom to a watching world. That’s why they were meant to be practiced consistently and passed down through the generations. People were meant to see the wisdom of God’s law in practice and be envious enough of it that they would be willing to exchange their own gods and deficient practices for the life that comes from following Yahweh.

The fact that people, who are otherwise sceptical towards God, are taking an interest in spiritual practices like tithing should be a good thing. It’s good news for those in need, who will benefit from the generosity of others. It’s good news for those who give, as they learn the joy of generosity and the truthfulness of Jesus’ words that it is better to give than receive (Acts 20:35). And it is good news the gospel, as it invites us to celebrate people’s giving and say: “You’ve experienced the benefits, now let me introduce you to the benefactor.”

This piece first appeared on Liam Thatcher’s blog and is republished here with permission.

Liam ThatcherLiam Thatcher is a pastor, preacher, writer, sourdough baker and occasional stand up comedian. He was the teaching pastor at a church in London for twelve years, and has recently relocated to Oxford with his wife and daughter.