People are being scared into supporting assisted suicide. Christians must tell a different story

Many health professionals think irresponsible campaigning is skewing views on end-of-life care and frightening the public into supporting euthanasia. But access to good palliative care for everyone is what Christians should be campaigning for, says this doctor 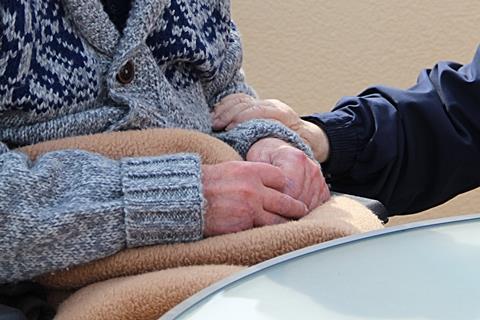 A recent survey by the Association for Palliative Medicine (APM) found widespread public confusion about what actually happens in hospices and palliative care services. Two-thirds of palliative care clinicians said patients or family members either probably or definitely thought that clinicians were practising ‘covert euthanasia’ and artificially hastening the deaths of patients under their care.

A staggering 87 per cent of clinicians believed that not enough media coverage is given to what good palliative care and normal, peaceful death looks like. Instead, repeated coverage is given to the much smaller number of difficult deaths. This skews public perception and puts unnecessary fear into the minds of vulnerable patients and relatives.

The sad fact is that this repeated, negative focus is a result of a sustained media campaign to change the law on assisted suicide. Campaign groups such as Dignity in Dying regularly stoke fears by telling emotive stories about ‘cruel, broken laws’ and highlighting the steady trickle of their supporters who make the (very rare!) choice to travel to overseas facilities, such as Dignitas in Switzerland, to access assisted suicide there. Each story is peppered with fear of indignity and pain, anguished decisions and a passionate belief that things will never improve unless the UK legalises assisted suicide.

But we don’t hear of the thousands of people that die relatively peacefully, cared for by an excellent, dedicated team, who have had time to put their affairs in order and say the things they need to say to loved ones. This goes on every day in our hospices and palliative care services.

Many of those who campaign for law change are ideologically driven to do so, with a dogged dedication to their mantra of autonomy over all. They repeat the misguided dogma that you can only have dignity when you’re fully in control, and trumpet compassion while ignoring the fact that their proposed ‘six month, terminally ill, mentally competent adults only’ doctrine would still exclude many who suffer. Their compassion is far more limited than they are willing to admit.

118,000 people die in the UK every year without access to palliative care. Surely this is what is ‘cruel and broken’

Like the leader of the opposition in a general election campaign, their manifesto is based on highlighting, exaggerating and occasionally misrepresenting existing problems and challenges, while minimising the good that we already have. They vow that if only we will vote for them, the bright dawn of a new age of compassion and dignity will shine upon us. They tell wondrous tales of Oregon, USA or Canada, those enlightened countries who have gone before us and enacted such euphemistically named systems as ‘Death with Dignity’, or ‘Medical Aid in Dying’.

But just as the brightest promises made by potential Prime Ministers rarely last, we would be wise to inject some realism into this debate too. Despite mouthing commitments to palliative care, those campaigning for law change seldom realise that assisted suicide, or whatever syrupy name we give it, is not the companion of good palliative care – far from it.

The UK saw the birth of the modern palliative care movement under Cicely Saunders, a Christian whose faith drove her not to give up in the face of seemingly hopeless suffering. She ‘went the extra mile’ (Matthew 5:41), driven by the inherent dignity of each person made in God’s image (Genesis 1:26,27), and in doing so, revolutionised pain management for dying people and launched an entirely new medical specialty. Never again can a doctor say: “There’s nothing more we can do for you.” There’s always more we can do, even when hope of a medical cure is gone: careful symptom management, compassionate and dignified nursing care, and help with the vital challenges of family communication, spiritual care and psychological support during the final process of letting go.

Just like in the survey referred to above, the way to keep public opinion strongly in favour of legalising assisted suicide is to show just how much people must fear a normal death. They ask: “What if your pain can’t be controlled?” “What if you lose your bodily functions?” “What about when you can no longer do the things you enjoy?” “Wouldn’t you want the option of choosing the time and manner of your death when things get too much for you?”

There’s always more we can do, even when hope of a medical cure is gone

All this is predicated on the idea that palliative care is not enough. And of course, there are challenges. That’s why research continues to find new ways to improve care further. Difficult deaths should spur us to do better. But people need to know that uncontrolled pain is a rarity, that most unpleasant symptoms can be greatly reduced and that skilled, compassionate care can bring great dignity, even when bodily functions become difficult to control.

The massive, yawning indignity and injustice right now is not that we don’t have an assisted suicide law. It’s that this potentially transformative palliative care, despite the UK being a world leader in provision, is simply not available to thousands of people every year. An estimated 118,000 people die in the UK every year without access to specialist palliative care, despite needing it. So much palliative care provision remains outside the NHS, dependent for funding on bake sales, charity shops and fun runs. Surely this is what is ‘cruel and broken’ about end-of-life care in the UK.

Campaigners cry out to make personal autonomy and self-determination the overriding principle in end-of-life care. As Christians, we know that autonomy is part of our human dignity, and we can thank God for it. But we are dependent creatures, ultimately dependent on God as well as those around us. Being in control is not our goal, but playing our part in a caring, interdependent community. Scripture is littered with examples of humans going beyond the normal bounds of autonomy; in fact, unbridled autonomy is at the root of what the Bible often calls sin. The line between respecting autonomy, and idolising it, is thin indeed.

Mark PickeringDr Mark Pickering is the CEO of the Christian Medical Fellowship, and often speaks on behalf of the Care Not Killing Alliance.