Nicky Gumbel: Coming out of the pandemic there's nothing I want more than to hear the roar of Jesus

After the last pandemic, the West experienced a period of economic prosperity and innovation. What will follow Covid-19? Nicky Gumbel is longing to hear the roar of the Lion of the tribe of Judah 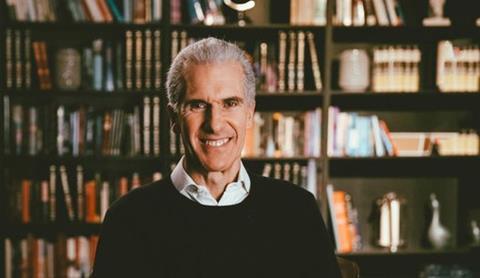 There is no doubt that we are living in extraordinary times. Over the past 18 months we have had the first global pandemic for a hundred years. There has been a traumatic crisis in physical health, but also large numbers of people affected by a mental health crisis – with chromic stress, inescapable uncertainty, fear about the future, exhaustion and crippling anxiety. We’ve also had arguably the greatest financial crisis since the Great Depression with millions of people facing financially insecurity. There has been a social revolution following events like the murder of George Floyd, the rise of hate crime and we have seen a digital revolution. It is clear that the world is never going to be the same again. Something new is emerging – but what do we want this new world to look like?

Following the last global pandemic, we experienced the ’Roaring 20’s’. It was a time of economic prosperity, social, artistic and cultural dynamism, rapid growth, new trends in lifestyle and culture, and immense innovation. So, will the next 10 years be another ‘Roaring 20’s’? Not the 1920s, but the 2020s? In which case, what kind of ‘roar’ do you want to hear?

Alongside the ’roar’ of innovation and economic growth, many are predicting a ‘roar’ of hedonism – pleasure seeking and self-indulgence. What I want to hear, more than anything, is the roar of Aslan; the roar of the Lion of the tribe of Judah; the roar of Jesus. This is an opportunity for change; to come out better. So what would the roar of Jesus look like in the ‘Roaring 2020’s’?

The Roar of Love

First, I think it would be an anointed ‘roar’ of love. We find ourselves in a world that is increasingly divided, angry and full of hate. There is a deep and desperate need for unity, peace and love. The early Church was famous for its love. The anointing of the Holy Spirit brings peace and unity. The love of God is poured into our hearts by the Holy Spirit. We know that we are loved by God and the Holy Spirit anoints us to bring God’s love to the marginalised, good news for the poor, freedom for the prisoners, sight for the blind and release for the oppressed. This is not the moment for the Church to retreat – quite the opposite. This is a moment for the Kingdom of God to advance and for the Church to run towards the need – to feed the hungry, care for the homeless, the refugees, and those dealing with mental health issues.

We are not just giving a handout, but a hand up. In a world full of division and hatred, we need the anointed ’roar’ of a united Church, famous for its love.

The Roar of Justice

Second, we need the anointed ‘roar’ of justice. Justice is the other side of God’s love. The Holy Spirit is the Spirit of justice whom Jesus says has anointed him, and us, to bring good news to the poor, the blind, the prisoners and the oppressed.

The world is riddled with injustice. This injustice needs to be exposed and rooted out. God says, “Do you know what I want? I want justice – oceans of it. I want fairness – rivers of it.” (Amos 5:24, MSG). There are so many people in our world who are trapped underground by elitism, intellectualism, racism or some other -ism. We need pro-diversity, inclusion, involvement and equality if we are to demonstrate the beauty of God’s Church on earth.

The sooner the Church on earth starts to resemble the Church in heaven, the more effective it is going to be

We know that the Church in heaven will be like this, with “every nation, tribe, people and language, standing before the throne and before the Lamb” (Revelation 7:9) worshipping Jesus. In “the new heaven and the new earth” (Revelation 21:1), diversity is not going to be eliminated, it is going to be celebrated. The sooner the Church on earth starts to resemble the Church in heaven, the more effective it is going to be. The Church is meant to be a multiracial, multicultural, multi-ethnic community. We need to hear the anointed ‘roar’ of justice from a united and diverse Church.

The Roar of Good News

Third, we need to hear the anointed ‘roar’ of good news. Our world is saturated with bad news. It is everywhere we look and it can sometimes feel overwhelming.

Jesus was anointed by the Holy Spirit to bring a message of good news to the world, and today the Holy Spirit anoints you and me to do the same. There has never been a time in history when the world has needed good news more than now – and, with the digital revolution, there has also never been a moment where we have had a greater opportunity to communicate the good news about Jesus to everyone on the planet.

Imagine what could happen as the Holy Spirit anoints us to build a church famous for its love and justice, demonstrating the beauty of unity and diversity, and proclaiming the good news of Jesus to the world. Imagine a new roaring 20’s. We really could see the evangelisation of the nations, the revitalisation of the Church and the transformation of society

Nicky GumbelNicky Gumbel is the former vicar of Holy Trinity Brompton (HTB) in London. Together with his wife Pippa, they pioneered Alpha, an introduction to the Christian faith run by all the major Christian denominations in 169 countries.