Political leaders have too often worshiped at the altars of selfhood and individualism, but this week’s ministerial resignations show a longing for integrity at the heart of our democracy, says Rev George Pitcher 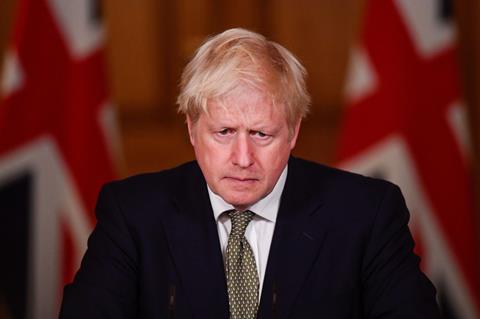 In the financial markets, there is a long-standing phrase used at times of economic turmoil and uncertainty for a shift in investor sentiment towards safer assets, such as gold. It’s called a flight-to-quality. What we’re witnessing currently, in what we might call the political markets, is a flight-to-integrity.

The word integrity is now on almost every politicians’ lips. Resigning as health secretary, Sajid Javid wrote that the British people “rightly expect integrity from their Government”, while Rishi Sunak, quitting as Chancellor, echoed the public expectation that “government be conducted… competently and seriously”.

An anonymous retired civil servant on LBC this week called on his former colleagues to “act with integrity” and resign. Meanwhile, new Chancellor Nadhim Zahawi, bless him, even claimed that prime minister Boris Johnson still has integrity, like a hedge-fund manager pointing to his favourite ponzi-scheme even as his punters are scrambling to dump his scams.

And so the flight-to-integrity gathers pace, like a fresh idea sweeping through a nation. It’s defined by what it’s against – corruption, deceit, duplicity, lies – as much as what it’s for. In that, it bears closer historical characteristics with the Reformation than with the Enlightenment. If that sounds too grandiose, call it a paradigm shift, if you will.

Boris Johnson has embodied the unbridled cult of self and individual

It starts in politics, because that’s where the rot starts. (Expect the contenders in a new Conservative leadership contest to be setting out their stalls laden with claims of integrity.) But it will spread to industry and the way we do business too, because the fish rots from the head – and politics sets the example for business leaders to follow. Some companies have followed politics into the pit. They now have the opportunity, indeed the imperative, to join a flight-to-integrity.

Trust is a subset of integrity. The trouble with those who manage reputation professionally is that they talk a lot of nonsense about it. We’re told that trust is about what you do rather than what you say and therefore has to be earned rather than claimed. Who knew?

The truth is that trust, like the financial markets, is transactional. You can make a market in it. Stakeholders invest their trust in an institution and those who run it had better repay that trust in kind. The currencies in these markets are stakeholders’ hopes and fears, which are auditable.

We need to know what the former are and deliver on them, with dividends. We have for too long traded in fears – witness the losses that the UK has suffered since politics traded in fear over Brexit. We can argue about its claimed economic losses and benefits until we’re blue (or red) in the face, but the losses to us in political capital and integrity are undeniable and incalculable.

So how do we book a seat on a flight-to-integrity? A start is to remind ourselves of the classical cardinal virtues, which underpin our cultural values, and update them so that they’re compatible with new-millennial means of exchange.

The virtues for Aristotle were prudence, justice, fortitude and temperance, which were adopted by Augustine of Hippo and Thomas Aquinas and became the bedrock of European Christian culture. These might translate today as discernment, fairness, courage and self-discipline.

The original virtues prevailed until the Enlightenment of the 17th- and 18th-centuries, which brought limitless social benefits to Western Europe, not least democracy and literacy. It also brought the hegemony of individualism and the state.

Recent history has seen those factors grow into political movements. In our own era, Boris Johnson has embodied the unbridled cult of self and individual. Enough said; to adopt the vernacular of the financial markets again, may he be a settlement of that particular derivative.

Business and political leaders have too often worshiped at the altars of selfhood and individualism. But there really is such a thing as society. And it longs now to be led on a flight-to-integrity.