This England: Branagh’s Boris shows little Christian integrity. But tell us something we didn’t know

This England follows Boris Johnson’s tumultuous first months as Prime Minister, tracing the impact of the first wave of the Coronavirus pandemic. But what does it tell us about godly leadership, asks Giles Gough? 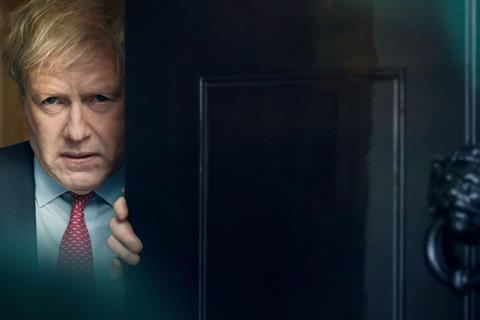 When it was announced earlier this year that Kenneth Branagh would be playing Boris Johnson in a new mini-series for Sky Atlantic, the news was met with trepidation from some. Why would the man who has played Hamlet, Frankenstein and Laurence Olivier be drawn to playing Boris? Could one of our most heavy-weight actors lend some unearned gravitas to one of our most lightweight prime ministers?

Thankfully (or perhaps not if you’re Boris) This England does no such thing. We see Branagh’s Boris gleefully celebrating the election win, New Year’s Eve, and even ‘Brexit day’, while the iceberg that is Covid-19 moves inexorably closer to Britain’s shores.

Using frequent cut-aways, the show hastens to remind us of the developing pandemic. The shots from archival news footage are fast, frequent and largely unnecessary. It’s hard to imagine that anyone doesn’t know where the story is headed or needs reminding of where it came from.

The first episode is 1 hour 11 minutes long and, when you consider that the first 20 minutes is largely a montage of news footage, it does seem like an indulgence. You find yourself waiting for the real story to begin.

But if the early narrative doesn’t hold your attention, the performances will. Derek Barr is great as Lee Cain, the one-time director of communications, and Ophelia Lovibond is picture perfect as Carrie Symonds. Simon Paisley Day as Dominic Cummings is a suitably hissable villain. The first episode shows Cummings as the Regina George of Downing Street, playing out his own version of Mean Girls on a national stage. Whatever your opinion on Cummings, this show will not change it.

Every politician says they’re unafraid to make the hard choices but, without integrity, they’re incapable of doing so

Kenneth Branagh’s portrayal of Boris Johnson is a lot harder to pin down. It’s a wiggy performance that sees Branagh struggling to bring nuance to a character who appears to have none. Under a layer of prosthetics that would make Star Trek proud, he struggles to emote. Boris’s constant references to the great men of Greek myth and British history seem oddly self-defeating, only serving to emphasise how far he falls short of the status he so craves. Studying The Odyssey and The Iliad were traditionally considered a good grounding for political life, but coming out of this version of Boris’ mouth, he sounds like a man who is part of an obscure fandom.

As Christians, we believe that “there is no authority except that which God has established” (Romans 13:1). This has, at times, resulted in accusations that the Church has given politicians an easy ride. But the story of Nathan castigating King David for his indiscretions with Bathsheba (2 Samuel 12) shows us that God wants us to hold those in authority to account when necessary, as well as submit to them. This England at least serves as a reminder of that.

Writing for Premier Christianity earlier this year, Ross Hendry, CEO of CARE said: “We long for leaders who are people of integrity and godly character; people with a vision that inspire hope”. The one thing that’s clear throughout this first episode is that integrity was sorely lacking in Downing Street at this time. Every politician says they’re unafraid to make the hard choices but, without integrity, they’re incapable of doing so. We see numerous scenes of Boris leaving near identical voicemails to his children. As pressure mounts on him to tell them about the baby he is having with Carrie, he puts off the tough decision until he’s backed into a corner, a portent of things to come perhaps.

We long for leaders with a vision that inspire hope

A series about the Johnson administration and its flaws, giving little to no new information, does seem like an odd choice. The main criticism levelled seems to be that it comes too soon. With a little more time to percolate, and a lot more narrative focus, this could have been special. One can only imagine that it was designed to remind viewers of all of Boris’ failings in one place at one time. But since the Johnson premiership is now over, it feels a little academic. A reminder perhaps that, due to how long they take to produce, TV dramas aren’t well-suited to being agitational propaganda.

This England is available now on Sky Atlantic & NOW