Whether it was Rishi or Liz, we need a leader with moral integrity

Liz Truss has won the Tory leadership contest. Our new PM must strive to be a model of moral integrity and good character, says John Libby 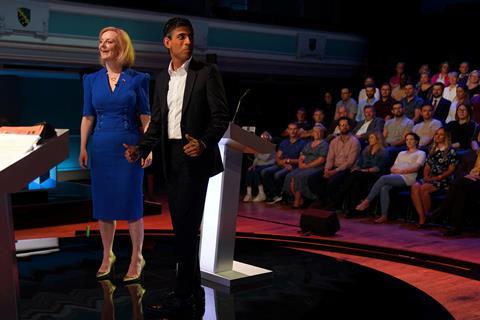 This year has been a year of scandals for the UK Conservative government. Lockdown parties have led to Boris Johnson becoming the first serving prime minister in UK history to be sanctioned for breaking the law. While initially keeping his head above water, further public fury over his appointment of Chris Pincher as deputy chief whip, despite being aware of previous allegations of sexual assault, proved the tipping point for his resignation.

But this is old news, what’s important now is that we don’t make the same mistakes again. With the announcement today that Liz Truss will become our next prime minister, we must ask ourselves: what aspects of leadership should we actually be looking for in our leaders?

For too long, leaders have been chosen because of their charisma and rhetoric, and this trend shows no signs of slowing down. This has been true whether it’s in the Church, government or elsewhere. However, while both are important aspects of leadership, they do not a leader make, as Boris’ downfall has so proved.

Boris swept into power with the biggest majority in over 30 years, and equally many church leaders have succeeded in attracting thousands to their services, only to collapse in a sea of scandals and resignations.

My recent interest in what makes a good leader was sparked when I was preparing a talk for Langham Partnership following the range of public support for Boris expressed by Cabinet ministers ahead of the no confidence vote. The ministers’ joint observation was that Boris “got all the big calls right”. I almost responded to them with: “I Assume these big calls are referring to integrity, honesty, humility, self-sacrifice, transparency, equity, and justice, right?”

Biblically, these are the ‘big calls’ of leadership. Character and moral integrity really are important. ”What does the Lord require of you?” enquires Micah 6:6-8. ”To act justly, love mercy and walk humbly” was his answer.

But this is not a list of religious rules to obey (hallelujah!), but rather a challenge to the heartfelt pursuit which builds a relationship with God. On another level, this presents a far more profound belief and behaviour challenge, especially in leadership where time pressure can sap the ability to to prayerfully reflect on responsibilities before the Lord. Indeed, the sheer number of responsibilities in leadership can compromise the ability to seek justice, mercy, or humility.

In a Christian community, I am encouraged by Hebrews 13:7 and 13:17 which exhort support for leaders. However, these verses appear to presuppose that the leaders in question were godly, that they spoke the word of God and opened the scriptures diligently and correctly, or had a faith that could be observed and imitated.

This is not usually the case in a secular community where, for whatever reason, justice, mercy and humility don’t seem to attract a mass audience. Rhetoric has reigned and personal failures have been ignored, encouraging leaders to seek personal advancement instead of community vision. Even exhortations to the ‘common good’, which used to be a sign of a good leader – ”ask not what your country can do for you, but what you can do for your country” – seem not to attract the UK electorate’s attention.

Has Boris paid the price for our low standards of integrity in leaders, or are we still paying it?

The twin temptations of personality cults and prosperity gospel can only be challenged by encouraging our pastors and leaders to engage more regularly and deeply in scripture, and develop accountability structures to provide both support and scrutiny. This is the purpose of the three main programmes at Langham Partnership’s, where I work. And as the introduction to a book we recently published indicates: ”The erosion of moral values on a global scale has left nations vulnerable to greed, power, and violence as the shaping forces of culture. In the absence of an ethical foundation, corruption reverberates through public life, destabilizing countries and undermining human flourishing.” Leaders anywhere can scratch the veneer of those values and aim to wear them through.

If we really want to see biblical leadership modelled in our homes and churches, as well as in our workplaces and government, then we must hold our leaders to higher standards of moral integrity and discover the mutuality inherent in leader/led roles as laid out in the Hebrews verses mentioned earlier.

John LibbyJohn joined the Langham Leadership Team in May 2016 as Executive Director for Langham Partnership UK and Ireland. John is an ordained minister in the Church of England and comes to Langham after many years in parish ministry