Even before Anglican bishops gathered for the long-anticipated Lambeth Conference, the topic of sexuality threatened to dominate proceedings. By failing to recognise the distinction between relationships and marriage, George Pitcher argues the Church of England has got itself into a mess over the issue 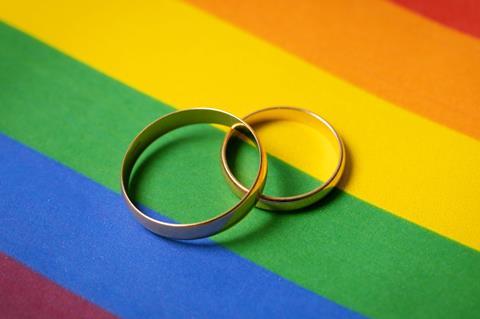 It all seems so very long ago. The high summer of 2008 and bishops from across the worldwide Anglican Communion gathered at the University of Kent for the decennial Lambeth Conference.

Except very many of the bishops from around the globe didn’t gather. Some 230 of 650 invited boycotted the event over the decision of the Episcopal Church in the United States to ordain a bishop who was living in an openly gay relationship.

I was covering religion for the Daily Telegraph and it made great copy. Here was the non-negotiable dividing line between US east-coast liberals and the southern-hemisphere conservatives of Africa and Australia.

The conservative break-away contingent formed the Global Anglican Future Conference (GAFCON - they never had much of a talent for acronyms) and held a rival conference in Jerusalem. Dr Rowan Williams, then Archbishop of Canterbury, set it as his task to hold the fragile Communion together and, miraculously, very largely succeeded.

Despite the newspaper I worked for, I was very much on the liberal side of the debate. Some years before, I had almost jeopardised my ordination to the priesthood by nearly punching a conservative evangelical who had compared, in front of a dear gay friend and fellow ordinand, homosexuality with bestiality.

The Church had got itself into a terrible muddle over human love and its sexual expression, to the extent that people like my friend had to pretend their partners were lodgers and declare themselves celibate. I could see no gospel in this cruelty.

So far, so liberal. This week, Archbishop of Canterbury Justin Welby chairs the 14th Lambeth Conference, delayed by the Covid pandemic. And 2008 doesn’t feel so long ago after all, because sexuality threatens once again to dominate its news agenda. Specifically, a groundhog-day resolution is rearing its ugly head again to rule out the possibility of the Anglican Church recognising same-sex marriage – with a “call” to state as fact that the “mind of the Communion” is against it.

Every liberal sinew of my liberal ecclesiology must reject this old resolution, right? My support for and love of my gay friends must lead me to stand four-square with them for equal marriage in church?

Well, no actually. I have to confess – in the literal sense of that word – that I continue to struggle with same-sex marriage. It’s painful in front of gay friends and I get called a bigot. But the reasons for my struggle are less religious than theological, if I may make that distinction, and less theological than biological.

Let me try to explain. First on the matter of gender – and I want to illustrate it with a different and equally contentious issue. Since the 2008 Lambeth Conference, ordained women in the Church of England have been able in law to become bishops – and since much earlier than that on parts of the Anglican Communion – and alleluia for that. That’s because allocating priesthood by gender was always a category mistake in the Church.

The distinction made by the traditional Church should never have been based on biology. Apostolic succession, through a male line from the original twelve, confused disciples with apostleship. Mary Magdalene, as first witness to the risen Christ and apostle to the apostles, closes any argument against women’s priesthood. As do the women of the Book of Acts, such as Lydia and Priscilla.

Biological gender bears no relation to priesthood. The “tradition” of male priesthood doesn’t stand up.

But biological gender has everything to do with marriage. In the liturgy, it’s “a gift of God in creation”, reflecting the male and female nature of the completeness of the world.

That has, at its heart, two specific Catholic doctrines. First, incarnation: God the Father creates the Son through the womb of Mary. Second, conjugality: Marriage is given as a symbol of that creative symmetry in human society. There are plenty both outside and inside the Church who won’t subscribe to those doctrines. But it’s difficult to see how marriage can be something else just by wishing it to be. That is what it is and there’s no point in pretending otherwise. In that context, it is significantly similar to the fury accompanying the transgender row. A trans woman is entitled to call herself a woman. But she is not biologically a woman. Ergo, while we’re entitled to call a same-sex union a marriage, it isn’t biologically so.

The mistake came when prime minister David Cameron burnished his liberal credentials with his Lib-Dem coalition partner by somewhat thoughtlessly throwing his weight behind same-sex marriage. There was much currency at the time about two people loving one another and wanting to commit and spend their lives together. But that means there should be no logical objection to two members of the same direct family marrying – unless it’s just about sex, which it patently isn’t.

Nor should we call it marriage equality. What we have now is marriage uniformity. Had the Church of England been nimble (as if!), we should have had a liturgy for blessing same-sex civil partnerships – with the state recognising legal and fiscal equality with marriage – because the Church should absolutely be in the business of blessing God’s love wherever it is found.

One unhappy consequence of the mess we have now is that the Queen, as head of state and supreme governor of the Church of England, presides over a Church that has an entirely different definition of marriage from the state.

The resolution at the Lambeth Conference won’t help and it’s difficult to know what to do. Marriage can never and should now never be taken away from same-sex couples. That cruelty would be way worse than anything caused by the derogation of marriage.

So let’s celebrate same-sex unions with all our hearts. But, sorry, they ain’t marriages.