I lived in Afghanistan when the Taliban were last in power. Here’s what Christians can expect 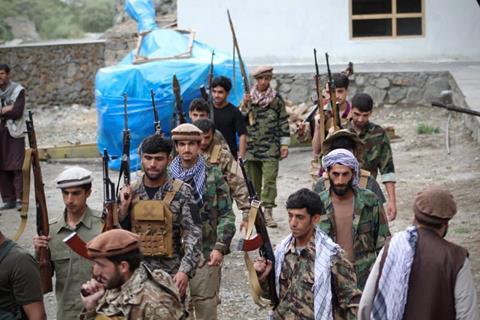 Men prepare for defense against the Taliban in Panjshir, Afghanistan (August 22, 2021). Aamaj News Agency via Reuters

25 years ago I was privileged to be one of the first Westerners to live in Jalalabad, Afghanistan.

Various mujahaddin warlords fought each other for control, while mullahs went round the bazaar beating up men with sticks, forcing them to go into the mosque to pray. “We want to be Muslims, but not like this” one man told me. Then the Taliban came along and it seemed as if they had the quadruped the enforcement of shari’a (Islamic law).

A few weeks later when the border with Pakistan finally reopened I met a group a Western journalists. “It all seems pretty quiet and normal here” they commented, before deciding to push on to the frontline near Kabul. I quietly asked them “where are the women?” There were literally none on the streets. When they did reappear they were forced to wear the burqa – a blue head to toe covering with an embroidered mesh to see through. In Kabul the Taliban insisted that women could only go out on the street if they were accompanied by a male family “guardian”. It left thousands of war widows, who survived by begging or selling items on the street, literally facing starvation.

Houses were searched and the checkpoints were everywhere – every few miles along the road and more frequently in towns. At each checkpoint we would see poles with video and cassette tapes wrapped around them – music and photographs were banned and every car was searched to see if it contained any. This was not only a strict Islamic state, it was also very evidently a “police state” and the most feared of all were the religious police – the notorious “department for the suppression of vice and promotion of virtue”. Even after the fall of the Taliban, if one of them was seen, people would quietly whisper “vice and virtue” and become silent – scared that if the Taliban returned there would be retribution for them. That is the context in which Afghan Christians lived when the Taliban were in charge.

What that police state created was a situation where people could pay off grudges by reporting others to the Taliban and, in a country where blood feuds are absolutely endemic, that was an easy way to settle scores. That’s what happened in a village outside Jalalabad. The Taliban were tipped off that someone was a Christian, they searched his house – found a Bible – took him outside and ordered him to repent and return to Islam. When he publicly refused and held fast to his faith in Christ, they hanged him. Hanging wasn’t the only form of execution, people were shot and there were reports of others being forced to walk through minefields as human minesweepers.

So, what should we make of the claims made by the Taliban that they will respect people’s “rights” provided they live in accordance with shari’a? One of the major differences between now and when the Taliban were last in power (1996-2001) is that they are now much more media savvy. Having, in their eyes, defeated the US and other Western military forces, they now want the further kudos of being recognised by them as the legitimate government of Afghanistan.

However, if we look at what living under shari’a will mean for Afghan Christians – it is likely to be every bit as deadly as before, if not more so. The textbook on shari’a which has been taught for centuries in Afghan madrassas (Islamic schools) is called the Hedaya. This says that any sane adult male who has left Islam for another faith, such as becoming a Christian, should be given three days to repent and return to Islam, then executed if they refuse; women should be imprisoned until they repent; and children imprisoned until they become old enough for the adult penalty to be applied. This is not hugely different to what other schools of shari’a elsewhere in the world say. In fact, most of the others require women who leave Islam to be executed, rather than imprisoned.

Unfortunately, the Afghan Penal Code already says that anyone who leaves Islam should be subject to the punishment prescribed by shari’a i.e. death. It’s just that until now the government chose to ignore it and not prosecute Afghan Christians. So, the Taliban don’t even need to change the law, they can simply execute Christians and claim they are merely enforcing Afghan law.

A chilling foretaste of what may be to come was the 2013 attack by the Pakistani Taliban on All Saints Church, Peshawar just over the border in Pakistan, which killed 127 and left hundreds injured. The church had existed there since 1883, yet the Pakistani Taliban who carried out the attack clearly believed the entire Christian presence should be eradicated from the area.

That’s why it is so vital that the Afghan refugee scheme the government has announced specifically recognises the extreme vulnerability of Afghan Christians.

Yet, despite everything it is worth remembering that the Afghan church has faced this situation before – 25 years ago when the Taliban first swept to power. Far from being wiped out the Church has grown through persecution, but no-one should underestimate the cost of that.

Martin ParsonsDr Martin Parsons is CEO of the Lindisfarne Centre for the Study of Christian Persecution. He is an expert witness on the global persecution of Christians and was previously an aid worker during the time of Taliban rule in Afghanistan