Gracious in defeat: the Christian faith of Lewis Hamilton

The F1 superstar handled a controversial defeat that cost him the championship with grace and perspective, says Tim Bechervaise. As Christians, we can all learn lessons from that 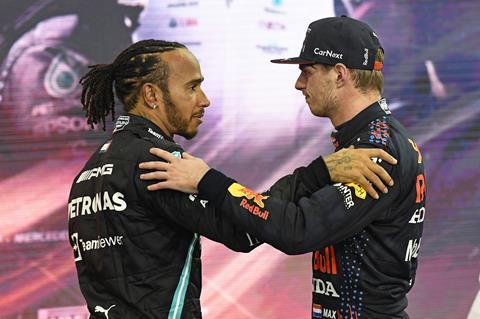 There are times when, even if a particular sport is not our thing, it’s impossible to escape the fanfare of a certain event. Whether its newspaper headlines, Twitter, workplace banter, or even sermons, it’s just everywhere.

We’ve seen this a few times this year. In July, England almost self-combusted as the men’s football team made history by reaching a major tournament final. In September, we collectively crowned a new tennis hero in Emma Raducanu after her incredible US Open victory. And last weekend, the country rallied behind Lewis Hamilton in his attempt to win a record-breaking eighth Formula One championship.

It’s probably not escaped your notice that Hamilton controversially lost to rival Max Verstappen on Sunday. Hamilton had a seemingly unassailable lead with five laps to go when a crash elsewhere on the track led to the race being restarted for one final lap, allowing Verstappen to make up the deficit. The break enabled the Dutchman to get new tyres, which arguable gave him an edge, and he overtook Hamilton to win not just the race but the championship.

For those unfamiliar to F1, a football analogy by Gary Lineker may help. He tweeted: “Imagine Man City and Liverpool going toe to toe for the title. On the last day of the season they meet & City are 3 up with just minutes to go. The referee decides it would be more exciting to have a penalty shootout. What’s more the City players have to be barefooted. That’s @F1.”

Hamilton stunned the watching world. Aren’t we as Christians all called to do that?

Sounds horribly unfair, doesn’t it? Its little wonder, then, that there has been much condemnation of the result — but not from Hamilton, who has remained remarkably magnanimous in defeat. “Firstly, congratulations to Max and his team,” he said in the post-race interview. Observers were perhaps waiting for anger and blame, but it didn’t come. “I hope everyone stays safe in the pandemic and has a good Christmas during this time and we’ll see about next year,” continued Hamilton, who — along with Mercedes boss Toto Wolff — congratulated Verstappen in person.

Hamilton has drawn widespread praise, not just for his sporting endeavours but also his wider work in society, including promoting racial equality and advocating for the rights of women and the LQBTQ+ community. His gracious reaction to defeat has brought further commendation, as well as some surprise and disbelief — perhaps because we’re tempted to view elite athletes as automatically wired to win at all costs, including pouncing upon any hint of injustice that gets in the way.

But when it comes to Lewis Hamilton, should we be surprised at this? In 2018, an interview he gave with a Formula One podcast revealed a healthy perspective that sheds light on his post-race comments: “I love racing,” he said, before adding that while dreams and ambitions can be worth dying for, “I wouldn’t say F1 is worth dying for.” He talks about being greatly moved by a fan whose recovery from cancer was inspired by his racing.

The interview was also notable for Hamilton’s comments on faith. He grew up a Catholic. “God has his hand over me,” he shared, reflecting on the dangers his profession brings. He also talked about praying regularly and attending church: “I go with a couple of my close friends,” he said. “We meet, we go for breakfast and then we go to church together. We leave, most often, feeling enlightened and empowered, it’s like a re-centring.” He adds that entering the world of Formula One helped him to be more open about his faith.

The permanence of faith in Hamilton’s life is also reflected in his tattoos. He has “God is love” written on his neck, “Faith” and “Family” on his shoulders and a cross on his back. A tattoo on his chest featuring a compass also relates to his faith. “I’ll leave church on a Sunday thinking… I’ve really gained my direction where to go,” he says. “Church is really my compass.”

Since Hamilton’s interview on Sunday, a recording has emerged that seems to give an insight into how Hamilton first viewed the controversy. “This has been manipulated, man,” he is heard saying at the end of the race. His Mercedes team are looking into launching an appeal.

We may see Hamilton’s gracious reaction as hollow in light of this latest revelation. But perhaps the recorded words are simply the product of adrenalin-fuelled emotion (we’ve all been there!) which, come the post-race interview, has given way to measured reflection and grace. And though I’m no F1 expert, it does seem like he was hard done by and is well within his right to at least ask questions.

What’s most encouraging from the past couple of days is that Hamilton’s reaction to losing is writing just as many headlines — perhaps more even — as the controversial race itself. He’s been commended for the example he is setting — one Hamilton is undoubtedly mindful of and likely informed the way he responded on Sunday. On Wednesday, he will be knighted and become Sir Lewis Hamilton. Clearly, it’s a title he doesn’t just want to wear for show but show with his life.

We may raise a skeptical glance at Lewis Hamilton’s faith, and perhaps disagree with his stance on some issues. But surely we can all celebrate the example he set this weekend, and maybe it’s one we even need to follow in our own lives. Hamilton stunned the watching world by reacting in a way that was different to what they expected. Aren’t we as Christians also called to do that?