From Hillsong to Mars Hill: there is a leadership crisis in the Church. Here’s how to fix it

Barely a month goes by without another controversy involving a prominent Christian leader in the West. The lack of depth and training among our leaders is a serious problem, says Simon Foulds 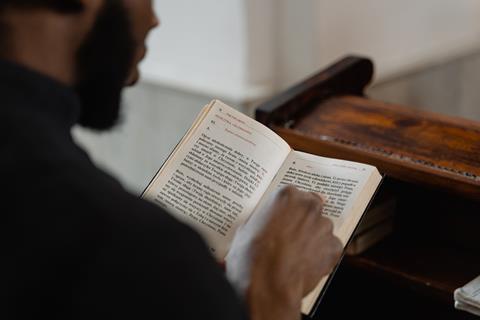 Ten years ago it was Mars Hill. Then there was Ravi Zacharias. Now it’s Hillsong or Dante Bowe and Maverick City Music.

The list of leadership failures goes on and on.

And what’s worrying is that these examples are only those we know about.

It now no longer surprises any of us when we hear about another church network with leadership issues. Perhaps even our own. It begs the questions: When will this end? And what is the cause?

It’s important to remember that not all leadership crises are scandalous, thank heavens. But this doesn’t mean they don’t have a long-term impact. Lack of accountability, the development of personality cults and a failure to follow even the most basic of biblical principles can - and has - led to the disintegration of many congregations and communities, furthering the erosion of public trust in the Church. People rightly ask: “If they’re no better than us, why should we even bother going to church?”

Secularism and political ideology in the West, combined with a rise in the Christian population in Majority World nations (who often lack access to biblical resources) has diluted the theological understanding of Christian leaders worldwide.

According to research used by Langham Partnership – a Christian organisation which biblically equips and resources leaders and pastors – a substantial number of pastors worldwide have little or no formal training, particularly in the evangelical church. In fact, the Centre for the Study of Global Christianity estimates it to be as high as 80 per cent – that’s over two million individuals who have little to no biblical training.

The issue is not just a recent phenomenon. In the 1990s, Langham’s founder, John Stott, quoted J.I Packer in saying the global Church was: “1000 miles wide and half an inch deep.” Stott predicted that the lack of depth among the mushrooming numbers of church attendees, alongside a chronic underinvestment in leadership, could generate the pitfalls of heresy and personality cults. He has, unfortunately, been proved right.

Our leaders need in-depth answers to the concerns of a modern, distracted population

While surface-level attributes such as charisma, rhetoric, pastoral sensitivity and administrative gifting play an important role in leadership, they do not speak to the depth of one’s character. Width is appealing and easy to spot, but depth? Not so much.

When I was growing up in the 1970s and 1980s there wasn’t much competition for our time on a Sunday morning. With no TV, no mobile phones and no football, it was church or nothing.

Now, technology has created an entertainment market which competes for our free time. People are less likely to commit to anything long-term, like going to church, as they risk sacrificing ‘shinier’ options. Now, more than ever, our church leaders need in-depth answers to the questions and concerns of a modern, distracted population. And that is a global issue.

It would be wrong to blame the decline of the UK Church entirely on poor leadership. Ineffective use of church resources and lack of interest from congregations have also played a part. But the insufficient training of leaders has undoubtedly been a significant contributing factor.

Not all leadership crises are scandalous, but that doesn’t mean they don’t have an impact

Leaders need books; books need authors and authors need support to bring their work to life. Building and supporting this global supply chain, along with encouraging pastors to use it, is key to ensuring that they have the knowledge needed to avoid making the same mistakes as their predecessors, instead of adding to the list.

To this end, in the past year, Langham has equipped almost 10,000 pastors and lay leaders to teach God’s word and distributed over 235,000 books. We’ve supported 85 PhD students from over 40 countries to complete theological doctoral programs that will deepen church leadership skills in the Majority World and ensure that the mistakes which have happened in the West are not repeated elsewhere.

Is there a leadership crisis in the global Church? Yes, but it is one that we can fix.