Djokovic and Macron: What would Paul say about the vaccination divide?

Novak Djokovic is spending Orthodox Christmas facing deportation from Australia and President Macron has vowed to clamp down on the unvaccinated in France. As the divide over vaccinations deepens, Tim Bechervaise asks, how should Christians respond? 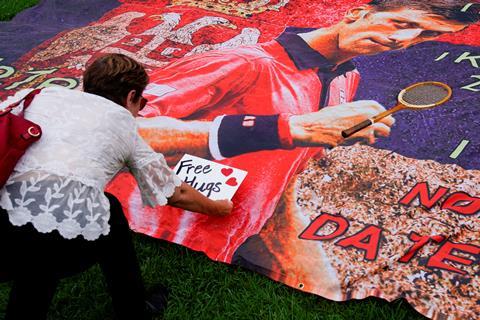 For many people, playing and watching sport provides escapism and relief. At the onset of the pandemic, as sporting events fell like dominoes and clubs were cancelled, many people felt bereft at the loss of activities and occasions that provided a welcome distraction from jobs, responsibilities and worries.

Fast forward to today and sport has come back again (mostly) and once more provides that welcome source of escapism. But as the Omicron outbreak has taken hold, things have started to look shaky.

“They are trying to crucify and belittle Novak”

Last month, I was reading the sports pages of a national newspaper. After a series of postponed matches due to Covid-19, several articles focused not on football, but reports that revealed just 68 per cent of Premiership players had received at least one vaccination (this has since risen to 92 per cent). The news created an outcry: many thought players should be setting an example by being vaccinated and were angry about those who were reticent to do so.

Paul would exhort us to be wise, peaceable and not, in our anger, to be drawn into sin

This week, the attention has shifted to tennis, where discussion has centred not on who might win the Australian Open, which begins on 17 January, but whether one particular person - who could win it - should be there at all. Under current rules, people who are unvaccinated can only enter Australia if they have a valid medical exemption or complete 14 days’ quarantine. Controversially, Novak Djokovic was granted a visa on the grounds of having had a Covid-19 infection within the last six months, despite the country’s federal laws not recognising this an exemption. The episode then took a dramatic turn on Wednesday when, after being held at immigration in Melbourne for some ten hours, his visa was cancelled. Today, the day on which Djokovic, as a devout member of the Serbian Orthodox Church, would be celebrating Christmas Day, he’s alone, in a detention hotel. Outside, fans continued to protest for his release and parish priest, Petar Damnjanovic, led members of the Othodox Christan community in prayers for the tennis star. 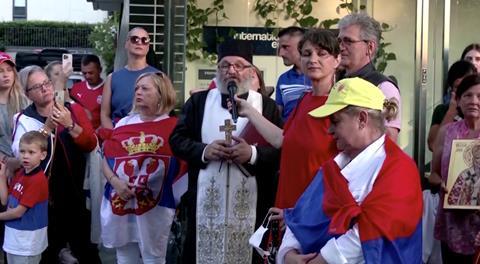 Parish priest, Petar Damnjanovic, leads members of the Othodox Christan community in prayers for the tennis star outside his hotel in Melbourne

In April 2020, Djokovic hit the headlines for saying that he was “opposed to vaccination”, before later adding that he was keeping an open mind, but wanted to have “an option to choose what’s best for my body”. Further headlines were made yesterday when his father made the highly controversial claim that Djokovic was being treated like Jesus: “Jesus was crucified on the cross,” he said. “They are trying to crucify and belittle Novak and throw him to his knees.”

But as tensions run high, what makes this such a divisive issue is that it doesn’t just affect professional sports stars, it affects us all. The latest surge in cases has led to increasing hospitalisations and tightening restrictions (with the possibility of more yet to come). Chris Witty, England’s chief medical officer, said this week that the “great majority” of those in intensive care are unvaccinated patients.

For this reason, patience is wearing thin among the vaccinated, and many of us may well share the sentiments of French President, Emmanuel Macron, who told the French press this week that he was happy to “p*** off” unvaccinated people by “limiting as much as possible their access to activities in social life”, if it encouraged them to get a jab. In response, Marine Le Pen, leader of the far-right National Rally, accused Macron of “turning the unvaccinated into second-class citizens”.

After nearly two years of the Covid-19 pandemic wreacking havoc across the globe, you can understand the growing frustration. Having everyone (or more people) vaccinated won’t bring an end to the virus, but it would provide significant relief. So there are legitimate reasons for people to feel weary, and even angry, with those who don’t or won’t. Even more so when refusal is down to the needless, harmful spread of disinformation.

What would Paul do?

But with a growing wall of hostility emerging that is reminiscent of the Brexit vote in 2016, I began to wonder how the apostle Paul might approach this situation, were he here today. His exhortation to look to the interests of others as well as our own may come into play (Philippians 2:4), given that vaccination is as much about others as ourselves. He’d perhaps also show some frustration for getting caught up in “controversial speculations” (1 Timothy 4).

But he’d also urge respect in conversation (Colossians 4:6), and the value of each person regardless of differences (Galatians 3:28). It’s an approach that will give people license to share, if what’s said sparks not condemnation but compassion. Are fears driving people’s decisions? Are they reluctant to get another jab because the first one caused sickness and left them without an income? Is it difficult for them to access to health services? Given government failures, do people struggle to know who to trust? In all these things - and more - how can we support each other rather than judge and criticise?

Those we disagree with may test our patience and grace, but we have more in reserve than we perhaps thought

Ultimately, he’d exhort people to be wise in the way we act amongst people, to be peaceable and to not, in our anger, be drawn into sin (Romans 12:18, Colossians 4:5, Ephesians 4:26). And with the instruction to “shine like stars” (Philippians 2:15) comes the challenge to live in such a way that we stand out for our love — which includes showing a different response to the angry callers demanding that anti-vaxxers be stripped of their right to NHS treatment if they get sick.

Paul would also draw attention the bigger picture. Vaccinations help, but they can only help so much. Eventually, we’ll all die (unless Jesus returns beforehand). Like all medicines, vaccines are given to help prolong life and delay the inevitable. It’s here that we can be reminded of life’s fragility and our need for a Saviour who has not only conquered death but also the reason for death itself: sin.

Leaning into this brings welcome perspective. It enlarges our view of Jesus and brings excitement about the world to come, where there won’t be one sickness that requires vaccination or medication. Whilst those we disagree with may test our patience and grace, whatever our viewpoint, a fresh look at the mercy shown to us by Jesus will help ensure we have more in reserve than we perhaps thought. And while it’s good to be vocal about important issues, let’s ensure this doesn’t come at the expense of our passion for the ultimate saving work of Jesus through his death and resurrection.

Paul loved pouncing on opportunities to tell a hurting and needy world about Jesus, our redeemer who provides the ultimate escapism, and he’d certainly find plenty of opportunities if he were alive today.