Can fashion be sustainable, ethical and affordable? Oh yes, say these Christian entrepreneurs

The world is waking up to the true cost of fashion, say the Christians who are determined to prove that you can make affordable clothing that doesn’t cost the earth. As Black Friday approaches, here’s how Christians can make choices that are good for people, the planet - and their wallets 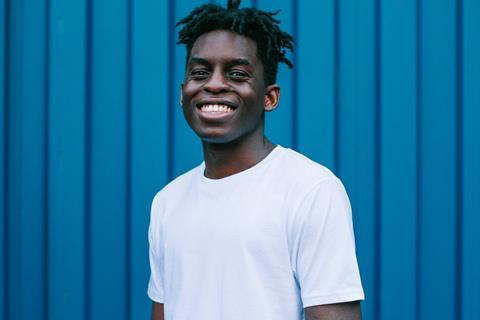 The global fashion supply chain accounts for around 10 per cent of all greenhouse gas emissions. The industry is thirsty, and has been responsible for desertification and water contamination in a range of areas in Central Asia. Cotton farming methods are not sustainable.

Of course, it’s not only the environment where there is a cost. Clothing is one of the products most likely to have modern slavery and labour exploitation in its supply chains. Fast fashion giants, competing to maximise their margins and drive down consumer prices, have creamed every single penny they can out of the poorest workers around the world. The vast majority of those exploited are women; many are children.

What does this mean for us on Black Friday? The unsustainable nature of the Black Friday rush epitomises much of the problem. Clothing is seen as disposable and transient; We rush, week by week from trend to trend, with little consideration of the environmental or human impact of our absurdly cheap bargain buy.

The Bible is clear that the gospel is “good news for the poor”. Jesus announced his ministry by quoting Isaiah 61 and saying that he would “set the oppressed free”. He always sought out the marginalised and called us to love our neighbours like the good Samaritan. Who is your neighbour? She (and it probably is a she - women are disproportionately more likely to be the victims of injustice in the fashion industry) is the Indian garment worker working long hours for little pay, or the farmer whose water has been contaminated in the process of making your jeans. Christians, in loving their neighbour, should be at the forefront of the ethical and sustainable fashion movement.

The good news is that, as a consumer, you do have options. Vote with your wallets by buying ethical. Choose brands that are transparent about their supply chains, focus on living wages and champion renewable energy sources. Brands like Patagonia, Lucy and Yak, Zena and Jollie’s Socks are trailblazing in this space. The fashion industry will, eventually, be transformed - one consumer choice at a time.

Of course, for many, some of these brands appear a high-end luxury. Definitely outside of the Santa stocking budget and more like the main Christmas present. So is a sustainable stocking possible?

Studies show that it would only cost pennies more per garment for major brands to guarantee their workers a living wage. That’s why we set up Yes Friends, a new brand that sells sustainable and ethical t-shirts for just £7.99. Yes friends, you heard us. Just £7.99 for an ethical, sustainable t-shirt! Our business model proves that you can make a profit while using fairtrade organic cotton, paying good wages to workers, using renewable energy - and still selling clothes for an affordable price. And now, we’re rolling out hoodies too.

How do we do it? The truth is, when producing at scale, it costs little extra per t-shirt to pay a living wages and use sustainable manufacturing methods. In addition to large scale, we also use lower direct-to-consumer margins. Our dream is that everyone will have an ethical and affordable fashion alternative. You buy Fairtrade bananas and free-range eggs - maybe it’s time to add an ethical tee to your basket.

We are doing this because we want to see the industry change. In 2018, 5 billion plastic straws were used in the UK. A year and a half later, they were banned. The ingredients in this rapid transformation were mass public awareness, consumer power and the dulcet tones of David Attenborough. The way in which plastic straws became a pariah overnight proves that there is always hope, even when staring at the most intractable problems.

As public consciousness emerges about the environmental hazards and forced labour at the heart of our clothing industry, we believe fashion is on the precipice of its own plastic moment. But it requires each one of us to play our part.

Johnny PattersonJohnny Patterson is a human rights activist and writer. He is a co-founder of Yes Friends, an ethical and sustainable clothing brand, as well as being co-founder and Policy Director at Hong Kong Watch, an international human rights organisation.
Follow @https://www.twitter.com/@Johnny_HKWatchFacebook