As violence in Israel continues, we all need to pray for peace

Distrust and anger stokes the fire that is consuming Jerusalem, says Angleena Keizer, and everyone suffers because of it 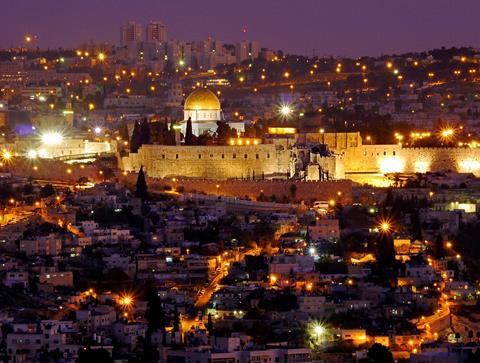 As I have travelled around the Holy Land over the last three years, I have seen both chaos and beauty. Now I watch as Jerusalem, Gaza and the land around it is on fire and tears fall like rain. The fire has been fuelled by injustice, human rights which have been denied, occupation, oppression, a divided society, failed politics and failed leadership. All who live in this land are affected in one way or another.

Jerusalem is on fire and tears fall like rain

Last Monday was Jerusalem Day, a national holiday. Hundreds of Israeli settlers marched, celebrating winning control over the Holy City in the 1967 six-day war. Tomorrow, May 15th, is Nakba - which means ‘catastrophe’ in Arabic - when Palestinians remember the day in 1948 when they fled or were expelled from their land and homes. More than 400 villages were destroyed. For some it’s a time to celebrate, for others to weep. Decades of history fuel this fire.

A fire of hatred

Things started to look up as the war against the Covid-19 pandemic was waged. Israel’s vaccination programme seemed to be winning against sickness, disease and loss of life. Life started to return to some form of normality, before another pandemic raised its ugly head. Jerusalem is on fire once again, but it is a fire of hatred; of division, disunity, injustice, pain, rage and suffering. And as life began to return to normal after Covid-19, the racism, distrust, anger and frustration returned.

Freedom of worship, equality and human dignity is not available to all, as we have seen during Ramadan. Orthodox Christians are celebrating Easter, but many locals were barred from entering the Old City for the holy fire ceremony in the Holy Sepulchre. Police barriers prevent entry to both Muslim and Christians.

No winners in war

Jerusalem represents all the people of the land and, as we hover on the brink of another war, there are no winners. There is civil unrest; towns are burning and people are being killed, injured, displaced and traumatised. They are tired from the constant sirens and bombardments.

May the rage turn to hope. May the people find each other and see each other’s pain

As Gershom Gorenberg poignantly writes: “The cracked bridge has collapsed, the frayed rope has snapped. Weep damm it, weep for us. Weep for this season of wildflowers, weep for the dead and the living, weep for God who can’t get us to stop, weep for humanity. Somehow this will stop, we will see each other’s face, each other’s pain. We will realise this cannot go on. We will find each other. It is what can come after anger and grief, what must come, I have to believe”.

Yesterday, I attended the installation of Jerusalem’s new Archbishop Hosam Naoum at the Anglican cathedral. Christians travelled from all over the land to attend the service, which was uplifting and moving. It brought some relief and joy in these dark times as we celebrated and praised God together. He reminded us of the importance of Christian unity - that it is desperately needed in the world. Jerusalem is on fire and tears fall like rain. It can happen in any community where people are systematically robbed of dignity, hope and equality. May the Church of Christ weep, and then shine brightly, speaking out against injustice everywhere, praying for solutions to the rage and fires that burn; praying for a just peace.

May the rage turn to hope in Jerusalem, Gaza, the West Bank and in all the land between the Jordan and the sea we call Holy. May the people find each other and see each other’s pain. Thank you for your continued lament and prayers for the peace of Jerusalem. May it stop burning, the tears stop flowing, so that lives can be restored and all can freely enjoy the wildflowers that grow there.