God loves Israelis and Palestinians. Here’s how we can be praying for them

We might not all agree on the politics, but we should all cry out to God for peace in the Middle East 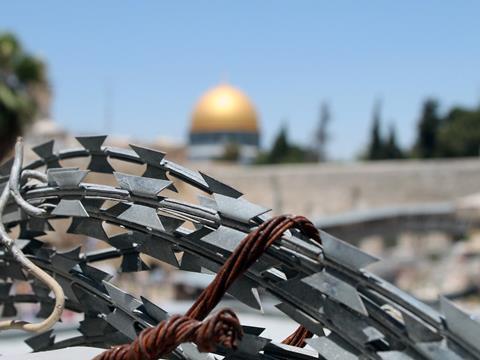 Over the last week, the violence in Israel and Palestine has escalated to a level not seen for many years. Innocent civilians on both sides have died and there has been disruption to access to health services, clean water and food supplies.

The politics of the region is, of course, immensely complex, and reactions to these issues have been a defining matter in British politics. Some will say that the UK government would not remain on such good terms with any other country that has reacted in the way that the Israeli leadership has. Others would say that Israel is the only liberal democracy in the region and has a better human rights record than most of the countries who are criticising it.

When you read reports about the conflict, you will come across place names that ring a bell - because they are mentioned in the Bible. This can heighten our sensitivities. It can make people think that we should react to this conflict differently than we would if this violence was happening elsewhere. I hardly need to say that Christians don’t all agree on the role of Israel in God’s future plans. I think we can agree on one thing, though, and that is that God loves all of the people involved. He has compassion on those who suffer and he is not neutral about the wrongs of those who act with violence or without justice.

We cannot know every detail of his plan, but he has promised us a future where there will be no more death or mourning

Christians should cry out to God because people are suffering and dying. Every single person in Gaza and Jerusalem is made in his image. They are each fearfully and wonderfully made. So we should pray earnestly and passionately to God, knowing that he cares for everyone in Israel and Palestine and knowing that he is sovereign and all powerful.

I would suggest that we pray for an end to fighting; for a ceasefire. Give thanks for the Egyptian government for their efforts to broker a peace between Israel and the Palestinians; ask that God would raise up men and women of peace on both sides. Pray also for wisdom for world leaders that their interventions would lead to a de-escalation, that the historic friends of each of the two sides would urge their ally to show restraint.

Above all, let us pray for the vulnerable – those people whose lives and wellbeing are at risk, those who have been bereaved - that they would be protected, comforted and provided for. And let’s pray for Christians in the region to be powerful witnesses to the unifying, saving power of the gospel.

Middle East politics has a habit of flushing British politicians into tribes. It’s fine to have alternative views over the future of the region, but let’s make sure that our language and our attitudes are seasoned with grace towards the other side and compassion for all who suffer.

God has compassion on those who suffer. He is not neutral about those who act with violence or without justice

As we cry out for his intervention, let’s remember that he is sovereign. We cannot know every detail of his plan, but he has promised us a future where there will be no more death or mourning or crying or pain. He keeps his promises.