The Dean of St George’s College in Jerusalem has told Premier its a “tragedy and a scandal” that Israel has vaccinated its population while no provision has been made for the Palestinians. But Robin Lane says the Dean is mistaken 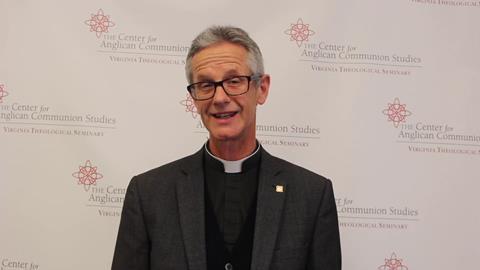 Earlier this week, The Very Reverend Richard Sewell, Dean of St George’s College in Jerusalem raised an aspect of the plight of Arab people living in Judea, Samaria and Gaza. In comments to Premier, the Dean said, “While Israel is opening up as a result of its successful vaccination programme, many in Palestine are still struggling with desperate poverty and little hope of access to the vaccine.”

He went on to say that Palestinians had only received “several thousand vaccines” and added, “I really hope that Israel is put under pressure to take its responsibilities seriously.”

His comments are inaccurate on several points.

First, it seems that Revd Sewell relied upon the many misleading press reports about the situation which claim Israel has taken no responsibility for vaccinating Palestinians. One of these false reports was corrected successfully by CAMERA last month. The truth is that Israel has in fact vaccinated Palestinians in annexed east Jerusalem as well as some 100,000 West Bank labourers who work in Israel and its settlements.

Third, the Revd Sewell has misunderstood the responsibilities in this area, as indeed did the BBC and many other news outlets. The responsibility for vaccinating the Arab population of these areas lies with the Palestinian Authority (PA), not with Israel.

The BBC admitted their error on 9 February when they published a correction to one of their reports, saying: “We suggested that under the Oslo Accords, Palestinian healthcare is ultimately the responsibility of the Israeli government. Although there is a wider dispute over the issue, the Accords – which Israel signed with the Palestine Liberation Organisation – give the Palestinian Authority oversight of public health under the principles of self-determination.”

Back in January, Palestinian Media Watch observed that the PA often blames Israel for its ‎own failures and that it was doing so again in this situation. They reported that the PA had been assuring its population for two months that its Ministry of Health was in ‎control, had ordered vaccines, and that their arrival was imminent, without Israel’s help – meaning they did not need help from Israel.

But when those arrangements did not progress to their satisfaction, the PA chose to change its tune and blame Israel for their lack of vaccines!

‎This tendency to blame Israel arose again in a recent meeting of the United Nations Human Rights Council (UNHRC). In its 46th session, representatives claimed that Israel was operating an apartheid system within its COVID-19 vaccination programme. That prompted an Israeli Arab, Yoseph Haddad, to address the council on behalf of UN Watch and correct them in very clear terms, saying: “Accusations have been made against Israel that its vaccination program is racist, and that is not true. Like me, my family, friends and hundreds of thousands of other Israeli Arabs have been vaccinated.”

“The State of Israel is campaigning in Arabic to encourage us Israeli Arabs to get vaccinated and Israel’s Magen David Adom National Rescue Organisation, which consists of Jews and Arabs, works directly with Arab communities to vaccinate its residents.”

Thus, the Revd Sewell seems to have been led astray into believing distortions of the true situation. And while many people would like the Israelis to be generous towards their neighbours, the question arises, “How many other countries are giving away significant numbers of doses of vaccines?”

Are people expecting Israel to do more than other countries are prepared to do?