Hope in the Holy Land: This powerful Israel-Palestine documentary will challenge your assumptions 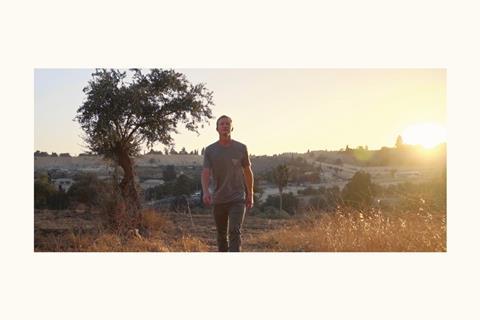 Like many American evangelicals, Todd Morehead believes the return of the Jews to the land of Israel, and the creation of the modern state in 1948 is a fulfilment of Old Testament prophecy (Ezekiel 37; Amos 9:14-15; Isaiah 66:8, etc). Debates rage over the correct interpretation of those biblical passages, and Christian Zionists are regularly accused of being so dogmatic in their support for Israel as a political entity that they are either oblivious to the plight of the Palestinians, or worse, disinterested and uncompassionate when it comes to their suffering.

In the opening of his documentary, Morehead confesses he is guilty as charged: “To be honest I always saw the Palestinians as my enemy, and even getting in the way of God’s plan for Israel. A couple of years ago I was challenged to explore this conflict from both perspectives,” he says. “I’ve studied the conflict for a long time, but you can’t understand the conflict from the other side of the world without stepping into it…How do I love and support the Jewish people and yet love and support the Palestinians at the same time? If my theology doesn’t compel me to love my enemy, then I need a new theology.”

Hope in the Holy Land is a personal journey for Morehead. We see him travel from his comfortable home in California right into the heart of the conflict. The film shows him listening to alternative perspectives as he meets with Palestinians in the West Bank and hears their stories.

Views on the Israeli-Palestinian conflict are often polarised, and even those who claim to be free from bias rarely are. There’s probably no such thing as a neutral piece of filmmaking on the Middle East, and there are a few moments – such as in his explanation of the history of the region – where Morehead’s pro-Israel bias creeps in. But while the film touches on history, politics and theology, it does well to keep the focus on the stories of ordinary Israeli and Palestinians today, and leaves plenty of space for the viewer to come to their own conclusions.

In the course of the 110-minute documentary, we hear from Israeli Christians, Palestinian Christians, peace activists, victims of terror attack and a civil rights lawyer. Gradually a picture begins to emerge of a region far more complicated than Morehead had previously understood.

Beautifully shot and scored, this is a professional, engaging and intriguing piece of filmmaking. Ultimately, Hope in the Holy Land argues that the majority of Israelis and Palestinians want peace, and does well to showcase where genuine reconciliation is taking place – for example, the Arab man and Jewish woman who crowdfunded £20,000 to open a guest house and go into business together.

The film is not designed to turn pro-Israel activists into pro-Palestinian activists (or vice versa). Instead it helpfully challenges prejudices held by both sides, and will hopefully go some way in tempering the more extreme ends of both the Christian Zionist and the pro-Palestinian movements.

Hope in the Holy Land is released on 14 May (73rd anniversary of Israeli independence and the Palestinian Naqba) and will be available to stream on Apple TV, GooglePlay, Vimeo and other platforms. For more information see hopeintheholyland.com