As the future head of the Church of England, Prince Charles was right to speak out on Rwanda

Far from being contrary to his position, speaking out about Rwanda is the future king’s moral and religious imperative, says George Pitcher. And it would be a dereliction of his Christian duty not to do so 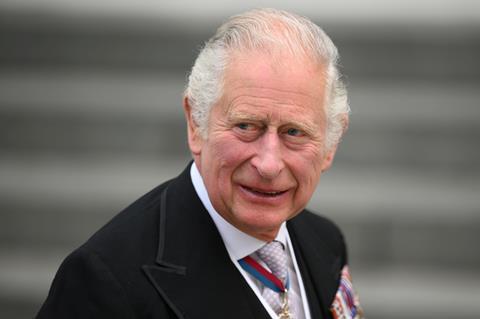 Welcome to our world, Prince Charles. Whenever a Church of England bishop – or indeed any high-profile member of clergy – delivers a message that is unhelpful to government policy, they face a political pile-on of ministers telling them, in no uncertain terms, to butt out of politics and stay in the pulpit.

Now the Prince of Wales has had the same treatment for letting it be known that he thinks the current government wheeze of relocating asylum seekers in the UK to Rwanda is “appalling”. One cabinet minister is quoted as saying: “The trouble with Charles is that he thinks he needs to be interesting and he thinks people are interested in what he thinks. He seems to have misunderstood the role.”

That’s almost indistinguishable from the kind of comment bishops can expect to get when they criticise political policy. Politics is for politicians, they’re told, and the Church should stick to preaching the gospel (though it’s never made clear why those two activities should be different).

A case can more plausibly be made for preventing Prince Charles from meddling in politics. The argument runs that, as Prince of Wales, his opinions will be tolerated in the public square; but the unwritten British constitutional convention is that, as king, he will have to remain silent on political affairs - just as his mother has for 70 years. As head of state, it’s argued, he cannot take a political position.

But this widely expressed and accepted view is a category mistake. And it really is - in contrast to the anonymous cabinet minister - to misunderstand the role of monarch. Because Charles wasn’t expressing a political opinion, he was expressing a trenchant view about the treatment of a bunch of people in what will become his realm. And, as such, he was also expressing a religious view.

When Charles accedes to the throne, he not only becomes our king, he becomes Supreme Governor of the Church of England. If you believe, as I do, that it is the job of our national Church, established in law, to stand in the corner of the vulnerable and dispossessed against powers that would exploit and oppress them, then it is incumbent on the head of that Church to do so, too. Indeed, it’s a gospel imperative and duty, setting an example for the members of that Church to follow.

Defender of the faith

Furthermore, Charles will assume another title at his coronation: Defender of the Faith. This was the role conferred by Pope Julius II on the British monarch in the early sixteenth Century and carried through the Protestant Reformation into the Anglican tradition.

As such, Charles will be entitled to defend the faith when he considers that it’s being derogated, which could quite arguably be the case with regard to the Rwanda deportation policy. Charles has, controversially, previously suggested that he would wish to be Defender of Faith, widening the role to embrace all recognised traditions. That can only serve to pluralise his oversight, should anyone suggest that his remit is confined only to confessors of the Christian faith.

At his coronation, as his mother did at hers in 1953, Charles will be asked to affirm these two questions from the Archbishop of Canterbury: “Will you to your power cause Law and Justice, in Mercy, to be executed in all your judgements?” and “Will you to the utmost of your power maintain the Laws of God and the true profession of the Gospel?”

Those are significant oaths. All 25 of the current Lords Spiritual – the bishops who sit in the House of Lords – signed a letter to The Times this week which stated that “our Christian heritage should inspire us to treat asylum seekers with compassion, fairness and justice” and called the deportations an “immoral policy [that] shames Britain”.

It’s difficult to see how their Supreme Governor, and the monarch to whom all members of both houses of parliament swear an oath of allegiance, could be asked to take a different view, or simply to pretend that he doesn’t have a view at all.

Charles wasn’t expressing a political opinion, he was expressing a view about the treatment of people in what will become his realm

It’s worth, too, dwelling on those three tenets of faith that the bishops cite: compassion, fairness and justice. These are not political positions to adopt – they are universal cultural and religious norms to be defended. And the monarch promises to defend them. Not to do so would be to break that promise. All that heresy needs to prevail is for the faithful to say nothing.

The final quality of the three – justice – is probably the one that carries the most weight in the political sphere. Justice requires judgment – not just in the judicial sense of condemning wrongdoing, but also through the meaning of exercising discernment. Where one spots the opposite of compassion and fairness, it must be called out.

Again, that is not a political act but an act of witness; not an exercise of power but an exercise of conscience. So, should Charles have spoken out on this atrocious government policy? And should he do so as king? Absolutely. It would be a dereliction of his Christian duty not to.