Welsh people have been divided over the quick announcement of their new Prince and Princess. As William and Kate visit Wales for the first time since the Queen’s death, Nathan Sadler says Christians should be praying for the couple 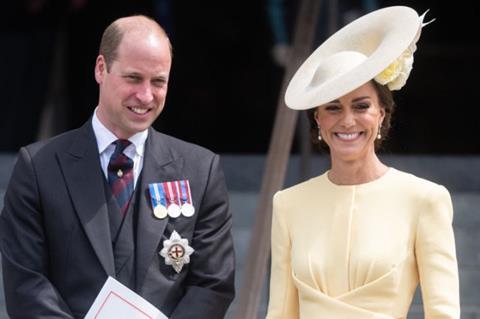 Wales is featured rather peculiarly within the United Kingdom. The Union Jack flag pays no reference to the red dragon, we don’t have our own bank notes like Scotland or Northern Ireland, and the Prince of Wales feathers (Wales’s rugby union crest to you and me) has German writing underneath it. The topic of monarchy always generates a lively debate in the country and, unsurprisingly, there is no single, simple way of summing up a nation’s mood.

In his first address to the nation as the newly-promoted head of state, King Charles III declared that William and Kate would assume the titles of Prince and Princess of Wales. While some welcomed the announcement, made so early on in what will most likely be his most listened to address to the nation, others found it to be somewhat premature.

During her reign, the Queen made sure Charles became Prince of Wales only when he recognised the weight of the title, which was bestowed during a grand ceremony in Caernarfon in 1969. So does Charles’ swift passing of the mantle to William suggest the significance was never realised? While Charles was only three years old when he became heir to the throne, William is 40 and has had ample time to prepare. He and Catherine made their first home together on the Welsh island of Ynys Môn (or Anglesey) for two years, so it could be argued that he’s already ‘done his time’. But nonetheless, it’s an interesting question that still causes divide.

Among more republican Welsh people, it’s been an area of scrutiny in these last few weeks. The grand ceremony which took place when Charles became Prince of Wales doesn’t look likely to be repeated with William, which will please those who don’t favour the monarchy. However, the more muted declaration doesn’t seem to have satisfied everybody either. What both examples do demonstrate is that the people of Wales want to be listened to. As this change takes place, there is need to take into account the variety of views held.

There seems to be a desire for something of a middle-ground - somewhere between the pomp of the 1969 ceremony and the recent understated announcement. I was recently speaking to a church leader who is against the idea of a monarchy, but has seen his congregation size double in the last few weeks since the death of the Queen.

With ‘integrity’ being such a buzzword among our nation’s leaders - and among high profile names within the Church - it was perhaps the Queen’s quietly consistent, resilient faith that people have been drawn towards. While this hasn’t changed any of the political opinions of the church leader in question, it has challenged how he reflects on the monarchy’s significance for others, and how he engages with members of his church on the topic.

It has also been an interesting moment for the republican party in Wales, Plaid, who have had to navigate their views with sensitivity in recent weeks. The llywydd (or presiding officer) of the Welsh parliamet, Rt Hon Elin Jones MS stated: “In this modern, hopefully new relationship with the new King, then we can have discussions around the role that the head of state will play […] But today, he has made sure that this Senedd, this Welsh Parliament and Wales are important to him and we respect him for that and we’re grateful that he respects us as well”.

For the new Prince of Wales, a rather tricky balancing act is set out ahead of him.

It is unlikely that he will win over everybody in Wales, but it is important that he begins to understand the nuance of Welsh culture. It is a country that punches above its weight and is proud of it. A country that has its own unique culture and history. Learning the Welsh language would be a good place to start, and not as a party piece to tag onto the end of a speech, but in a way that is used and understood as a living and breathing language; an attempt to genuinely connect with the Welsh-speaking people of Wales who have often felt disconnected from the royal family.

Whatever William and Kate do in their new role as Prince and Princess of Wales, and Charles in his role as King, it is important for us to be praying for them. It is the strange yet incredible reality of Jesus’ teachings that whether you agree or disagree with those who have power and influence over you, you are still to pray for them.

We must pray that they begin to love the nation of Wales and its people, that they learn and respect its language. We must also be so bold as to pray that they would acknowledge the rich Christian heritage of Wales, and how this has affected the very fabric of Welsh culture and identity. And finally, let us pray that William and Kate know Jesus as their personal Lord and Saviour and that we, as Christians in Wales, are reminded that our ultimate identity is in him.

Nathan SadlerNathan is a public policy officer in Wales for the Evangelical Alliance. He is a Welsh speaker who also works part-time for Alpha, and is passionate about engaging with both churches and public representatives, encouraging Christians to speak up in the public square