Matt Hancock wants another debate on assisted dying. Christians need to be prepared

Matt Hancock has opened the door to changing the law on assisted suicide, says CARE’s James Mildred, as he urges Christians to oppose the move 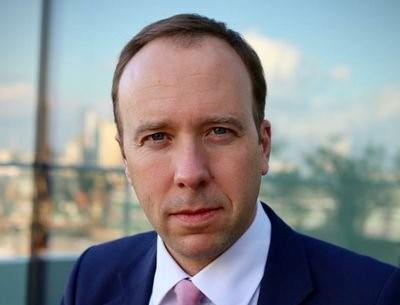 Health Secretary Matt Hancock fired the starting pistol for a new debate on assisted suicide last week by calling for more clarity on the number of people with terminal illness who have accessed ‘assisted dying’ overseas. His intention is clear – if he can demonstrate that a growing number of people are travelling abroad to access assisted suicide, a case will be made for allowing assisted deaths to take place on British soil.

It is depressing that the Health Secretary, who has overseen national efforts to preserve vulnerable elderly lives throughout the coronavirus pandemic, has rowed in behind this change in the law. However, it is not altogether surprising. Calls for a new debate on assisted suicide have been mounting in recent months in England and in Scotland, where a Private Member’s Bill is expected as early as this year.

The assisted dying lobby is no longer a fringe entity. It is entirely mainstream.

The assisted suicide lobby is active and tireless in its pursuit of a change in the law, despite suffering several defeats in parliament in recent years. Campaign group Dignity in Dying is the main proponent of assisted suicide in the UK. It is well-funded, slick, and supported by celebrities such as TV personality Prue Leith. The assisted dying lobby is no longer a fringe entity. It is entirely mainstream.

Christians and others who oppose assisted suicide cannot sit on our laurels in the coming months. We are again going to be called on to defend the current law, which declares every suicide a tragedy and the taking of human life by any citizen, including physicians, a crime. This time, the stakes are higher. Dignity in Dying and other pro-assisted suicide voices are being handed a platform in parliament and in the media that they have not had access to before. So what can we be doing?

Presenting a winning case against assisted suicide has to involve both logical arguments, encompassing the experience of other jurisdictions, and also emotional arguments, as a counter to those deployed by the other side. The assisted suicide lobby knows that it can sway politicians and others by citing a tiny minority of emotive cases and playing down evidence of the risks involved. We must speak both to the head and to the heart if we are to convince our neighbours to oppose a change in the law.

In terms of logical arguments, we can tell others that changing the law to allow assisted suicide for a small subset of people, such as the ‘terminally ill’, quickly results in a ‘slippery slope’. Legislation is incrementally extended to include other, vulnerable groups. In Belgium, for example, the law on assisted suicide and euthanasia now allows people who are ‘suffering unbearably with no other reasonable prospect of relief’ to access an assisted death. This vague threshold has seen people with depression euthanised. What message does this send about how mental health issues should be addressed?

We can also argue that a change in the law puts pressure on vulnerable citizens to end their lives. In Canada, where assisted suicide has been legal for several years, a significant percentage of adults who opt for an assisted death cite ‘fear of becoming a burden’ to loved ones. There is even evidence of people being coerced into an assisted death by family members who would rather not wait for an inheritance. Is this really a culture that we want to engender in the United Kingdom? Fair-minded people should balk at the thought.

A powerful Christian narrative against assisted suicide can involve two things. Firstly, we can tell stories of hope at the end of life – of loved ones who encountered suffering through terminal illness or infirmity in old age but who carried on and experienced precious moments as a result. And secondly, we can start telling a better story about the society we want to see in our country – a society that values, cares for and protects human beings from the cradle to the grave.