'We’re living on the corpse of our ancestors': Jordan Peterson is right about the secular West

In a new series the Unbelievable? programme from Premier has begun a series of ‘Big Conversations’. And you don’t get much bigger than Jordan Peterson – the Canadian psychology professor and author of the bestselling book 12 Rules for Life. He is regularly interviewed all over the world. As a Peterson fan, I have watched many of them myself.

But this one is up there with the best. Peterson and Susan Blackmore, a charming and thought provoking atheist psychologist, shared a conversation chaired with his usual expertise by Justin Brierley, host of the weekly Unbelievable? show.

Peterson is fascinating and brilliant at helping people think through difficult questions. I found his 12 Rules a stimulating and provocative read.

He is also excellent at seeing what lies behind the questions. However at times he can be frustrating – none more so than his continual avoidance of the God question! In this interview he states that he cannot answer the question because he doesn’t know what people mean by ‘believe’!

But aside from avoiding questions about his personal beliefs the conversation really got going when they discussed the impact of religion in general and Christianity in particular upon society.

God is dead…or is he?

Peterson pointed out that when Nietzsche declared "God is dead", he was not celebrating, but rather warning that the rejection of Europe’s Christian foundations, would lead to something worse. Peterson argues that in essence Nietzsche predicted the rise of communism and fascism.

‘Memes’ were also a concept debated in the show, and Blackmore had plenty of her own to throw in.

She countered Peterson with the oft-repeated meme that the most dysfunctional societies today are the most religious. She cited research that showed that in many US states the higher the proclaimed belief in God, the more murders, suicide and marital breakdown there are. But there are enormous problems with her oft-repeated mantra.

Firstly, there is the question of whether correlation means causation. If research showed that thinner people were more likely to commit murder does that mean that slimming is a cause of murder?! Life is usually much more complex than that.

Another issue, which Blackmore does not tackle, is the fact that class and wealth may be greater factors here. Perhaps those who are middle class and well off have less reason both to believe in God (being rather more assured of their own power and goodness) or to commit the obvious kinds of crime that appear most in crime statistics (these statistics do not usually cover the more respectable sins, or the corporate exploitation of the poor).

In fact, it’s conceivable that the situation would be much worse if it were not for the selfless work that so many churches do in the areas that the rest of society have left behind?

Yet another problem is that (as Peterson countered) we are very early on in the experiment of the rejection of Christianity by the Western nations. A convincing case can be argued that it was the rejection and decline of Christianity in Germany and Russia which allowed both fascism and communism to arise – Nietzsche was prophetic and correct in that. Who knows what will yet happen in other nations?

But what about that other classic meme, brought up by Blackmore – that Scandinavian countries are some of the most secular and atheistic in the world, and they have not degenerated into moral anarchy? I remember this same argument being brought up in my debate with sceptic Michael Shermer on Unbelievable? back in 2010. The only thing that has changed since then is that the view of Sweden as paradise has become less tenable.

There are two major problems with the Scandinavia-as-a-secular-paradise argument.

Firstly, the correlation and causation argument, again. Is it because the Scandinavian countries are more atheist that they are functioning well, or in spite of it? The fact that they are largely homogenous countries and that they are small and wealthy are probably more important factors.

Plus, the same problem applies in terms of Peterson’s argument about the shortness of time. All of these countries were Christian countries with established churches – for example the Church in Sweden was only dis-established in 2010. Six million Swedes are still baptized members of the Swedish Lutheran church – that is around 60% of the population. It’s hardly an atheist country founded on atheist principles! What if the prosperity and relative stability was due to being established on Christian foundations as well as being relatively small and homogenous?

An atheist once gave me a list of ten countries in the world that he would want to live in – because of the values and freedoms they hold. What I found ironic was that not one of these countries had an atheist foundation, but every single one – apart from Singapore – had experienced a Protestant Reformation and renewal. Coincidence? 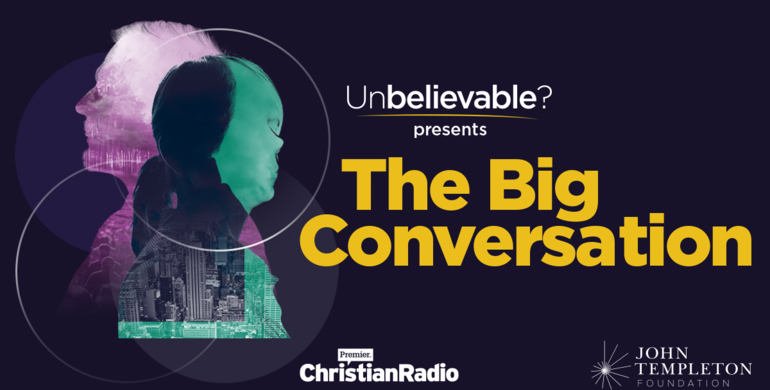 The other issue is that after the root has gone – it takes some time for the fruit to disappear.

This is the argument of Peterson and indeed atheists like Douglas Murray, who argues that Europe is in trouble because although we value the fruit of Christianity (tolerance, diversity, equality, the rule of law, social welfare), having got rid of the root, we are also likely to lose the fruit.

There is increasing evidence that the supposed secular paradise of Sweden is seeing that begin to happen. There are now race riots and gang warfare in Sweden. An ultra right party is currently at 20% in the opinion polls. It seems that it has not taken long for trouble to come to paradise.

Peterson again gets this far more realistically than Blackmore. He argues that increasingly secular countries in the West are still acting out a "Judaeo-Christian ethic", saying, "They're stable to the degree that they're not secular. We're living on the corpse of our ancestors. But that stops being nourishing and starts to become rotten unless you replenish it. And I don’t think we are replenishing it. We're living on borrowed time and are in danger of running out of it."

For her part, Blackmore seems to be living in a fantasy world where we are progressing to some kind of secular Nirvana. “We have not descended into being a terrible country”. That is debatable. The trouble is that we are regressing into a Greco/Roman/Pagan world – by the time it really affects the elites it will be too late to do anything about it.

The problem of meaninglessness

Blackmore admits that "under the sun", as Solomon would say, everything is meaningless. In a chilling section of the conversation, after arguing that we are just evolved bodies who have no free will, she says; “Nothing matters it’s all empty and meaningless…get on with it girl….accept the meaningless of everything….”  Peterson rightly points out that she does not act like this.

Blackmore can afford to live a life with a philosophy that says everything is meaningless and nothing matters – she is well off, middle class and privileged. But what about the poor? What about those who can’t avoid the bigger questions and drown out the meaninglessness just by being comfortable and hiding behind the prosperity of the now?

This conversation is incredibly valuable in understanding some of the deeper issues facing our society today. Although it left me wanting a whole lot more! Blackmore is someone who wants the fruits of Christianity in society, without the roots. Peterson wants Christianity – but without Christ. He too wants the fruits in both society and his personal life – but is he prepared to believe in and accept The Root?

My problem with this whole discussion is that Peterson is like a one-eyed man in the kingdom of the blind! He sees the problem – but he can’t grasp the solution – at least not personally. Blackmore on the other hand is like one of the wealthy diners on the Titanic, meditating that all is well as they down their champagne and caviar, all the while heading for the iceberg. We need a Saviour and (as smart and nice as he is) it’s not Jordan Peterson.

Watch the conversation between Jordan B Peterson and Susan Blackmore and sign up for updates, videos and bonus content at thebigconversation.show