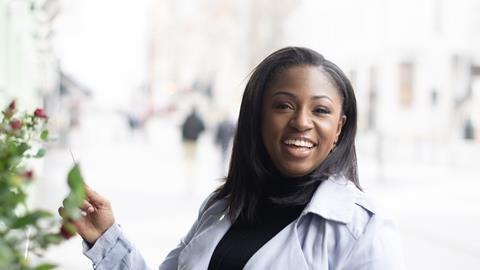 Genelle Aldred: ‘Jesus wouldn’t fit in most of our churches’

The journalist and activist was just 19 when an unplanned pregnancy ended in the stillbirth of her daughter. It was an experience that still drives her to tackle inequality wherever she sees it

Genelle Aldred has presented the news for some of the world’s largest broadcasters, including the BBC and ITV, and has interviewed Lenny Henry, Paul O’Grady and One Direction’s Louis Tomlinson and Liam Payne. But a desire to speak out on issues of injustice has led her down a new path: working with organisations to help them achieve gender and racial diversity, as well as improve their workplace culture and communication. It’s a role which, in many ways, her Christian faith prepared her for.

Throughout our conversation, Aldred’s passion to see equality grow in both the Church and society shines through. The daughter of a pastor, she moved home frequently as a child, telling me this gave her an unusual resilience. She first spoke publicly, aged just seven, at a national conference for The Church of God of Prophecy. It was there that she began to understand the power of communication.

After an unexpected teenage pregnancy, Aldred experienced the tragedy of stillbirth. She is now an ambassador for Sands, a charity supporting those affected by stillbirth and neonatal death. As we talk, Aldred’s desire that other mothers in her situation would be heard, and saved from such a devastating loss, is clear.  Her new book Communicate for Change (SPCK), challenges us to become better listeners and speakers, and to effect change that leaves a lasting impact. 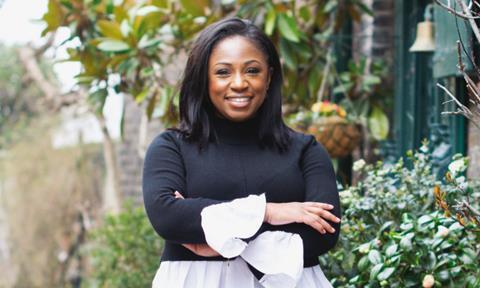 Your father Joe Aldred was a bishop in the Church of God of Prophecy, so you grew up deeply involved in church. When did your faith become your own?

I think that’s been an ebb and flow through life. When you’re young it’s a community faith. It’s the water that you swim in. And then you go through different experiences in life, like losing my daughter, where I began to question my faith. So it’s been an ever-evolving journey.

Could you share about the birth of your daughter, Sade-Rose?

I was 19 when I fell pregnant. It’s a big thing when you’re raised in church, being pregnant and not being married while still a teenager. I had a stillbirth at 40 weeks and 10 days.You’re ready for this life change, which then doesn’t happen. I look back now, 20 years on, and see the many ways it has affected me: my mental health, my choices and everything that’s come since. So, forever changed, really. 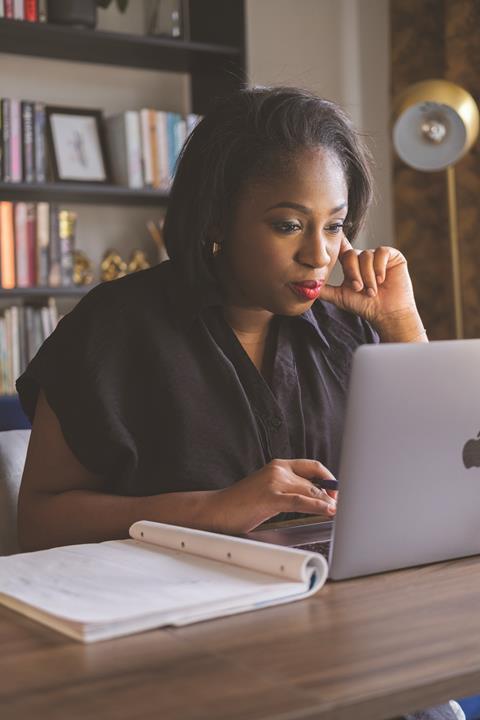 I was really angry. I’d seen seven midwives in one week. I wasn’t feeling very well and I was trying to advocate for myself. My mother was trying to advocate for me. A lot of my resentment around injustice is about people not being listened to when they have a sense that something’s not OK. The voice for the voiceless phrase is ridiculous to me – no one is voiceless. I had a voice and I was trying to use it, but people didn’t want to listen. We need to recognise that injustice is not that people don’t have voices – but that we don’t have ears to hear.

Tell me about your work with Sands to address inequality in the way that black mothers are treated.

This conversation is always so fraught, because people say: “You’re saying that midwives are racist.” Actually, every single human being carries bias. And it’s that bias that allows these deaths to happen needlessly. When we’re looking at the data, there’s nothing physiologically different, so we have to put the explanation down to human error. Had I been listened to, they would have recognised that my placenta was running out.

I’m very grateful for the NHS, but sometimes people get things wrong. And when they do, it has a devastating consequence. Twenty years down the road, I’m still wrapping my head around different facets of grief.

INJUSTICE HAPPENS BECAUSE WE DON’T HAVE EARS TO HEAR, NOT BECAUSE PEOPLE DON’T HAVE VOICES

What was your faith journey through that time?

I went through phases where I wasn’t sure if I believed there was a God. I remember talking to my dad. He said: “It’s hard when we talk about this big God, and then somehow that’s reduced to just coming to church on a Sunday morning and clapping our hands. How do those two things meet?” During this time, the Pope came to the UK. He was talking about our faith being about serving others. I thought: That’s something I can get behind. Because if it’s just about me, this doesn’t make sense. But if it’s about us, then that makes more sense to me.

How did you move into journalism?

I didn’t have a direction at that time and [my dad’s friend at the BBC] said to me: “Have you thought about journalism? You’ve got the perfect personality.” I did an interview and a screen test [at Staffordshire University] and the tutor said: “I think you’re going to be a star.”

You say you want your book to help people communicate in order to counter injustice. What brought that about?

After Megan and Harry got married, I was seeing headlines saying: “It’s racism” or “It’s definitely not racist”, and I was thinking: The truth is somewhere in the middle, and is both. In the book, I talk about the unedifying choices: “White working class boys are being held back because of the focus on black boys.” We get stuck in this argument. Here, we have two groups of people who have very specific, different needs. Why aren’t we just meeting those specific and different needs in specific and different ways?

How has your faith influenced your views on communication and injustice?

Jesus was one of the greatest communicators, he used story to help people to understand. He would do it in a way that would make people engage with the issue from a different point of view. With the woman by the well – just sitting with her communicated a new way of doing things that was different to what had been done before.

He was a very direct, radical person who I don’t think would fit into most churches. He was willing to flip over a table in a temple and have this righteous anger – now that would be too disruptive. That’s how my faith has informed me – it’s OK to be disruptive for a just cause. Unfortunately, the Church doesn’t seem to be very comfortable with that a lot of the time.

You talk a lot about self-awareness and examining our own bias. Have you found bias in yourself?

Oh, everywhere. I went to talk about the book at a school and one of the students said: “You write this book without being judgemental. How did you do that?” And I said: “It’s because I know how deeply flawed I am and I know how much grace I need.” Really, it’s a chance for us all to look inside. 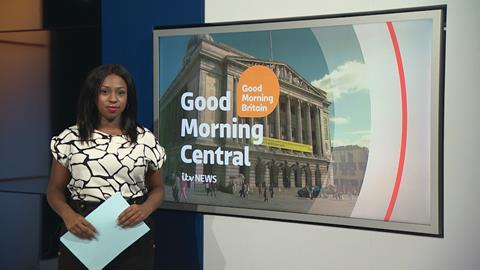 JESUS WAS A VERY DIRECT, RADICAL PERSON WHO I DON’T THINK WOULD FIT INTO MOST CHURCHES

Tell me about your views on allyship.

It’s a phrase people use to describe what I would call being a decent human being: when you see injustice, you call it out and try to do the right thing by other people. We think about Black Lives Matter, George Floyd and the cry for racial justice, even in church – how many of those churches now have black leaders? You live in London, you live in Birmingham and you cannot find any people of colour to lead in your congregation? That’s crazy to me.

What you want to do is to confer assistance on people, where and when you think they need it and in a way that requires you to cede no power and not change anything. Not allyship at all.

If you could say one thing to the Church about how we communicate a message of justice and hope, what would it be?

Start in your own church. If you are in a multicultural place, a place where there’s poverty, on an estate – where are those people in your leadership? How are we not just putting programmes on for people, but actually using their wisdom, experience, knowledge and skills to also lead the church?