A judge says Gov were wrong to ban churches from meeting. But I think his theology is wrong 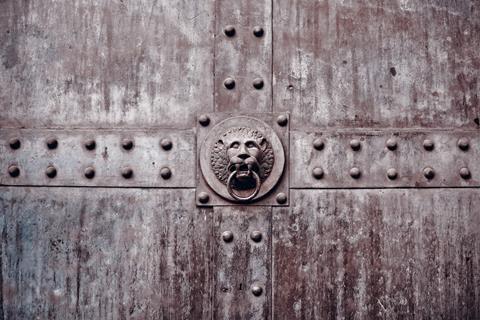 Lord Braid has ruled that the Scottish Government’s closure of churches during the Covid-19 lockdown was unconstitutional and went against the right to freedom of thought, conscience and religion. Premier’s head of digital theology Dr Pete Phillips takes a closer look at the ruling

Yesterday afternoon Lord Braid, one of Scotland’s senior judges, gave a ruling on a case about whether the Scottish Government overstepped its powers in closing church buildings in Scotland during the pandemic.

The case was brought by various Protestant leaders and was heard simultaneously with a case from the Catholic Church in Scotland.

Those bringing the case argued strongly that their right to worship was curtailed by the forced closure of buildings. Their understanding of worship relates to physical gatherings, the celebration of communion and the sacrament of baptism. Therefore, the lack of these physical elements to online worship effectively means the Scottish Government stopped the practice of religion in Scotland, which was beyond their powers to do so.

In the ruling Lord Braid said: “I accept the evidence of the petitioners and of the additional party that worship in their faiths cannot properly take place on-line, by means of internet platforms.”

I’m intrigued by the phrase “in their faiths” - in other words in the form of faith declared by the petitioners and the Catholic Church. This “opinion” is despite being shown evidence from other churches that online worship is a valid continuation of the worship of the church. But Lord Braid believes these are merely “work-arounds” or “alternatives to worship”.

Lord Braid maintains, contrary to just about every digital theologian in the world, that online worship “does not amount to collective worship”.

Indeed, I think he is theologically wrong. Jesus himself in John 4 argues that worship is not about place but about intent. Moreover, to argue that we are not connected to the worship of global church (the global body of Christ), nor the Church Militant in heaven, or to the throne room of heaven itself (Rev 4-5) undermines the very texts upon which our faith is built.

For many who are housebound, disabled, long-term ill, geographically distanced from their church building, online communion is the norm not the exception. The breaking of bread in the Bible is never portrayed as something which is limited to a church building. It is frequently enacted in upper rooms, in homes, at meal tables wherever they might be.

Many denominations reject online communion because the priest has to break physical portions of bread/wafers with their own hands. But this is about priestly consecration which other churches do not hold to and which is not known in the biblical accounts of communion. Lay presidency has long been part of many churches or family communions, or house group communions. A space where people celebrate more informally. This too is a valid form of Christian worship practiced throughout the history of the Church.

So the big question is whether the Petitioners (and it appears Lord Braid’s) idea of worship as being necessarily physical is true.

Evidently, for the bulk of the Church across the world, online worship has become a staple part of pandemic culture. It has provided a place of meeting, a focus of prayer, an opportunity to hear the word of God, and for many a place to celebrate the sharing of bread and wine.

Many churches, including the Church of Scotland, the Church of England and the Church in Wales, along with Catholics, Baptists, Methodists, Pentecostals and different Orthodox bodies have worshipped God online throughout the pandemic, voluntarily closing down their buildings. For them, online worship has become a pioneering place of encounter with God and with lots of new people who have peeped into online worship and who like what they see.

Online worship has been a way of protecting our communities - voluntarily refusing to meet in large groups in order to protect the most vulnerable. It’s been part of our Christian service to the nation, part of our social justice response to the pandemic.

Human beings cannot gather other than physically. We are fleshy beings. Take away the flesh, the physicality, and we die. When I sit in a Zoom meeting, I am in my flesh. True I cover it with appropriate clothing rather than pyjamas. But I am enfleshed still. And note I am still in the meeting. As Nancy Baym points out, we are still present to one another as physical people but in different geographical locations.

We are also still in the same meeting.

We are gathered together (episynagogē in the Greek) and so still in complete compliance with the injunction not to stop meeting together (Hebrews 10:25). We are co-present with one another even though we are not proximally present and to some extent this unites us with the wider church in worshipping God - we join with the global and heavenly church, with the heavens, with all creation lifting our praise to God. For this we do not need to be physically present in a building.

Is Lord Braid really telling all of us who support online worship that we are not worshipping God right and if so what jurisdiction does he have to make that statement?

Such an argument is dealt with by the discussion of the Human Rights legislation. What matters is the rights of the petitioners to practice religion in their terms. Even if the rest of the Church believes that online worship is valid, Lord Braid says its, “irrelevant”. What matters is the beliefs of the petitioners of this case. Their rights have been disproportionately violated.

Lord Braid states that the Scottish Government’s decision broke the Human Rights of the petitioners in a disproportionate manner.

The problem is that in coming to that decision, he has decided to make a theological ruling on online worship which may very well be a disproportionate limitation of the human rights of those who believe something very very contrary to that position. Indeed, in the ruling, Lord Blair says those who disagree with online worship are irrelevant. Many of us believe it is part and parcel of contemporary religion. Surely we have the right to practice what we preach?