Jesus did not put requirements on coming into his presence, and neither should we, argues Rev Dr Matthew Roberts, one of over 1,000 church leaders to have signed an open letter to parliament in opposition to vaccine passports 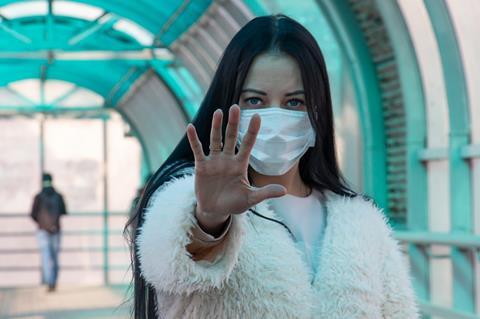 Our Lord Jesus, for obvious reasons, never met anyone with Covid. But he did meet numerous people with another infectious disease, and one that was arguably much worse. Leprosy was, with good reason, feared by the people of Jesus’ day. It attacked the skin and living flesh, causing hideous wounds and often death, though not without years of suffering first. It also brought social isolation of the most miserable sort. To be a leper was to be cut off from society; God’s law required it.

To the amazement of all those who saw it, Jesus welcomed and touched lepers. He did so not because he had no regard for God’s law but because he came to fulfil it. In its infectious and destructive power, leprosy was seen as a living parable of sin. But when Jesus touched lepers, his redeeming cleanness spread to them, rather than their infectious uncleanness harming him. It was, and is, a symbol of the unconditional welcome God extends to sinners, which means to all of us. It is a sign of the restoration that he came to bring. As Jesus said: “It is not the healthy who need a doctor, but the sick. I have not come to call the righteous, but sinners to repentance” (Luke 5:32). To be a Christian is to be a sick, unclean person made well and clean by the touch of the incarnate Son of God.

To exclude someone because they have not received a certain medical treatment, or cannot prove that they have, is the very opposite of Christ’s unconditional call

Christians have always understood that we must welcome others just as Jesus welcomed us. That includes into our homes, but primarily into the Church. No one should be excluded from coming to meet with the living Lord Jesus, present in the gathering of his people. The only exception mentioned in Scripture, Christians under discipline for unrepented sin, proves the rule; even that is intended to be temporary, to bring wandering sheep back to Christ in repentance.

The problems with passports

And that is the reason why the idea of requiring a ‘passport’, supposedly guaranteeing a certain level of health, before admitting someone to church must be totally unthinkable to Christians. To be clear, this is not about saying that those with good reason to think they might be infectious should come to church anyway. Neither Christians with Covid nor those with leprosy ought to carelessly risk infecting others. Nor is it to oppose vaccinations, any more than it would be to oppose treatment for or prevention of leprosy. Vaccinations are a very good thing.

May we never exclude people because of their health, their sin, their risk to us, or anything else

The issue is about making health a condition of coming and hearing the good news of Jesus Christ or gathering to worship Him. To exclude someone because they have not received a certain medical treatment, or because they cannot prove that they are not carrying a certain disease, is the very opposite of Christ’s unconditional call. It would imply that Christ requires a standard before he will receive sinners; that he came not to call the sick, but the healthy. We rightly shudder to hear of churches refusing entry on the basis of race or social status in the past; we should shudder just as much at the thought of churches refusing entry on the basis of, not even disease, but the mere possibility of carrying it.

He took our infirmities

It won’t do to object that this pandemic is a unique situation. It is not. Sickness has always been with us, and it always will be until Christ returns. Covid is serious, and we have no business saying otherwise, but it is not more serious than countless other infectious diseases in the past, leprosy included. Nor will it do to say that Jesus, unlike us, was not at risk of catching leprosy. The reason Christ could touch the diseased was because: “He took up our infirmities and bore our diseases” (Matthew 8:17). In the most important sense he did catch them, bearing the full judgment of sin at the cross. He cleansed us by taking the uncleanness into his own body. His reason for touching the sick was not immunity but the totality of his self-sacrifice. Whilst we cannot atone for sin as Christ did, we can sacrifice ourselves for others as he did.

So yes, by welcoming people unconditionally to our churches, we may catch things from them. But if we do, then we have done no more than follow in the steps of our Lord.

The scene of churches posting bouncers on their doors, admitting only those whose Covid status has been adequately certified, is one which I sincerely hope we never see at a Christian church in this or any other country. May we never exclude people because of their health, their sin, their risk to us, or anything else.

Matthew RobertsRev Dr Matthew Roberts is minister of Trinity Church York, part of the International Presbyterian Church. He is a co-author of the Greater Love Declaration. His forthcoming book Pride: Identity and the worship of self (Christian Focus) will be published in March 2023