Why Christians in Scotland are breathing a sigh of relief 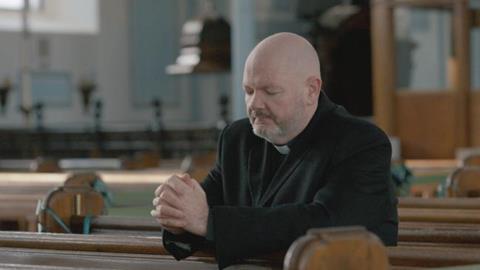 The bells in the Calton area of Glasgow rang out last night for an unusual reason. An unusual atmosphere of hope, the city’s ancient motto took a hearty gasp of air: Let Glasgow Flourish. Praises rose as Canon Tom White (pictured, above) proudly nailed the Court’s judgement to the doors of St Alphonsus Parish Church, which had been shut for three months. They swung open. All may come in. Distanced. With masks. But worshipping together at last.

Lord Braid had ruled that the Scottish Government’s closure of churches during the Covid-19 lockdown was unconstitutional and a disproportionate interference of Article 9 of the European Convention on Human rights (ECHR) - the right to freedom of thought, conscience and religion.

The decision marks a huge turn in the tide. In the last few months, an increasing chill on freedom in Scotland has caused concerns to reach fever pitch. Earlier in March, the infamous Scottish hate crime law came into force, all but choking the expression of outspoken comedians, authors, and preachers. It seems the legal limitation on freedom had a contagious effect, with The Spectator becoming the next to be stifled. The Crown Office ordered them to remove valuable evidence from the Salmond affair which had been available for weeks – a curious encroachment on a traditionally thriving free press.

Canon Tom’s case is now the first in the UK to overturn disproportionate Covid-19 restrictions. It brings a breath of relief to Christians that is desperately needed. It proves that freedom of worship is an essential human right that runs through the bloodstream of a democracy, and cannot be lightly overridden. Religious views may have a decreasing popularity in Scotland; but perhaps this is all the more reason to protect the freedom of those who bear them to live out their faith to the greatest extent possible.

There was never a good reason why cinemas could be used as venues for juries at Sheriff Court trials, but large, airy churches were tightly locked. Quite literally, as the National Clinical Director Jason Leitch admitted, the data was “unavailable”. Chief UK Medical Advisor Chris Whitty advised Westminster in November that evidence for such closure was “anecdotal” at best, and not based on “scientific fact.”

Stranger still, bicycle shops, off-licenses and dry-cleaners had been allowed to open throughout the three-month period. Their economic gain, according to the government, had trumped the essential worth of attending Church.

Mammon won’t be harmed, but God will – so the case was made.

Man cannot, surely, live on bicycles alone. What will become of us if we guard only the nation’s physical, but not spiritual health?

The case for worship wasn’t about privileging religious groups above others – it was about making sure that they were not disproportionately stifled. The ruling does not force churches to open if they do not feel it is safe to do so. But for those who do, it allows them to, to the greatest extent that is proportionately safe, gather in the upper room. To seek the comfort and hope that only the Church can provide at this dark time. Indeed, it’s in our nature. Early Christians gathered despite immense risks – in the very face of death itself.

In prying open church doors, Canon Tom and the band of 27 Church leaders have worked to uphold a greater freedom – to set a precedent to keep doors open for the gospel. To show that faith is as much part of the lifeblood of society today as it ever was.

St Mungo, Patron Saint of the city, would be pleased. The motto was never intended to only be “Let Glasgow Flourish”. The forgotten latter half of his famous quip might have just resuscitated a lost city searching for spiritual hope. “Let Glasgow flourish by the preaching of his word and the praising of his name.”