Why Edinburgh Council’s apology is a win for Christians everywhere

Discrimination against Christian organisations is on the rise, but this victory makes it easier for others to fight in the future, says Andrew Owen 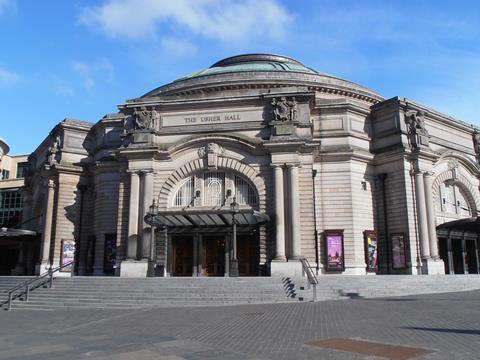 We have run an annual conference, alternating its location between Glasgow and Edinburgh, for some time. In 2020 we were due to be in Edinburgh, and had booked a beautiful facility called Usher Hall that we had used several times before. In October 2019 we discovered that Edinburgh Council had cancelled our booking. At that point, they actually told us we could read it in The Times newspaper! A few hours later, they called us to confirm that they had cancelled our booking because of the views of one of our keynote speakers, Larry Stockstill. His views were traditional Christian views that marriage was between one man and one woman. The conference itself actually had nothing to do with any of that, and the book that they were quoting from was at least ten years old, but that was just an excuse really to stop us moving forward.

This happened in the middle of a lot of challenges going on up and down the country; the Franklin Graham events had all just been cancelled and lots of people were jumping on the bandwagon. To some degree, we were a casualty of the mood of the moment.

We tried to reason with the council and say, “Look, this is not right. We’ve used you many times before, we don’t intend to offend anybody but we have traditional Christian views.” We wanted to talk to them but they took a very closed-down approach.

Eventually, after consultation with other Christians and other groups, we decided that we had no other option but to take them to court. And so the journey started. Right up until the last couple of weeks, they have fought us every step of the way, but conceded at the end.

A win for all

So how do I feel about it? Fantastic. Not just for us as a ministry of churches but it’s a win for every church and for every Christian group. What was unique about this was the local authority locking us out of a council owned premises. It wasn’t a private property. It is owned by us, the taxpayers. We pay our council tax, it belongs to us as much as anybody else. And so it was a big win.

If you’re holding up the gospel, preaching the name of Jesus, this was your win as much as ours

It was very clear that they had no chance of winning. The full weight of the law was on our side. We were part of the European Union (EU) then and so the European Convention on Human Rights stood and the United Nations Declaration on Human Rights stands as well. Whichever way you look at it, they were in the wrong. They fought it as hard as they could, until they realised that they didn’t have a case.

The 2020 conference was eventually held online because, by that point, the pandemic and lockdown had affected us all. Larry did speak and he was outstanding. He was talking about discipling nations and living for Jesus and we actually had a far bigger crowd online than ever. We might have had 3,000 or 4,000 people join us over the weekend usually but we had about 40,000 people with us on Zoom.

The council are paying our out-of-pocket expenses and have covered nearly all of our legal expenses but the biggest thing for me is the letter of apology, because it’s crystal clear: they accept that they made a mistake, they acknowledged that they considered the thoughts of some sectors of society before, and over and above, others. They conceded that they should keep their properties open for all, and they are open for us going forward. And the letter was written up in the court’s minutes if any other church in the future needs to test or challenge something like this.

There are far too many cases of people being closed down, shut down, canceled - it’s immensely challenging. Like most Christians, we don’t mind people having different views to ours but we should have the same opportunity to speak up. We should push back as far as we’re able to, by talking and mediation to start with, but we should determine to maintain our rights - which are being eroded very, very fast. We have had a win - and there have been several other wins of late - so let’s keep up the good fight of faith!

I’m very aware that there are many small Christian groups who have faced the same pressure and who don’t feel that they have the capacity, finances or resources. I just want them to know we were fighting for them. This is a win for everybody. Whoever they are, wherever they are, if they’re holding up the gospel, preaching the name of Jesus, we’re for them. This was your win as much as ours.

Andrew OwenAndrew Owen is the founder of Destiny Ministries, senior pastor of Destiny Church Glasgow, Scotland, and principal of Destiny College. Together with his wife, Sue, he oversees a global apostolic family of some 1200 churches with more than 120,000 people. He has authored several books and appears regularly on TBN.