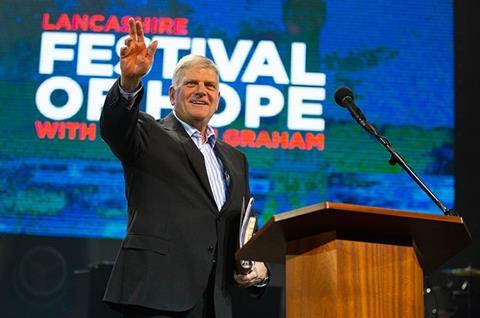 Some will celebrate this case and see Franklin Graham vindicated, others will dismiss it simply because he is involved. That would be a mistake. Getting beyond the personalities helps us to see the significance of this ruling when it comes to freedom of expression and the role of councils and local authorities. Blackpool Council ignored its obligations to treat all people equally and has been found guilty of discrimination.

The Lancashire Festival of Hope took place at the Winter Gardens in Blackpool in September 2018 and Franklin Graham was the speaker. Hundreds made commitments to follow Christ. In preparation for the event, the organisers ran a bus campaign with adverts saying “Lancashire Festival of Hope with Franklin Graham – Time for Hope” and gave the date and venue of the Festival and the URL for the Festival’s website. The adverts contained no overtly religious wording nor imagery and in fact everyone agreed the advert was inoffensive.

The council received complaints about the bus campaign, predominantly about Franklin Graham’s views on same sex marriage, and the advertisements were removed from the buses. In court, the council representative accepted that she had not checked if a different message could have been negotiated, nor had she paid regard to any equality impacts when making the decison. She also accepted that she did not consider free speech or the right to freedom of expression when making the decision. The judge found that the “evidence as to why the advertisements were removed was varied and inconsistent.”

The council tried to argue that Franklin Graham’s particular religious beliefs were unacceptable and therefore the council were entitled to discriminate against them. The judge concluded that this would defeat the purpose of discrimination law - ignoring the very beliefs that are to be protected.

The judgment notes that belief in marriage as between one man and one woman is widely “held by many religions, Christian and otherwise” and while some people may find this offensive, such views are not “extremist”. 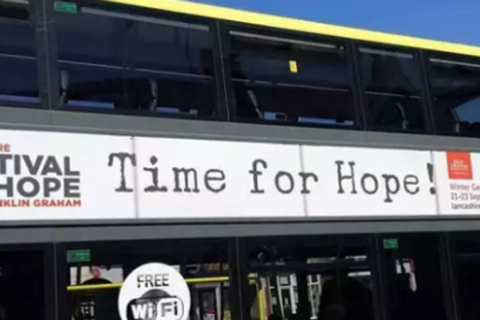 The case makes clear that councils and local authorities must obey the law and respect the rights and freedoms of everyone. The ruling should be welcomed as a reminder that councils must work with, and respect the rights of those of all faiths and none. The judge was highly critical of how the council acted in this case. Their conduct is a cause for concern, but the ruling should offer reassurance that the law is clear on this matter. The widely held historic Christian view on marriage is protected by law. Freedom of religion and freedom of expression are fundamental rights which are protected. Offence is not illegal.

This ruling confirms the freedom of everyone to share their beliefs in the public square and reminds local authorities and council of their duties to honour and protect those freedoms. Discrimination has been exposed. That should be welcomed by everyone.