If the Government gets its conversion therapy ban wrong, mainstream Christianity would become illegal

The sexual ethic of abstinence outside of marriage, is no less essential to mainstream, orthodox Christianity than Kosher food is to Judaism, argues Matthew Roberts. 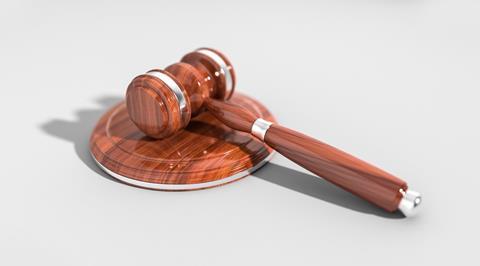 This July the UK government is sponsoring a Global Summit on Freedom of Religion and Belief. Its intention is to highlight the plight of Christians around the world who live in countries where practicing, or converting to, Christianity is illegal.

And yet as things stand there is a real possibility that the government will be going into that Global Summit having, a matter of weeks before, proposed a law which would make practising mainstream Christianity illegal.

Many might think that this cannot possibly be the case in a tolerant Western country like ours. But it is the reality. For the proposed ban on so-called “Conversion Therapy” would, if it follows the pattern set out in the consultation which has just closed, make teaching the Christian doctrine of marriage, and encouraging or helping people to live by it, a criminal offence.

If the government were to pass a law which, say, made Kosher food illegal, and criminalised anyone who makes it, teaches on it, or encourages others to eat it – with, let us say, a five year sentence as the penalty – then of course it would effectively be making the practice of Judaism illegal. Well, the teaching of the essential place of the marriage of one man and one woman in human society, and the sexual ethic of abstinence outside that bond and faithfulness within it, is no less essential to mainstream, orthodox Christianity than Kosher food is to Judaism.

Marriage is part of God’s design for us, but for all of us our sexual (and other) desires are so disordered that living that way comes naturally to none of us. Christians must repent of the sexual feelings we all have which violate the marriage pattern; we must resist them and refuse to follow them. Giving them free rein leads to all the horrors of broken homes, unwanted and abandoned (and too often murdered) children, not to mention abused women. The right functioning of society requires the great power of sexual feelings, so distorted by sin, to be harnessed and restrained and with God’s help contained within and restricted to one person, of the opposite sex, after solemn vows before God, for life. This is what the every branch of the Christian church has always taught and believed, and is manifestly clear in scripture, not least in Jesus’ own words.

The right functioning of society requires the great power of sexual feelings, so distorted by sin, to be harnessed and restrained

That is of course part of a wider pattern which applies to all of life for Christians. We are to "abstain from the passions of the flesh, which wage war against your soul” (1 Peter 2:11). And he was only following the teaching of our Lord: "If anyone would come after me, he must deny himself, take up his cross, and follow me." (Matthew 16:24) This doesn’t just mean sex. It means in everything. Sin has spoiled us; Christ has come to redeem us. To change us from what we naturally are to what he wants to make us: people who live according to his commands, not according to what we want.

Now that causes lawmakers who are trying to craft legislation on ‘Conversion Therapy’ a problem. Because in LGBT ideology, the "passions of the flesh" as Peter calls them are, not the sad effect of sin on our souls and bodies for which Jesus came to forgive us and from which he came to free us, but the true person within. Following and fulfilling them is in LGBT thinking essential to being truly human. And so those calling for a ban on ‘Conversion Therapy’ consider anything which encourages anyone to change their lifestyle to stop following those feelings, or to take action to resist or suppress them, to be wicked and harmful. They want to see anyone who teaches people not to follow their sexual urges criminalised.  And of course that means orthodox Christians are in the centre of their crosshairs.

This is why it is very good news indeed that the Government Equalities Office last week gave assurances to the over 2500 Christian ministers and pastoral workers, who presented a letter to the Minister for Women and Equalities at Downing Street, that they will not be criminalised by the forthcoming legislation, and will continue to be free to teach and pastor people of all ages according to Christian teaching on marriage. What is not clear is how this will be achieved given the commitments the government has already made and the indications which have been given over how a ban is to be defined.

So all Christians should be earnestly praying for the people working in government who have been tasked with a very difficult legislative challenge. The best solution of all, of course, would be for government to decide to drop this unnecessary proposed law, which risks such severe collateral damage, both to the church and to the UK’s reputation, in its entirety.

Matthew RobertsRev Dr Matthew Roberts is the minister of Trinity Church York, a congregation of the International Presbyterian Church.