YouTube is the new front line for religious debates. St Paul would have loved it

The modern-day Areopagus is increasingly providing Christians with spiritual content and is an ideal platform for evangelism and debate, says Chris Goswami 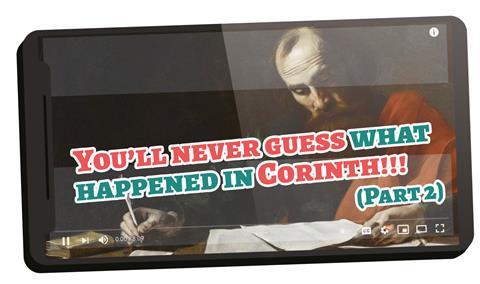 In the series The Hitchhiker’s Guide to the Galaxy, there are three rules that summarise people’s attitude to technology. The rules say: “Stuff invented before you were born is normal and ordinary, it’s the way the world works. Stuff invented between when you’re 15 and 35 is exciting and revolutionary, you can probably make a career out of it. But stuff invented after you’re 35 is unnatural and best avoided!”

If you’re in the last category, you may well have this view regarding internet-enabled media, including the rise of YouTube. “YouTubing” is one of the top pastimes for young adults and many aspire to be ‘influencers’. Not surprising when you look at Ryan, a nine-year-old, who makes $26m a year reviewing toys.

For those of us a lot older than Ryan, YouTube can be a bewildering place. The statistics are overwhelming: YouTube is the world’s most popular website after Google. Five hundred hours of video are uploaded every minute of every day and, with its presence in more than 100 countries and 2 billion registered users, it has greater reach than any TV or radio network in history. 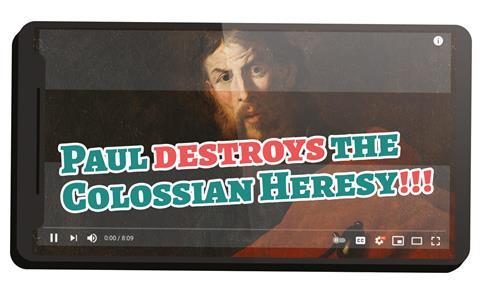 To maintain growth, YouTube must keep you watching. The more you watch, the more ads you see, the greater the revenue they earn. So, there is always that endless list of suggestions of what to watch next. These recommendations are based on your viewing habits and are often spot on – YouTube’s algorithms are smart. This is the standard business model for pretty much any ‘free’ internet service: you are the product being sold to advertisers.

The popular Catholic YouTuber Bishop Barron has likened YouTube to Paul’s experience in the Areopagus (Acts 17). Here, Paul, in Athens awaiting his friends’ arrival, begins reasoning – or debating – in the marketplace and synagogue every day with whoever will listen (and note that ‘reasoning’ is different to ‘preaching’). His marketplace reasoning is overheard by philosophers who are sufficiently impressed to invite Paul to the Areopagus, a first-century debating court. Once there, he is given a formal platform to address local and influential aristocrats.

TO IGNORE YOUTUBE WOULD BE LIKE A 16TH-CENTURY BELIEVER SAYING: ‘LET’S NOT BOTHER WITH THE PRINTING PRESS’

‘Reasoning the faith’ is something that YouTube is well suited to. It means giving discussion space to views we may disagree with, hopefully in a friendly, courteous manner. It’s not always courteous, though. Some YouTube faith discussions can be offensive, deliberately mocking, or designed to be outrageous. Discussion is not the only type of YouTube ministry that would interest Christians – other YouTube channels include Christian influencer, worship and educational channels – but YouTube lends itself exceptionally well to the debate format. The fact that you can both see and hear two sides of a discussion, with speakers potentially in different countries, often makes for a compelling experience. Younger viewers in particular are engaging with these debates in increasing numbers.

As well as benefits, there are potential risks to Christians surfing from one discussion to the next on YouTube. Firstly, there is an issue of accountability and authority. As long as you don’t break the law, anyone can publish anything on YouTube with minimal resistance. And many of these people appear authoritative to us…even if they’re not. Research into ‘what makes a person authoritative’ reveals that personal charisma is a significant factor. That means simply looking cool online can make you an ‘authority’ in the eyes of millions of viewers. The technical ability to make well-produced videos can give the impression of intellectual authority.

The internet has not removed authority, it has simply changed the nature of it. In previous centuries, religious authority was top-down: ie if you had a question, you might go to your minister, who might go to a more senior minister. (Of course, they, too, might come back with dreadful theology!) But with its ‘participatory culture’, the internet has democratised this process. Nowadays, authority is more horizontal, meaning your video – or your comment on a video – is perceived to be as valid as anybody else’s. What used to be top-down dissemination of religious teaching has now become a conversation.

Secondly, there is an issue of tribalism and outrage. In churches, we can form tribes of people who think like us, which can lead to intolerance towards other believers. The same happens online. Continually viewing videos from the same sources can narrow our perspective. Remember, YouTube’s algorithms are based on a business model designed to keep you watching. This model offers you ‘more of the same’, based on the video you just watched – that’s not good for hearing views outside our own. However ‘right’ you think you are, the internet’s technological silos can mean that we end up falling into ideological tribes, warring over issues from doctrine to politics, gender to race. 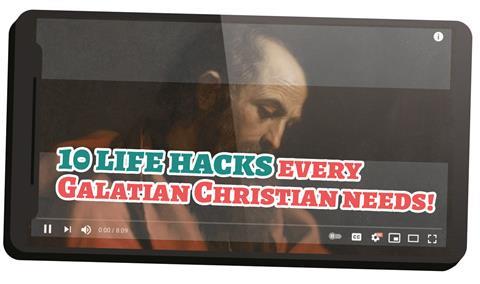 Dr Peter Phillips, head of digital theology at Premier explains: “We live in a culture of outrage, and being outrageous is a classic symbol of YouTube authority. Many YouTube influencers make use of our enjoyment of outrage to increase their popularity. Whereas we used to have Victor Meldrew saying, ‘I don’t believe it!’ – today we have a sarcastic YouTuber saying, ‘Really? Tell me more!’”

One way to reduce both tribalism and outrage is to engage with YouTube channels that offer different views. Premier’s Unbelievable?  does this very successfully, pitting Christian versus atheist, and Christian versus Christian on diverse topics, but always within an atmosphere of respect.

Tribalism can run deep. As a minister, I find that people’s ‘search for truth’, even within Christianity, is often restricted to their personal framework of what that truth should be. The idea that a Christian from a different tradition might bring a different approach to, say, the cross, or how science overlaps with faith can (again) cause outrage. At its very best, YouTube can help break down barriers. It can connect people who are physically remote and culturally diverse, creating an anonymous intimacy that can often serve to lessen prejudice.

There is one more risk of watching YouTube videos: the fear of people losing their faith or becoming confused. Some of the debates I have viewed over the past ten years feature brilliant atheist debaters (see Cosmic Sceptic). These are articulate, intelligent communicators who – unless you actively engage with understanding the opposing views – can be very convincing. With atheist vs Christian dialogue in particular, we need to understand what we recommend, who we recommend it to, and if it’s right for them.

YouTube’s “Broadcast yourself!” motto is a little egocentric, but YouTube can be an effective ministry tool for the 21st Century.

A friend of mine once commented that Paul didn’t have all these new-fangled internet tools: “Paul preached the word, why do we need anything else?” But this comment is profoundly mistaken. God has an extensive track record of innovating with cutting-edge ‘technology’ to communicate his message. Look at your Bible, it’s full of novel and dramatic examples. God uses the media of angels and tablets of stone; he uses burning bushes and talking donkeys; he uses scrolls, parchments, letters and, yes, sometimes he even uses the preached word! Paul used technology to the full, including the Roman road network and communication hubs like Ephesus and Rome. “I have become all things to all people so that by all possible means I might save some”, he writes (1 Corinthians 9:22). God uses media and technology to meet people wherever they are. Today they are on YouTube, a virtual, yet genuine, Areopagus.

To ignore YouTube is to place yourself in the backwaters of Christian ministry. It would be like a 16th-Century believer saying: “Let’s not bother with the printing press.” For one thing, traditional pulpit-based teaching reaches people for maybe one hour per week. Many young adults watch YouTube for several hours per day.

Don’t worry if, like me, you are much older than 35! This is about attitude, not age. The trick is to get out in front and set the agenda rather than being dragged along behind. Consider how you could build YouTube and other internet content into your ministry, ie into small groups, youth groups, as sermon illustrations etc. Noting the risks that I highlighted earlier, the key to success is great content curation.

Firstly, curate your own content. Ask questions as you explore YouTube: Who is this person and why did they produce this video? Am I willing to be open-minded within the limits of biblical truth? (Don’t switch off just because you disagree!) Does this video encourage prejudice or outrage towards another group?

As Dr Phillips says: “Although it’s important to engage with a variety of views on YouTube, you don’t have to listen to every view. Consider Philippians 4:8: ‘whatever is true, whatever is noble…if anything is excellent or praiseworthy – think about such things.’ Avoid speakers who pull you down.”

PEOPLE ARE INCREASINGLY GETTING THEIR CHRISTIAN TEACHING ONLINE, WHETHER WE LIKE IT OR NOT

Secondly, if you are a leader, think about how your church can spend more time curating good YouTube content, and potentially less time writing sermons (controversial, I know!). This doesn’t have to be complicated. In my church, a group of middle-aged men meet regularly to watch a YouTube video (secular or Christian) which they select and then debate. This ‘intelligence of the crowd’ between group members is a healthy kind of curation and easy to replicate in most churches…and incidentally, a great way to get blokes to interact!

Thirdly, communicate your curated content – don’t keep it to yourself! Perhaps you could add a review section in your newsletter, or share great content between small groups?

People are increasingly getting their Christian teaching online, whether we like it or not, and from sources we may – or may not – approve of. But with relationships and conversations at a local level, we can work with them to encourage discernment and provide direction. Happy YouTubing!

Season three of The Big Conversation from Unbelievable? is out now. See thebigconversation.show