From the growing influence of tech giants to our over-reliance on an always-on world wide web of entertainment, information and consumer options, here’s Chris Goswami’s guide to what Christians need to watch out for 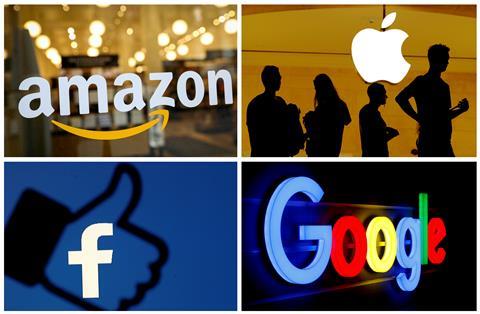 The top five brands in the world are now all tech companies. According to a recent report, the world’s most valuable brands are Apple, Amazon, Microsoft, Google and Samsung. In case you don’t think that’s surprising, just stop and think of any famous brand you can name – perhaps McDonalds, Coca Cola, Mercedes, Nike, Gucci or Chanel - and then forget about them. They are all behind the tech giants in brand value - most of them way behind. Gucci’s brand value is only 4% of Apple’s.

Brand value is concerned with ‘mind share’- the extent to which we desire, depend and aspire to own the products that these organisations produce. And there’s always something new and enticing. We’ve recently heard about the ‘metaverse’ (a 3D immersive internet), Artificial Intelligence (AI) robots that look after us and 3D printers that print food now sold in restaurants in Europe. In an attempt to jump on the hype bandwagon, Facebook even rebranded itself (somewhat clumsily) as Meta. Meanwhile, Elon Musk, the founder of PayPal and Tesla, announced the release of Tesla’s household robot for 2022.

The benefits that modern tech already brings are numerous - from the way we breezily wave our phone to pay for coffee, to smart home assistants like Alexa and Siri. And over the past two years, tech has enabled churches to continue and even grow. We no longer even view technology as anything special. We grab our smartphone the same way we used to pick up a pen, and we Google our questions without a thought. The technology, in a sense, has ‘disappeared’. It’s become a natural extension of our brain.

But what are the concerns for Christians with the rise of the internet behemoths?

At the simplest level, there is the immersive and addictive nature of the always-on, everywhere you go, mobile internet, particularly for young people. This was highlighted in 2021 by Facebook employee-turned-whistle-blower Frances Haugen. Haugen leaked information exposing the fact that Facebook was aware of the harm its platform was enabling, especially among teenage girls, but deliberately chose to do nothing about it as that could risk its hundred-billion-dollar revenues.

Our addiction to technology, of course, is not just limited to teenagers. We all suffer to some extent. Our smartphones are the technological equivalent of sugar – leaving us always wanting more. It’s not surprising that some have described smartphones as “the cigarettes of our century”. Of course, Apple, Google and co. strongly assert they are giving users what they want. But in the long term, it might not be what we need.

Then, there is the mass gathering of personal data. The business models of tech companies rely on advertising. Their ads work so well because they know you so well. You have seen the powerful recommendation engines on Amazon: people who buy this also bought that. Well, now it’s more like: people who typed that, or looked for that, or said something to Siri, or posted a photo from this place … will definitely want THIS!

There’s nothing wrong with the responsible gathering of personal data based on our permission or opt-in. The problem is that it’s increasingly difficult to not opt-in and accept all of the small-print, conditions and cookies that pop up when we’re trying to do something on the internet. Consequently, Facebook, Apple and Google have built detailed profiles of our preferences and habits - apparently with our permission but, in reality, often without our knowledge.

But why does this matter? It matters because we rely on those with intimate knowledge of us to direct and guide us. This includes parents, close friends and, of course, God. Psalm 139 beautifully describes God’s deep knowledge of us and how he always knows what we are doing: "You discover my thoughts. You notice everything I do and everywhere I go. Before I even speak a word, you know what I will say … where can I go to hide from you?” (v2-4, 7, CEV). This is a great comfort, because we believe that God has our ultimate good at heart. However if, as has been said, “Facebook knows more about you than you”, there may be a point at which we unconsciously begin to depend more on the profiled information stored by tech giants than we do on God. In The Hyperlinked Life, authors Young and Kinnaman state: “The internet has become … an idol of our time, commanding a central place in our lives as well as attention and huge respect, and with the final say in many of our dealings and desires”. Or, let’s put it another way: When it comes to making decisions, do you consult God anything like as often as you consult Google?

The internet is slowly becoming ’centralised’. It’s colossal influence and control is increasingly wielded by this tiny group of brands. None of them are inherently bad but, at the end of the day, these organisations must deliver financial success to shareholders. That compels them to behave in certain ways.

This growing centralisation of authority and control means there are changes afoot in our world, whether intended or not. In case you still need convincing, observe how Facebook, Twitter and Google have become the key battleground for modern warfare between nation states, including direct attacks on industries, the power to manipulate crowds and interfere with democratic elections.

In more than one place in the New Testament (including Ephesians 6:12), Paul warns of the dangers of not recognising how much influence alternative rulers, authorities and powers can command – that means any earthly power that offers an alternative to God’s authority. The addictive nature of technology, combined with mass gathering of personal data and their sheer reach into population groups gives tech giants colossal authority.

As Christians, we are all prone to unhealthy addictions, but we should not be mastered by anything of this world. The Christian life requires us to have one ultimate authority, which is Jesus Christ. Anything that competes becomes one of Paul’s powers and authorities. The Christian life also requires us to do more than scan and surf. Spiritual depth requires us to be able to pray for more than a couple of minutes, to memorise scripture, to love God with all our mind and, occasionally, to be able to disconnect and live at least our Sabbath in ‘airplane mode’.

Will these brands continue to serve us, or is there a point at which they become idols of our time, with us serving them? Watch this space over the next 12 months.