‘Twerk & Snake Eyes’: Did you know these disciples changed their names to avoid embarassment?

In exploring why God changed the name of key biblical characters, David Instone-Brewer wonders whether it might be time for modern Christians to drop the ‘Evangelical’ label 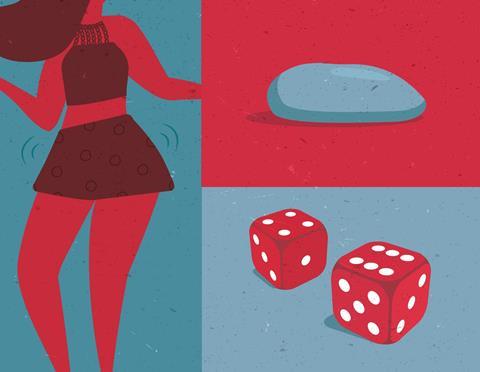 Some Ukrainians I met in church recently introduced themselves with very English names, but when they talked among themselves, ‘Kate’ became ‘Kateryna’, and ‘Julia’ became ‘Yuliya’. I suppose I did the same when I started school. My German mother pronounced my name as ‘Daafit’ which sounds too much like ‘Dafty’, so I immediately anglicised it to David.

In the Bible, people changed names for a variety of reasons, but Peter and Paul were forced to because the Greek versions of their names made people giggle (as we’ll see below). An extra ‘h’ was added by God himself to Abram and Sarai’s names (making them Abraham and Sarah). The Bible doesn’t tell us why, but perhaps it is like those who receive a new ‘Christian’ name at baptism.

Some Bible characters were given a different name by their boss or owner – like Daniel and his friends whose new names included names of the gods ‘Bel’ and ‘Nego’. Interestingly, the book of Daniel doesn’t refrain from using these, so the Bible isn’t superstitious about having a foreign god in one’s name. Good news for anyone with names such as Iris, Chloe, Cynthia or Diana – all Greek goddesses.

Moses also had a foreign name – an Egyptian one – presumably given to him by Pharoah’s daughter who rescued him from the river. Keeping this name as an adult was another indication of his cosmopolitan attitude: he married a Midianite and then a black Cushite (Exodus 3:1; Numbers 12:1), and when the Israelites fled Egypt, he let foreign slaves go with them (Exodus 12:38 where “other people” is translated from the same Hebrew as “of foreign descent” in Nehemiah 13:3).

Imagine welcoming ‘Twerk’ and ‘Snakes Eyes’ to your church

Naomi changed her name to Mara (meaning ‘bitter’) to reflect her new, sad circumstances, but Jacob’s name change was for a different reason: it allowed him to forget his past life as a schemer and deceiver. ‘Jacob’ means ‘heel’ – the name he was given when he emerged from the womb, grabbing hold of his twin brother’s foot, as if trying to stop Esau being born first (Genesis 25:26).

And he continued to be a ‘heel’ when he grew up, tricking Esau out of his birthright. So when God changed Jacob’s name to ‘Israel’ as a sign that he’d changed his ways, he must have been very pleased (Genesis 32:28).

‘Simon’ or ‘Simeon’ was also a well-loved Jewish name. In fact, so many people had this name that they all had to have an additional one, both in the New Testament and rabbinic literature. In the Bible, there is Simon the zealot – ie the ‘enthusiastic’ (unless he really was a member of the semi-illegal group that turned to terrorism).

Simeon Niger (Acts 13:1) and Simon the Leper (Matthew 26:6) were presumably named for their dark and pale skin (more likely than the latter being an ex-leper who was rich), and Simon the tanner (Acts 10:6) was named after his profession. And, of course, Jesus gave Simon, one of the twelve disciples, the additional name Cephas – an Aramaic name that meant the same as Petra (‘rock’) – to mark him as a foundation of the Church.

As Petra is feminine, he was called Peter, which (unfortunately) means ‘pebble’ in Aramaic. However, it was close enough. In English, we’d call him Rocky.

If Peter had used his Jewish name ‘Simon’, the Church would have been in trouble, because no one would have taken him seriously. In Greek, ‘Simon’ is the name of a particular throw of the dice. Since ‘Simon’ is also (more rarely) the name of a sinister character in Greek dramas, I guess it wasn’t a good throw – perhaps a double-one – ‘snake eyes’ as it’s called in English.

Imagine a synagogue leader saying: “We are privileged today to have two leaders of the new movement we’ve all heard about, and we’d love to find out more, so let’s give a big welcome to Twerk and Snake Eyes!”

Rather than encouraging a Greek-speaking audience to seriously consider the wonderful news about Jesus, introducing Peter and Paul with their original names would have provoked outright giggles, and the gospel would have been laughed out of existence.

An American scholar working alongside me in the UK used to introduce himself: “Hi, I’m Randy” – until I explained to him why he was getting strange looks. For the sake of the gospel, Christians need to be aware of how we come across to others.

Simon and Saul knew that first impressions make a difference, so they were even willing to avoid using the name they were born with. The Strict Baptist churches have rebranded themselves as Grace Baptist churches because of the wrong impression the name gave to those outside their membership.

Billy Graham encouraged the old Fundamentalist churches to call themselves Evangelical for the same reason. But if you do a Google image search for ‘evangelical’ you might conclude that this name is now as misleading as ‘fundamentalist’ had become – and it is putting seekers off.

For the sake of the gospel, perhaps it’s time for churches with ‘Evangelical’ in their name to change it. As the rhyme doesn’t go: “Fly away Simon, fly away Saul; come back as Peter and come back as Paul.”