Don't neglect the Old Testament. It is essential reading for Christians today

Many today disregard these ancient stories, but such an approach would have horrified the first apostles, says Johnny King 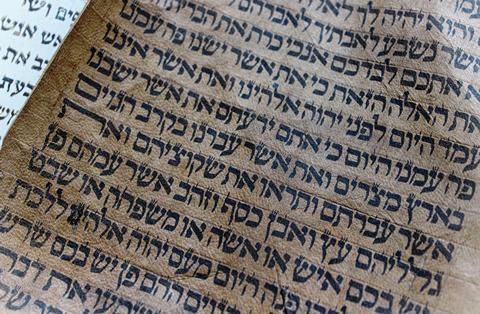 Maybe it’s the title, the Old Testament, that deters so many in the Church from reading it.

Perhaps it’s the association with the Law and the realisation that, as believers under grace, we are free from Old Testament commands that leads many to dismiss this significant chunk of our holy book.

Or is it that many Christians have the impression that the God of the Old Testament is very different to the Jesus they think they know in the New Testament - an angry Old Testament God who looks for the slightest excuse to judge and kill his unfortunate people?

Whatever the reason, our neglect of the first 39 books of the Bible would have horrified the apostles, who were given the task of preaching the gospel and nurturing the early church to numerical growth and maturity. Used correctly, the OT is absolutely essential for us to fulfil the great commission of making disciples of all nations.

Just as Paul would have no idea what Ephesians 4:9 is referring to, the apostles would equally have been confused by the terms ‘Old’ and ‘New’ Testament that today partition God’s Word. They knew the Law, Prophets and Writings that formed the scriptures, and they knew that the finished work of Jesus had superseded obedience to the requirements of the Law as a way to righteousness before God, but they understood that the scriptures themselves were still perfectly valid as God’s chosen communication for all things pertaining to a revelation of himself and his eternal purposes.

The writings of the apostles were a continuation of the scriptures, not relegating them to obscurity but rather viewing them in a new light. Paul quotes from Deuteronomy and Luke, referencing them as “the scripture says”. Paul’s own writings are given the same status by Peter. In his second letter, he says Paul’s letters contain some things that are hard to understand, "which the ignorant and unstable twist to their own destruction, as they do the other scriptures.” (2 Peter 3:16) This is how the apostles and disciples understood the Jewish scriptures and apostolic writings – all the words spoken by God are essential to the life of the Church.

Our understanding of the ‘mechanics’ and purpose of salvation should come from the OT. Paul understood this, telling Timothy "how from childhood you have been acquainted with the sacred writings, which are able to make you wise for salvation through faith in Christ Jesus. All scripture is breathed out by God and profitable for teaching, for reproof, for correction, and for training in righteousness, that the man of God may be complete, equipped for every good work." (2 Timothy 3:15-17) This is where Paul also warns of the dire future of the Church unless the word is faithfully preached, in an atmosphere where people do not want to hear God’s word but instead surround themselves with "ear-ticklers" to justify the god of their own imaginings. This warning from Paul (2 Timothy 3:1-4:5) has a direct parallel with Deuteronomy 31:9-29, where God issues a similar warning to Moses, who in turn relays it to Joshua and Israel, stating that the neglect of God’s commands feeds Israel’s ongoing rebellion and will end with their final destruction.

The apostles had absolute confidence in the scriptures, that they would bring revelation and power to their preaching and teaching as they proclaimed Jesus as Lord and Saviour. In the synagogue of Thessalonica, Paul reasoned with the Jews, using the Old Testament to explain and prove that Jesus had to suffer and rise from the dead. Apollos had a thorough knowledge of the Old Testament, equipping him to accurately teach about Jesus and debate with the Jews, "rigorously refuting" them by proving from the Old Testament that Jesus was the Christ. Some may argue that the Jewish scriptures were used only when speaking with Jews; however, when Paul was preaching to the believers in Corinth, and used the Old Testament to show that Jesus died for our sins and that he was buried and rose from the dead on the third day, he was speaking to Jews and Greeks.

The OT contains universal truth that applies to everyone. Its history explains the sin-corrupted human condition of our cultures and societies in rebellion against their creator, Law-giver and judge, while also offering the hope of reconciliation.

We have a tendency to interpret the teachings of the New Testament through numerous theologians of the past 2,000 years, making unity of the faith impossible, as our competing denominations and their ‘unique’ claims to upholding biblical truth create an insurmountable obstacle to the oneness of mind experienced by the church in Acts. We need to view the gospel through the lens of the Old Testament, not the lens of our favourite theologian/teacher! We should adopt the attitude of the noble Bereans (Acts 17:11) who were commended for their use of the Old Testament to test the claims Paul was making about Jesus. We need to be like those first disciples, possessing absolute confidence that the OT scriptures are more than adequate to powerfully attest to the truth that Jesus is the Son of God, raised from the dead and that all who believe in him will inherit eternal life.

Johnny KingJohnny King is a member of The Apex Church on the Isle of Wight. A former atheist, he has now been a Christian for 27 years. He has a strong interest in apologetics and the reliability of the scriptures.