Archaeologists are divided on David’s Kingdom. The Bible contains the clue they’re looking for

Archaeologists have long claimed that David and Solomon’s kingdoms were just exciting myths. David Instone-Brewer explains why we can trust the Old Testament’s version of history 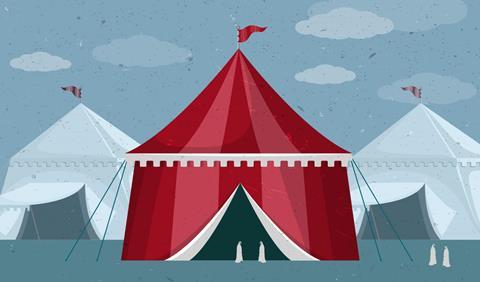 There’s an argument raging in the corridors of Tel Aviv University, which the scholarly world is following closely. The dispute between the rival academics is about David and Solomon’s kingdoms. Is the Bible’s account real history or just an exciting myth?

Israel Finkelstein, a leading archaeologist and historian, has repeatedly said there is no evidence for the Bible’s description of David and Solomon’s greatness. Excavations have uncovered buildings dating to 100 years after their reign, but, he argues, there’s no proof that they established anything more than inspiring stories.

Erez Ben-Yosef, another archaeologist at the university, disagrees. After conducting digs at Timna in southern Israel over the past twelve years, he has started publishing papers against the views of his formidable colleague.

Ben-Yosef didn’t set out to contradict Finkelstein. Timna is a well-known copper mining site, with 9,000 mine shafts. It was developed by the Egyptians hundreds of years before King David, and Ben-Yosef went there to pursue his interest in magnetic dating. He started by looking for metals left in the mine’s slag heaps, which archaeologists had previously ignored. And there, among the rubbish, he stumbled on evidence of a hitherto unidentified civilisation.

The rubbish included food waste: pistachios, lentils, almonds and grapes, all imported from far away. This implied a civilisation with good logistics and a high standard of living, for some at least. There were even bones of camels that may have carried some of these goods on long journeys. One rare find was a fragment of purple woollen material that survived in the arid soil. Chromatography proved the dye was the incredibly expensive purple afforded only by royalty, made by boiling thousands of rare sea snails. He’d found a flourishing, sophisticated society. But whose was it?

After extracting pieces of charcoal surrounding the finds and sending them to the University of Oxford for carbon-14 dating, he got his answer. The results astonished him: they originated in 1000 BC – the time of King Solomon. The Israeli tourist ministry immediately jumped on this by promoting visits to ‘King Solomon’s Mines’. The place may sound familiar, but it isn’t mentioned in the Bible. It’s the title of a Victorian adventure novel!

Archaeological evidence for Solomon’s kingdom had finally been found, but some scholars, including Finkelstein, remain sceptical. He has argued that although excavations in Jerusalem found some walls dating back to David, they are from a city he conquered, not one he built (2 Samuel 5:6-10). If David and Solomon had really established a great kingdom, where were the cities they administered? And if Timna was such a well-developed site, why was there a defensive wall but no housing?

Ben-Yosef says these questions represent an ‘architectural bias’. We look for buildings because that’s how our society is organised, but there are many types of nomadic societies, including incredibly sophisticated and organised ones. What if David’s subjects didn’t live in stone buildings?

Genghis Khan and his dynasty ruled from China to Eastern Europe, an area surpassed only by the British Empire, yet his empire is invisible to archaeologists. That’s because Mongolians lived in circular tents – yurts. According to archaeologists even the administrative capital, Karakorum, didn’t have many buildings. Only his many foreign workers bothered to build houses to live in; native Mongolians preferred their yurts. They remain popular today. In the modern Mongolian capital city, Ulaanbaatar, satellite images show a multitude of these circular structures. Bible archaeologists are starting to acknowledge that the lack of archaeology for the kingdoms of David and Solomon may have a similar explanation.

BACKED UP BY THE BIBLE

King David has been found on three inscriptions: in an Egyptian hieroglyph, on an archway at Dan in northern Israel, and on the Moabite stone (see here). So David was important enough to be publicly referred to by two enemy states and named on a public building at the northern tip of the kingdom ascribed to him in the Bible. All three inscriptions have suffered damage, which is why some archaeologists were previously able to ignore this evidence.

Another important discovery was made by Professor Alan Millard in Liverpool, who found an Assyrian text that referred to the “kingdom of Edom” from a time when they, too, had built no houses. So the issue now isn’t about Bible accuracy: either ancient historical data wasn’t accurate or the historians are wrong.

Archaeologists say that from the ninth century onwards, the Israelites built houses. The Bible reflects this too, because there’s only one later reference to people living in tents, which says the people had been safe “in their tents as before” (2 Kings 13:5, NKJV). This is probably an archaic phrase used deliberately by the author to convey safety and security – rather like we might say “tucked up safe”, even though we now use duvets rather than tucking in sheets and blankets.